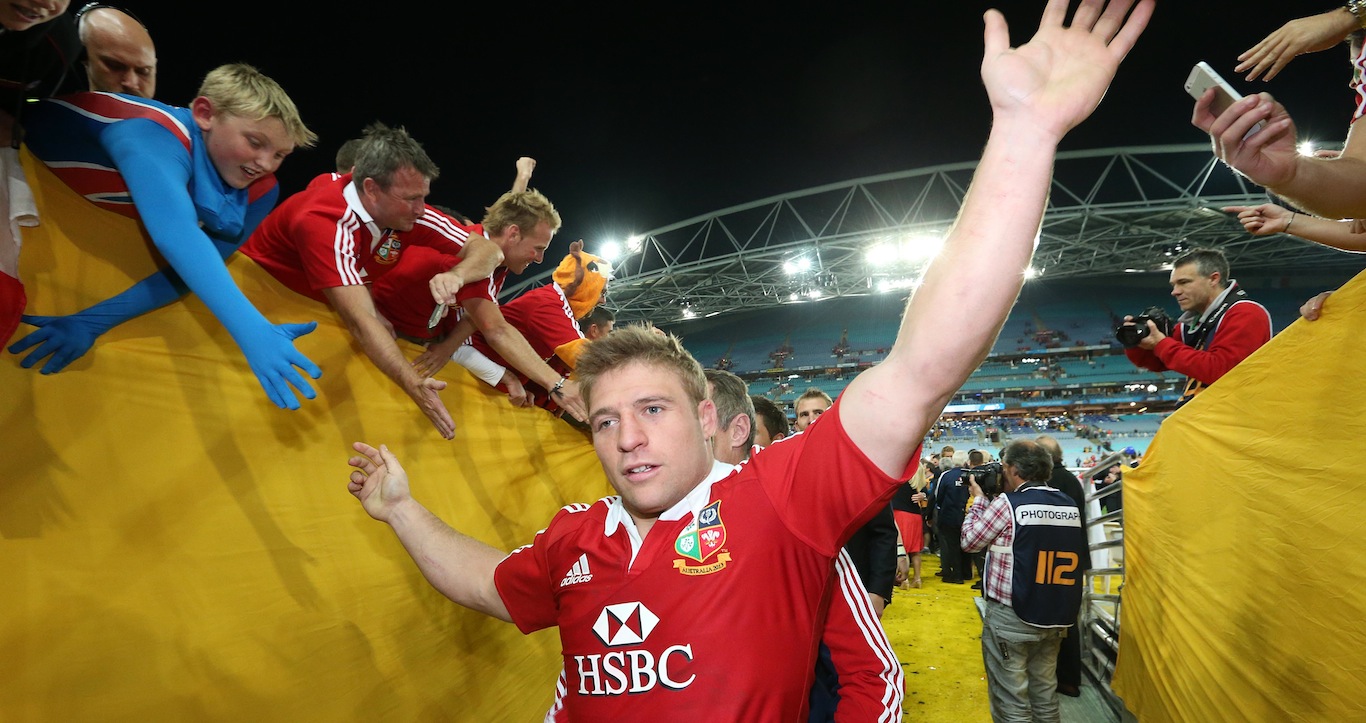 Youngs, who was a late convert to hooker, claimed the Leicester Tigers number two shirt last season and was rewarded with a place in the England front-row.

He starred throughout the RBS 6 Nations and won the Aviva Premiership before jetting Down Under with the Lions, where he feature in all three Tests.

And the 26-year-old, who was joined on tour by his brother Ben, admits it has been a remarkable journey.

"It's been a ridiculous year and it has been difficult for it to sink in, because as you go from game to game, you don't get time to think about it," said Youngs .

"When I get my down time, it was will sink in and I will probably say to myself, 'Yeah, that was a pretty special season'."

Youngs has praised a host of coaches and players at both Leicester and Nottingham, where he spent time on loan, for their influence in his progression.

"Lots of people have been important in that, and have always been there for me. Glenn Delaney, at Nottingham, was great when I was playing there and learning my trade," added Youngs.

"Then there are the players at Tigers, like George Chuter, who was just outstanding with me, and the likes of Dan Cole and Boris Stankovich, too. I used to stand over their shoulders and watch them scrummage, asking them questions all of the time.

"Even if it was the most stupidest question in the world, they wouldn't laugh, they would just help me out.

"Then there is Geoff Parling, running the line-out and helping me to get an understanding of that. I have learned a lot from these guys"

And Youngs is relishing competing, and continuing to learn from, Chuter. The former England front-row has been a long-term mentor to Youngs but appeared to be on his way out of Welford Road.

But Chuter has extended his stay with the Tigers into a 14th year and Youngs, who appeared in all three Tests against the Wallabies, has paid tribute to the influence the veteran has had on his career.

"I am delighted that George is staying on because he has been absolutely brilliant with me," added Youngs.

"I cannot thank the guy enough. The way he has approached helping me has been amazing.

"And he didn't have to help, he could have just left me alone.

"He improves my game and constantly helps me with the line-outs and my throwing.

"He has drip-fed me all of this information to help me improve at what is a very tough job. He has been brilliant.

"His help with my throwing has been particularly important in respects of helping me to understand the vast set of different types of throws and jumps. When you are learning something like that, it's very hard to understand why something is not working at times.

"But George will just give me little snippets of information or just say something that keeps me going in the right direction.

"There are so many different throws to learn being a hooker – more than anyone could ever imagine. It's endless, and it's great to have him around."