Men Behind the Tour: No.2 – Adam Jones

The cornerstone of the scrum, the most recognisable player on the pitch and now a winning British & Irish Lion, Adam Jones finally has his moment of glory. [more] 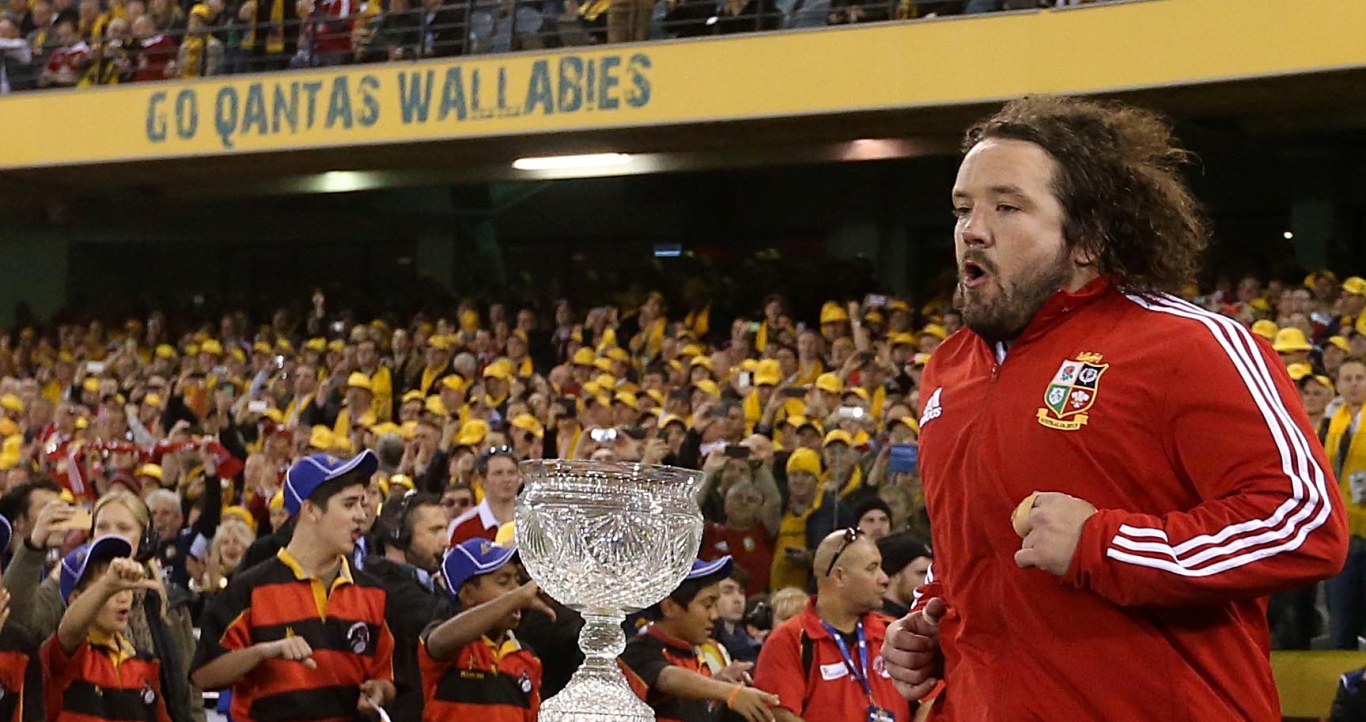 The cornerstone of the scrum, the most recognisable player on the pitch and now a winning British & Irish Lion, Adam Jones finally has his moment of glory.

One of the most popular men on the tour and the life and soul of any party, his contribution on the pitch must not be ignored.

Among only six players to have started all three Tests, Jones was as solid as a rock in the front-row against the Qantas Wallabies.

With Alex Corbisiero on the other side at loosehead in the first and third Tests the Lions scrum was totally dominant and yielded numerous penalties that Leigh Halfpenny slotted.

Six appearances in total on the tour, including five starts, saw Jones feature in the most important games of the trip.

In the warm-up games the 32-year-old was in action against the Queensland Reds and the NSW Waratahs, and clearly featured heavily in Warren Gatland’s plans.

And so it proved come the Test series as the Welshman proved immovable in the scrum and still active in the loose as the tourists secured their first series win for 16 years.

And for a man that had to leave the South African series four years ago with a dislocated shoulder, the joy of finally winning was all the sweeter.

“Winning the Lions series against Australia was the most amazing experience of my career,” Jones wrote in his BBC column.

“The feeling is so intense, it's something you want to hold on to for as long as you can.

“There was a lot of pressure going into that final game. We knew we were capable of beating Australia.
“We thought we could beat them well – but maybe not as well as we did.”

And while this is in all likelihood the last Lions series of the Welshman’s career, Jones insists there are still goals for him to achieve before hanging up his boots altogether.

“Can anything top winning a Lions series?” he added.

“I don't think so but maybe winning the World Cup with Wales in two years would come close.

“I'm decently happy with the amount I've won in Grand Slams and championships but I'd like to make the next World Cup.

“I fully understand if ‘Gats’ wants to blood new players before then. If it's the case that he wants me to finish, I'll finish.

“I'd be happy with my lot, but I would like to get 100 caps and win the World Cup and that will be me done, then.”