Having made his test debut against the British & Irish Lions, code switcher Israel Folau believes he still has much more improving to do after signing a new two-year deal with the Australian Rugby Union. [more] 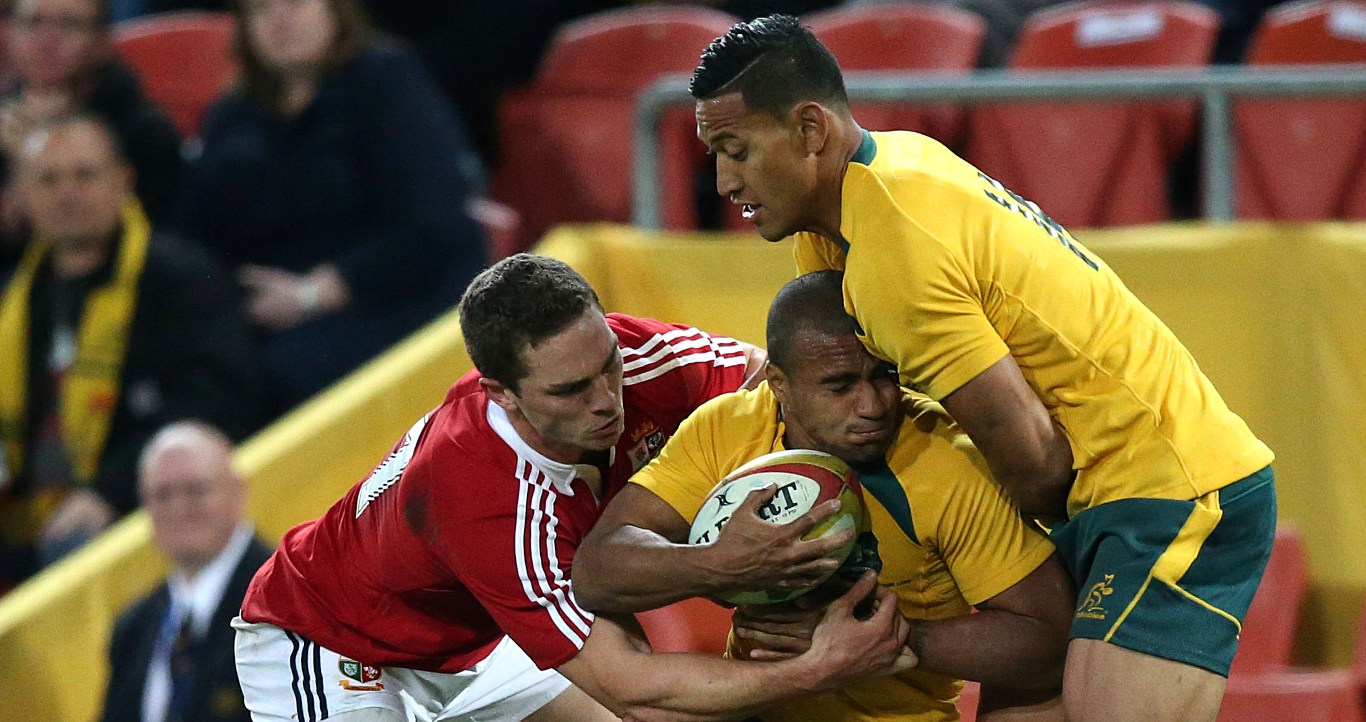 Having made his test debut against the British & Irish Lions, code switcher Israel Folau believes he still has much more improving to do after signing a new two-year deal with the Australian Rugby Union.

The 24-year-old became the only player to compete at the highest level in all three of Australia’s contact football codes when he made a memorable debut for the Wallabies in their 21-23 loss in the first test in June.

The former international rugby league and Australian rules football player ran in two tries in that game before starting the two remaining tests as the Qantas Wallabies fell to a 2-1 series loss to the Lions.

His performances come just a year after switching codes from AFL to rugby union, spending an impressive first season playing with the New South Wales Waratahs.

Folau – who felt the full force of winger George North in one of the memorable images from the second test – had been linked with a move back to Australian rules football.

But with 2015 World Cup on the horizon, the winger insists he has plenty left to offer the Wallabies after choosing to resign with the ARU.

“I feel like it would be a waste if I left the game after one year,” said Folau.

"Once the season was done, I kind of knew this is the game I feel I can take things to another level.

"I feel like there is a lot more to tick off, so that’s the reason I decided to go another two years.

"After that Lions series I really thought that ‘This is it.’ That had a big part to play, I guess I came into rugby in the right year, with the Lions series on.

"I’m just lucky to be a part of it. The hype around the series was huge, during that time it’s something I hadn’t experienced before, and something very exciting."