Until Warren Gatland's side romped to their series win in Sydney, the class of 1997 remained the last Lions squad to prevail on tour - and Jeremy Guscott's drop goal the most recent champagne moment. [more] 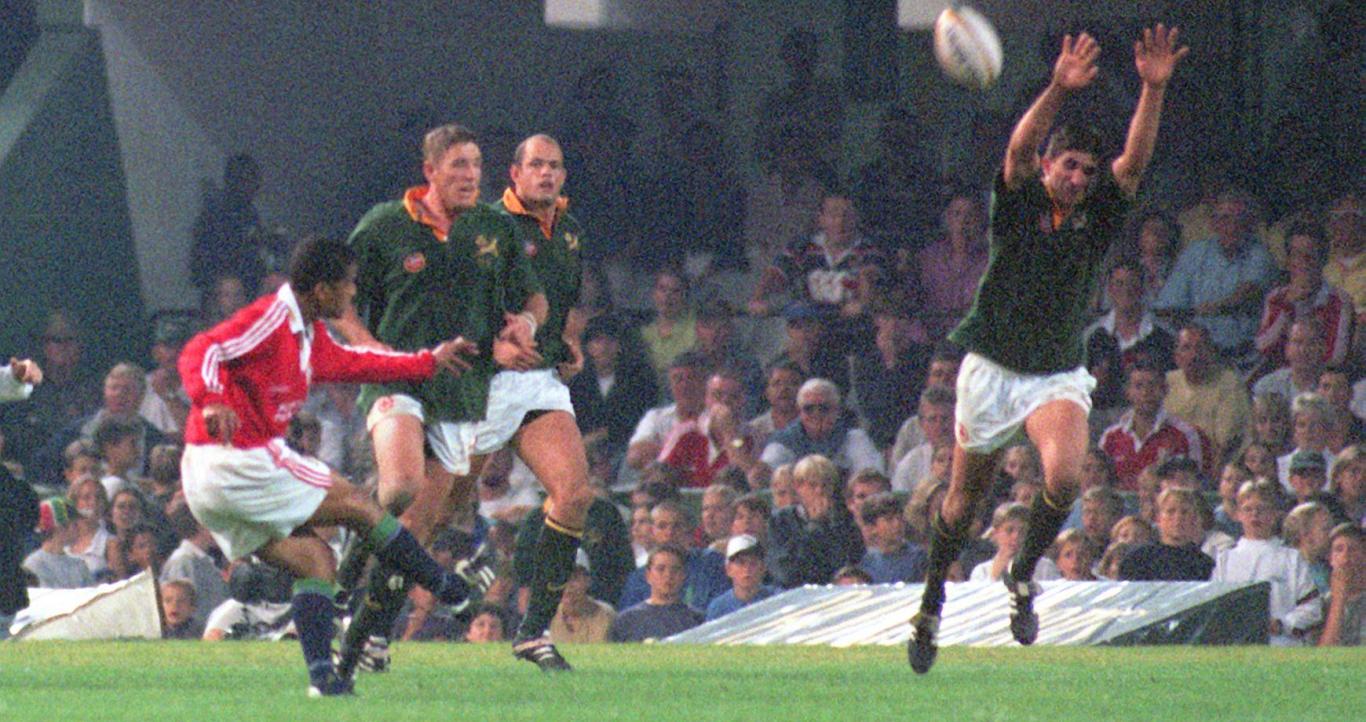 Until Warren Gatland’s side romped to their series win in Sydney, the class of 1997 remained the last Lions squad to prevail on tour – and Jeremy Guscott’s drop goal the most recent champagne moment.

Written off before they even arrived in South Africa, the Lions – led by Ian McGeechan and Martin Johnson – stood toe-to-toe with the Springboks, prevailing 26-15 in Cape Town before Guscott sealed the infamous series win in Durban.

Jim Telfer’s speech to the forwards on the eve of the first Test is now infamous and having taken a 1-0 lead, the Lions withstood all that South Africa could throw at them at King’s Park.

In truth, the Springboks were dominant in Cape Town and even more so in Durban, but the Lions refused to buckle and while the hosts scored three tries through Percy Montgomery, Andre Joubert and Joost van der Westhuizen, they were wayward from the tee and failed to land a single kick.

That meant that five penalties from the unerring Neil Jenkins ensured the scores were tied at 15-15 when Guscott dropped the winning goal after the Lions forwards had got him into position with just a few minutes left on the clock.

Guscott’s kick has gone down in Lions folklore and remains one of the most iconic moments in the history of the tourists – but the former Bath man admits his centre partner Scott Gibbs has to take plenty of the credit.

“Everything the South Africans could throw it him, he took it,” said Guscott. “There was nothing that was going to stop him from performing.

“He was my minder on that tour. He would line up against the Boks and tell them exactly what he thought. They ate it up. I had to pull his jersey every now and then, tell him to ease off. He just smiled and said, ‘I’ll take it’. And he did.

“The attitude purveyed to us by the South African media and players, and several from back home, was to be prepared for a thrashing.

“We were called pussycats the whole tour. The public were very hospitable but they took it for granted that the Springboks would win.”

As for the drop goal, it all remains somewhat of a blur for Guscott.

“After the final whistle, even though I was jumping up and down and giving it the 2-0 victory sign,” recalls Guscott. “Back in the dressing room all I could think about was 'what if I had missed?'

“It just happened to be me. It was my time, my moment, one of the highlights of my career, for sure.”