Following the hugely successful Ride of the Lions adventure in Australia last summer, a 40-strong team took on a gruelling UK challenge at the end of last month in aid of two important charities. [more] 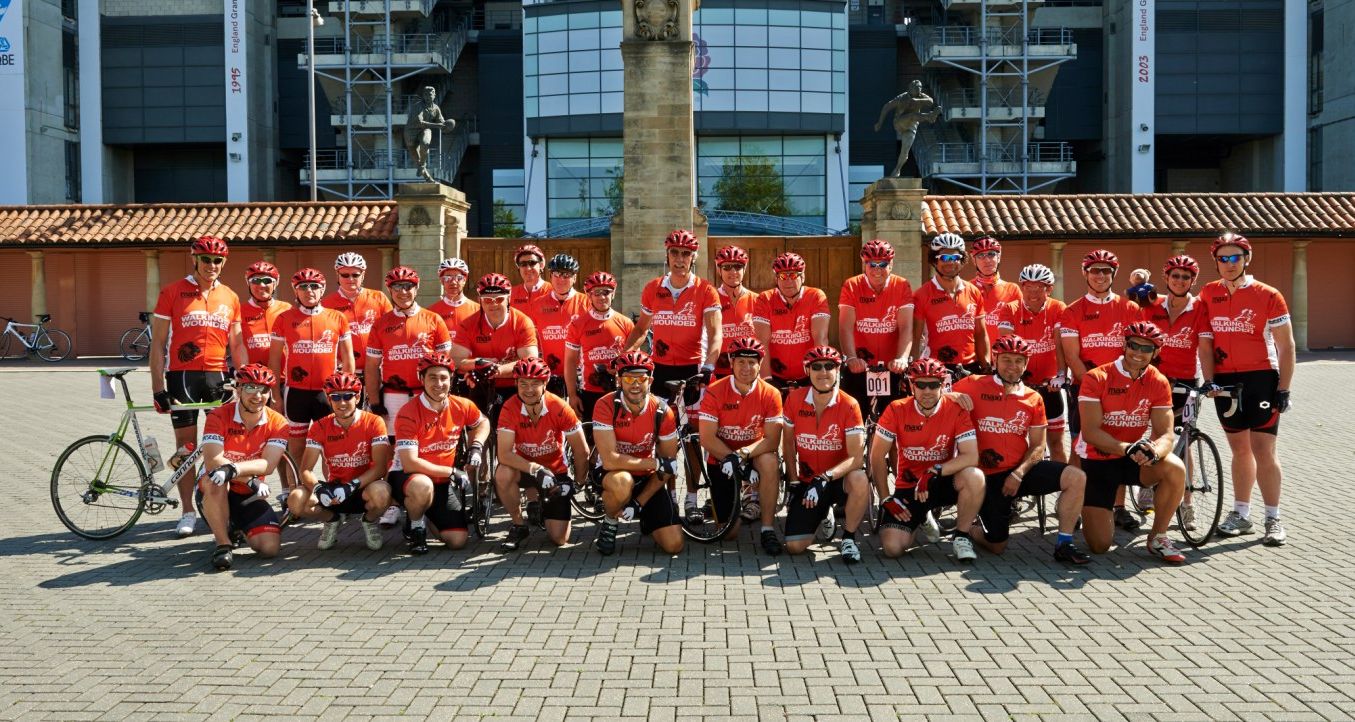 Following the hugely successful Ride of the Lions adventure in Australia last summer, a 40-strong team took on a gruelling UK challenge at the end of last month in aid of two important charities.

Among the team were nine former British & Irish Lions, including Colin Charvis, Roger Uttley, Peter Winterbottom and Craig Chalmers, as they raised £50,000 for The Lions Charitable Trust and Walking with the Wounded.

With more than 600 miles in eight days, from Twickenham to Murrayfield – via the Millennium Stadium and the Aviva – the challenge was not for the faint-hearted.

However, as ride director Mike Gore was happy to recount, that didn’t stop the group from breaking up the journey with the occasional celebratory evening.

“We safely made our way, in beautiful weather to the majestic Millennium stadium by the end of day two,” said Gore. “Colin Charvis and Dafydd James led the peloton over the Severn Bridge and later into the Stadium

“We then made it to Ireland in one piece and the only complication was keeping our riders out of the ferry bar as we had a 20km ride to Wexford at the other end.

“Onto Dublin and after a long night in The Hairy Lemon it was a rather subdued, but not bowed, group who made it on to the coach to catch the Larne ferry to Cairnryan and take us to the last stage of our journey.

“The end was nigh with the last long stage to come, from Ayr to Cardrona. This was an undulating but beautiful stage and the riders, though sore by now had also found their riding legs.

“With a mere 40 miles left to Edinburgh on the last day, the riders felt safe to let their hair down and a few drinks were taken with the obligatory court session.

“Normal rules apply here – what goes on tour etc but you may find more details on unofficial blogs elsewhere!”

For a full account of the journey, visit www.rideofthelions.co.uk