Cooper: Australia can inflict second defeat on All Blacks

Quade Cooper insists Australia are out to prove lightning does indeed strike twice against a New Zealand side whose 22-game unbeaten streak came to a halt at the hands of South Africa. [more] 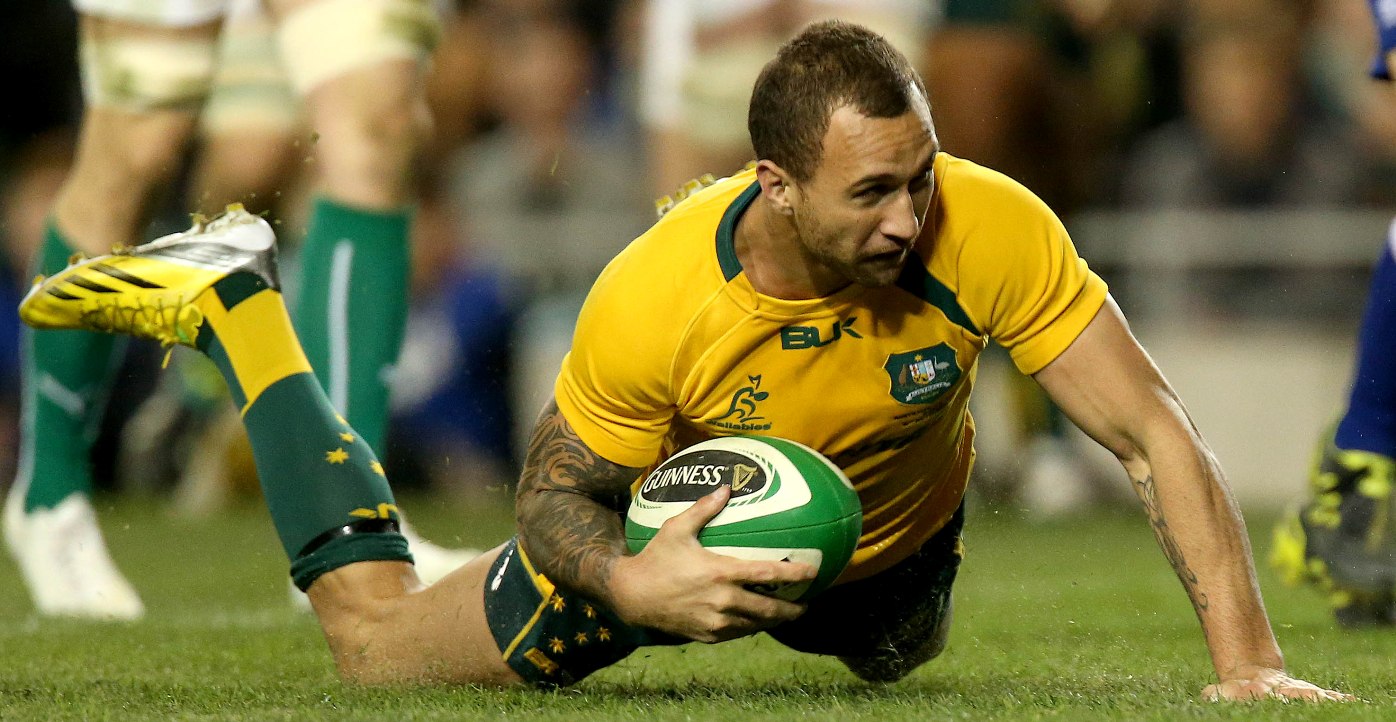 Quade Cooper insists Australia are out to prove lightning does indeed strike twice against a New Zealand side whose 22-game unbeaten streak came to a halt at the hands of South Africa.

A last-gasp Pat Lambie penalty saw the All Blacks fall for the first time in nearly two years at the start of October, as the Springboks edged a 27-25 victory.

It was a reminder that the British & Irish Lions will be facing mortals when they tour New Zealand in 2017 – but wounded animals are always a dangerous prospect.

And so it could prove for the Wallabies next weekend, who are playing for pride in the third fixture of the Bledisloe Cup after a loss and a draw in August ensured the All Blacks retained the trophy.

But fly-half Cooper, who as a named replacement could pull on the gold jersey for the first time since last year’s autumn internationals, is adamant his side can edge the mental battle – despite their own loss to Argentina last week.

"It's an attitude thing – you've got to understand that they [New Zealand] are beatable," Cooper told the Sydney Morning Herald.

"They were beaten by a quality South African team last week, so they're going to come out guns blazing, but at the same time, we know that if we can pull ourselves together, have the right attitude, turn up and play the game we know we can play, then everything goes back to square one.

“They will have lost two games in a row, it ends up being a squared series.

"It all comes back to the attitude. Every player's got the skill set, you don't lose that in one week, two weeks, in six months, but the attitude is something we can really pick up. And on the back of a tough loss, I know all the boys will bounce back and be ready for a big outing."