In the first of a series of interviews, British & Irish Lions fans reminisce on their favourite tour memories. Here Jack Travers recounts his trip to Australia for the 2013 series against the Wallabies. [more] 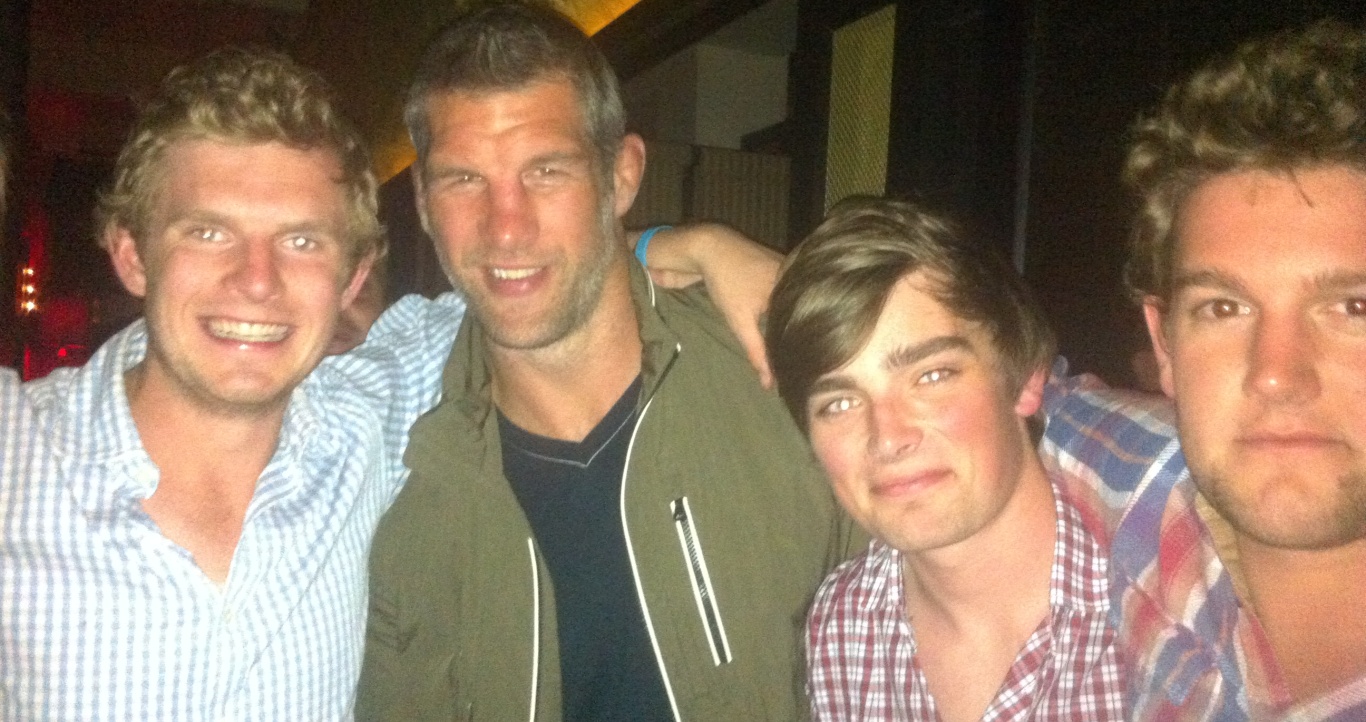 In the first of a series of interviews, British & Irish Lions fans reminisce on their favourite tour memories. Here Jack Travers recounts his trip to Australia for the 2013 series against the Wallabies.

Following the Lions is a dream ticket, the kind of once-in-a-lifetime trip that must be taken at some stage – then repeated every four years for the rest of your life.

I toyed with the idea for quite some time before deciding one night to throw caution to the wind and just book the flights to Brisbane for June 2013. It remains one of my few great decisions.

There is something truly magical about following a team full of hope, promise and careful expectation halfway round the world and loving the experience so much that you promise to never miss another tour.

There are a myriad of reasons why Lions tours provide arguably the premier fan experience in world sport.
Firstly, there is the rugby. Aside from a few examples, the Test series and most of the tour games are brutally competitive.

The most recent Australia series saw two of the tightest Test matches you could ever hope to witness, matches that saw fans put through every experience imaginable.

Nobody likes to see a player fall over when kicking the penalty that could win them the game – nobody that is unless you were one of the 30,000+ Lions fans in the Suncorp in Brisbane…

For those that believe in karma, those celebrations turned to despair when Leigh Halfpenny was unable to nail the kick to seal the series in Melbourne’s Etihad and saw this finely-poised series go to a decider. There was nothing last-minute about that one in Sydney though.

The series had everything and what made it so much better was the incredible spirit it was played in, from players and fans alike. Rivalries are so much better if you can go and share some beers after before locking horns again 12 years later.

That is ultimately what makes the matches so amazing. The fact that the players involved only come together every four years and spend the intervening period beating each other adds to the magic.

Then there is the social element of being on tour. And my word does it deliver! I had stratospheric expectations of the tour in terms of how much fun we would have and somehow it matched these and then some.

A friend of mine had featured on the 2009 tour to South Africa’s legendary documentary, Living with Pride, so I was naturally keen to match that feat as well as meet some of the players.

I was disappointed not to achieve the former, but we got lucky with the latter and it was a cracker. Holed up in a three-tier bar in Melbourne, we were drinking away when in stroll Simon Shaw, Paul O’Connell, complete with sling, Rory Best and strangely, Christian Wade. This small and pacy winger seemed a bit out of place among these three towering tight five forwards but that’s the joy of a Lions Tour I suppose!

They were all kind enough to chat, answer all the questions and take a few selfies, which were immediately tweeted for jealous friends and family back home to see!

It was a thrill to be around them in an informal capacity and Paul O’C couldn’t have been nicer.

It is just great to be supporting a team who know the value of the fans and how much money the fans spend to cheer them on. All it takes is a few photos and a beer and they make the whole tour worthwhile for these supporters. I know a lot of players and teams who wouldn’t do that but the Lions definitely did and it is part of what makes the tour so special.

The fact the three destinations on the roster are three of the most amazing countries to visit in the world is also key.

I have yet to enjoy New Zealand but Australia was predictably brilliant. We managed to squeeze in a few days on Fraser Island, head to Byron Bay and recharge from Melbourne on the Mornington Peninsula, playing some golf and wine tasting as well as all the time we spent in Brisbane, the Gold Coast and Melbourne.

We made some great memories on that trip. We went deep sea fishing, started a 100-man driving maul outside the Etihad, sang the four national anthems with gusto in packed bars and generally had the time of our lives.

Like Jack, you too can join the Lions on Tour. Pre-register here to be the first to hear about Tour packages for New Zealand 2017.