Super Rugby has returned in all its glory in 2015 and here we review the 13th round of games, focusing on the New Zealand franchises with the upcoming British & Irish Lions tour in mind. [more] 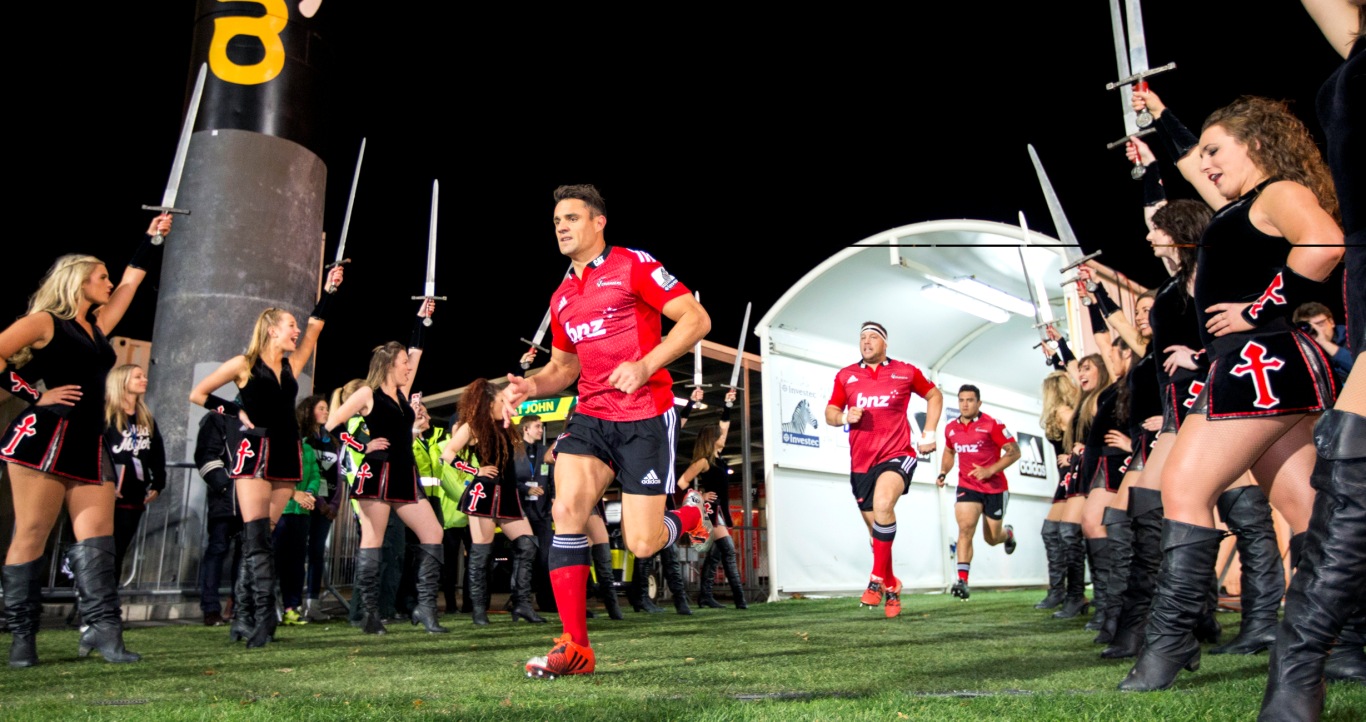 Super Rugby has returned in all its glory in 2015 and here we review the 13th round of games, focusing on the New Zealand franchises with the upcoming British & Irish Lions tour in mind.

Dan Carter and Nemani Nadolo stole the show as the Crusaders kept their hopes of a Super Rugby play-off place alive with a thumping eight-try win over the Reds.

All Black record points scorer Carter, in what was in all likelihood his last game in Christchurch for the Crusaders, continued to impress at inside centre.

While Nadolo scored two tries, made two more and was taken off after an hour as the Crusaders sealed a 58-17 win over the Reds.

Todd Blackadder’s side need to be nigh-on perfect in the season run-in or they risk missing the play-offs for the first time since 2001.

Elsewhere on Friday the Blues’ struggles in 2015 continued as, without injured All Blacks Jerome Kaino and Charles Piutau, they slipped to a 42-22 defeat to the Rebels.

On Saturday the Hurricanes all but sealed their spot in the play-offs with a hard-fought 32-24 win over the Sharks but they are facing something of an injury crisis at fly-half.

Already without All Black Beauden Barrett, James Marshall went off late on in their narrow win with a knee injury.

But All Blacks Cory Jane, Conrad Smith and Jeremy Thrush all crossed the whitewash to keep the Wellington-based franchise top of the overall standings.

The Highlanders’ post-season hopes were not helped by a tight 28-23 loss to the Lions in Johannesburg.
Malakai Fekitoa crossed over for the Highlanders while Ben Smith slotted a drop goal alongside ten points from the boot of Lima Sopoaga but it was not enough to prevent defeat.

Elsewhere Western Force continued their hoodoo over defending champions the Waratahs, the Perth-based side sealing an 18-11 victory in front of their home fans.

But the Waratahs were not made to pay too badly in the Aussie conference standings as the Brumbies also slipped to a narrow 25-24 loss at the Stormers.

Two-time Super Rugby champions the Chiefs enjoyed a bye week as did the Bulls and the Cheetahs.