In the third of a series of interviews, British & Irish Lions fans reminisce on their favourite tour memories. Here Ian Besant recounts his trip to Australia for the 2013 series against the Wallabies. [more] 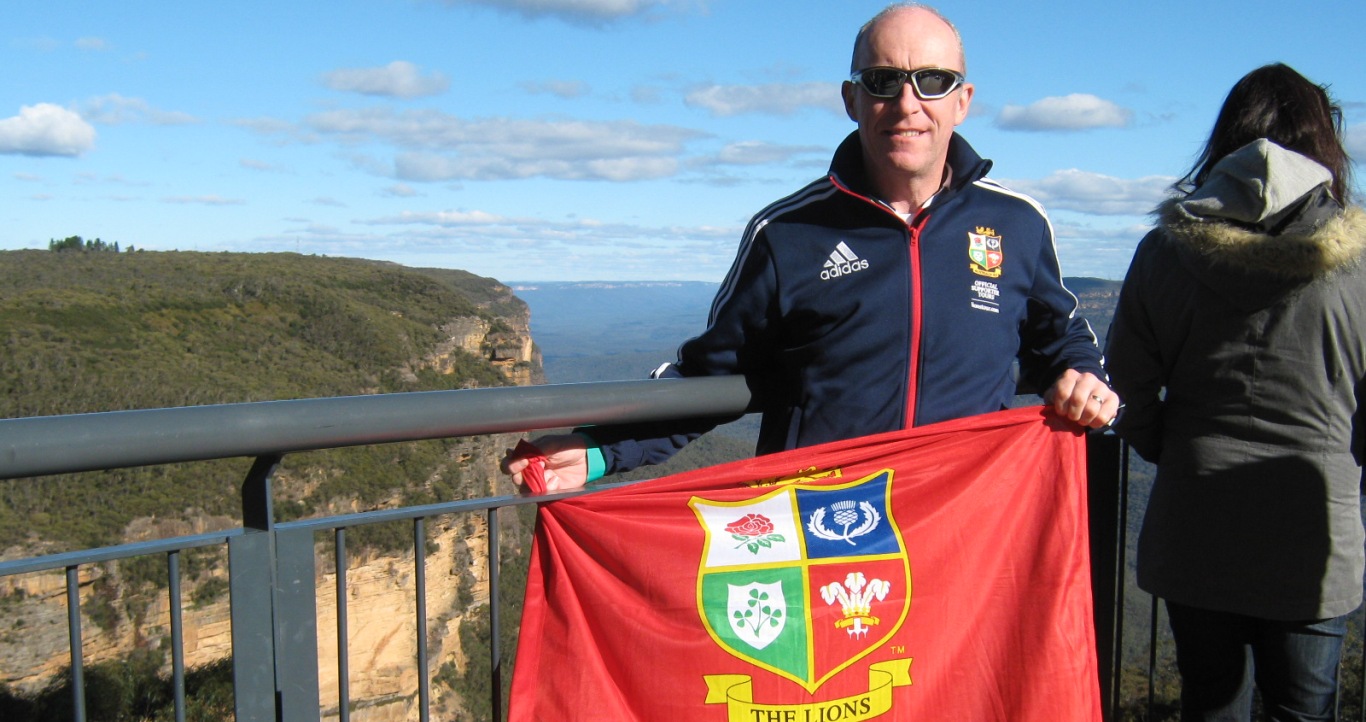 In the third of a series of interviews, British & Irish Lions fans reminisce on their favourite tour memories. Here Ian Besant recounts his trip to Australia for the 2013 series against the Wallabies.

The final game of the 2013 tour was a day I’ll never forget. The way that match played out was perfect, and I still get goosebumps watching replays of the tries.

It truly was a fantastic holiday, and between my wife and me, we had a fabulous time – even though she is not the biggest of rugby fans!

I am of course a fanatic, and my wife desperately wanted to go to Australia on holiday, so she realised the only way she was getting out there was to go and watch the rugby.

I got to see four games including the three Tests with the Wallabies, and she got to do everything she had ever wanted. We had a fabulous time.

The first thing I remember is meeting Jason Robinson at the airport when we touched down in Brisbane.
Jason and George Gregan were there welcoming the fans, and were quick to come over and chat to us.

After spending 17 hours on the plane I remember feeling absolutely awful, but when I heard Jason Robinson was there it really perked me up as he is one of my heroes.

My jaw dropped as I am so in awe of him as a fan, which is a bit daft really as I’m 54-years-old.

Getting to meet him really put the life back into me, and George Gregan was another nice chap. It was great to see the two of them together, and it started the holiday off brilliantly.

Then on arrival at the hotel I got to meet another one of my Lions heroes, Brian Moore, who was staying in the same place.

We had a fantastic time the evening before the first Test, as we went to the Lions fans’ do in Brisbane.

That was great fun anyway, but was made even better as my wife had her name pulled out of the draw and we got our tickets upgraded to a box.

Lions Rugby Travel put on these events prior to every Test match, and it was really great to go and meet all the fans and the ex-players that were there.

Alan Quinlan pulled my wife’s name out, Donal Lenihan presented the prize, and we got moved into the box where as much food and drink as we could take was laid on.

The atmosphere was immense, and on the Saturday thousands of Lions fans descended on Brisbane.
Before the game there were so many of them streaming past our hotel. The bars were full and soaking up the atmosphere on the walk to the stadium was a lovely experience.

The Lions fans really made it special; it was excitement, it was nerves, and then to get to the ground and get the upgrade really capped it off.

Mark Regan was in the box with us and it was fantastic; sitting right in the middle of the stadium, and there was great banter going on between the two sets of fans.

We then flew down to Melbourne to spend a couple of days exploring there, took in the Rebels game and of course the Test match too.

We went to the fans event again, and Manic Street Preachers – who were touring Australia at the time – played the night before the game and really got everyone up for it.

Then after the game we were off to Sydney for the final test, and this time the fans area before the game was in the ice hockey stadium.

That was the biggest one and there were thousands of nervous Lions fans attending.

I was worried we were going to blow it, but Andy Nicol got up on stage and really pumped everyone up for the game.

It was such an emotional rollercoaster that night as I was so excited, nervous and desperate for us to win, but within five minutes of the players coming out you couldn’t feel anything but happy.

Although I’d been to Australia for the Ashes in 1988, I couldn’t remember that much about it, and to have trips and activities lined up for us by Lions Rugby Travel was fantastic.

We organised everything through the Lions and we filled every day we could – the organisers clearly knew what people like us were looking for.

My wife did a skydive, I went on the MCG tour, and we went to Steve Irwin’s Zoo in Brisbane, Tangalooma Island, Phillip Island, the Great Barrier Reef at Port Douglas and finally the Blue Mountains – we wore our Lions jerseys with pride on all the excursions.

For me, winning the series made it extra special, although it would not have ruined the holiday had we not won.
I’d love to go again. Being a rugby fan, New Zealand is the place to go and watch the Lions play, and if they did win there I think it would be an even greater achievement.

But I’ll have to persuade my wife first! And any tour we did in the future – whether it be New Zealand or South Africa – would have to go some way to beat Australia.

Like Ian, you too can join the Lions on Tour. Pre-register here to be the first to hear about Tour packages for New Zealand 2017.