In the fourth of a series of interviews, British & Irish Lions fans reminisce on their favourite tour memories. Here Norman Roberts - father of Lions centre Jamie Roberts - recounts his trips to South Africa and Australia. [more] 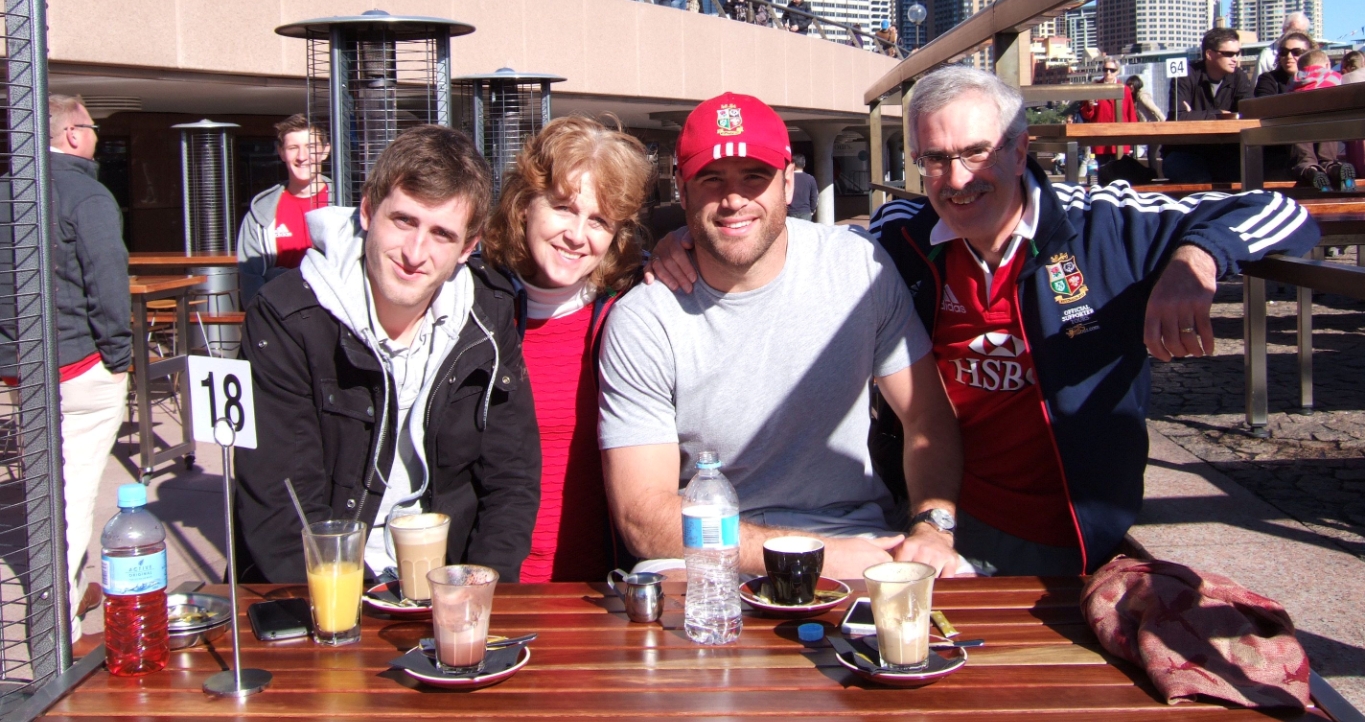 In the fourth of a series of interviews, British & Irish Lions fans reminisce on their favourite tour memories. Here Norman Roberts – father of Lions centre Jamie Roberts – recounts his trips to South Africa and Australia.

Watching your son represent the British & Irish Lions truly is an amazing thing, so going over to South Africa in 2009 to see Jamie start the first two Test matches was a special experience.

I actually retired at the start of April that year and they announced the squad a couple of weeks later so it all worked out perfectly and allowed me to go along for a memorable tour.

Seeing him win the Player of the Series award at such a young age and watching him forge an effective partnership with Brian O’Driscoll was absolutely fantastic despite the narrow defeat overall.

Then four years later, seeing him go through to score a try in that memorable third Test was something else. The whole performance was amazing and to witness them sealing a first series win since 1997 was amazing.

After that special game we went back to the team hotel and said hello to Warren Gatland – my wife got a photo with him which was fantastic, and it all added up to a brilliant day.

On top of those personal moments, one of the highlights of a Lions tour for me is meeting so many people that love rugby like yourself, and then staying in touch with those newfound friends.

Those friendships honestly stand out for me. I’d say the people you meet and the bonds you make are as important as the rugby itself – you keep meeting those people and catching up through other rugby travels in the UK, Ireland and Europe.

That community feeling is truly amazing, and staying in touch with people you have enjoyed those experiences with is quite unique.

Obviously mixing that with seeing them win a series as they did in Australia is fantastic, it all adds up brilliantly.

Away from the rugby, a Lions tour allows you to see so many fantastic things. I would say that of the three tours I’ve been on, the South Africa one stands out because of the incredible landscapes, the safaris and the general variety.

But Australia was special as well, going up to the Barrier Reef was very memorable, and having the chance to go to Uluru was another highlight on the trip for us.

Travelling with Lions Rugby Travel meant we could combine these amazing experiences as well as other extras like watching the team train and access to the Lions that you wouldn’t normally get. This was even more special for us with Jamie being part of the squad.

The opportunity to see the guys training in Perth was a real moment that stands out for me, watching them up close and personal as they prepare for these matches is a pretty unique experience.

And I’ll never forget the day of the third Test – from start to finish it was a truly special one.

We had lunch with the rest of the group, there was a really good team quiz and then we went to Lions Rugby Travel’s Lions Den at the ground and saw the Manic Street Preachers – Jamie actually got the chance to play with them before in Melbourne when he was injured, he is a guitarist and a very big fan!

When the rugby started in that final match it was absolutely fantastic, watching history as the Lions claimed the series win was truly outstanding – and seeing Jamie cross the line just capped it all perfectly.

Like Norman, you too could have experiences of a lifetime on tour with the Lions. Pre-register now to be the first to hear about Tour packages to New Zealand in 2017.