In the fifth of a series of interviews, British & Irish Lions fans reminisce on their favourite tour memories. Here Colin Moffitt recounts his trip to Australia for the triumphant 2013 tour against the Wallabies. [more] 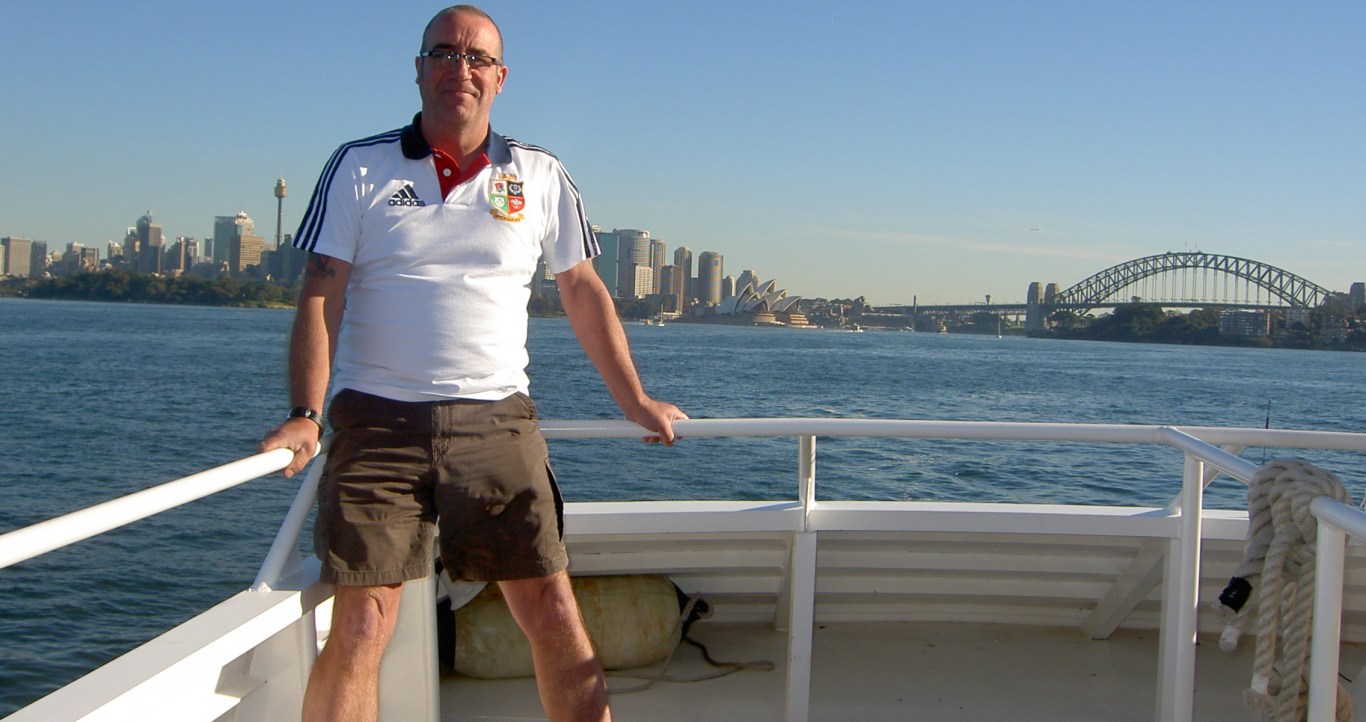 In the fifth of a series of interviews, British & Irish Lions fans reminisce on their favourite tour memories. Here Colin Moffitt recounts his trip to Australia for the triumphant 2013 tour against the Wallabies.

Upon retiring after 32 years in the forces, the Australia tour was my present to myself – and the whole experience made it all very special.

Getting the chance to see all three Test matches while also taking in an amazing country at the same time is brilliant, and as it was my first Lions trip, that just added to it.

There was so much drama in the first two matches with the Wallabies, being there to experience it wasn’t easy! I genuinely couldn’t look when Kurtley Beale stepped up to take the kick right at the death in Brisbane, but the way it turned out and hearing the cheers as he slipped over was brilliant.

Seeing them beat us in pretty much exactly the same way in Melbourne was disappointing, so after all that I couldn’t believe it in Sydney when we romped to victory – you could just sit back and enjoy the brilliance.

The best part for me of it all was when Jamie Roberts went over to put us 25 points clear, then watching all the Australia fans getting up and leaving the stadium.

Before the game they were giving out gold scarves and flags and stuff like that outside the ground to try and turn the stadium gold, so it was quite funny to see how it worked out with everybody in red loving every moment.

The camaraderie of it all on the tour is very special. I went on the trip by myself, but it doesn’t matter – wherever you sit, you just end up talking to everybody and you get to share these memorable moments.

That is the case as much away from the matches as well. I was in a pub in Melbourne one night watching the rugby league on TV and a few guys sat down next to me. One of them said, ‘excuse me, do you mind if we sit here?’ and it turned out to be Mark Regan, a Lion from the successful 1997 tour of South Africa.

We just chatted and watched the rugby league – I apologised for being a bit awestruck, but it was just great.
I also got to meet some legends of the red jersey at the Lions Rugby Travel pre-match talks, which was a fantastic part of the tour. Hearing from guys like Jeremy Guscott and Shane Williams was really special.

I had already been to Australia before, but I really appreciated being able to do all the touristy stuff this time round when the rugby wasn’t on.

Seeing the Sydney Opera House was amazing and a real personal highlight, and I think overall I’d say Sydney was my favourite city of the trip. I had a good look round, saw the brilliant sights from a fantastic boat tour, I went to Bondi Beach – it was all a fantastic experience.

Add the rugby in on top of that, and it’s like having two amazing holidays in one.

The whole package worked perfectly for me, all the way down to the flights – I even ran into Sir Ian McGeechan at Heathrow. Everything Lions Rugby Travel provided was superb, you really couldn’t ask for more – and that includes the result on the pitch.

I would love the chance to do it all again, I’m really keen on going to South Africa so hopefully I can be there with the Lions in 2021. And if I’m still up for it then I would love to go back to Australia as well!