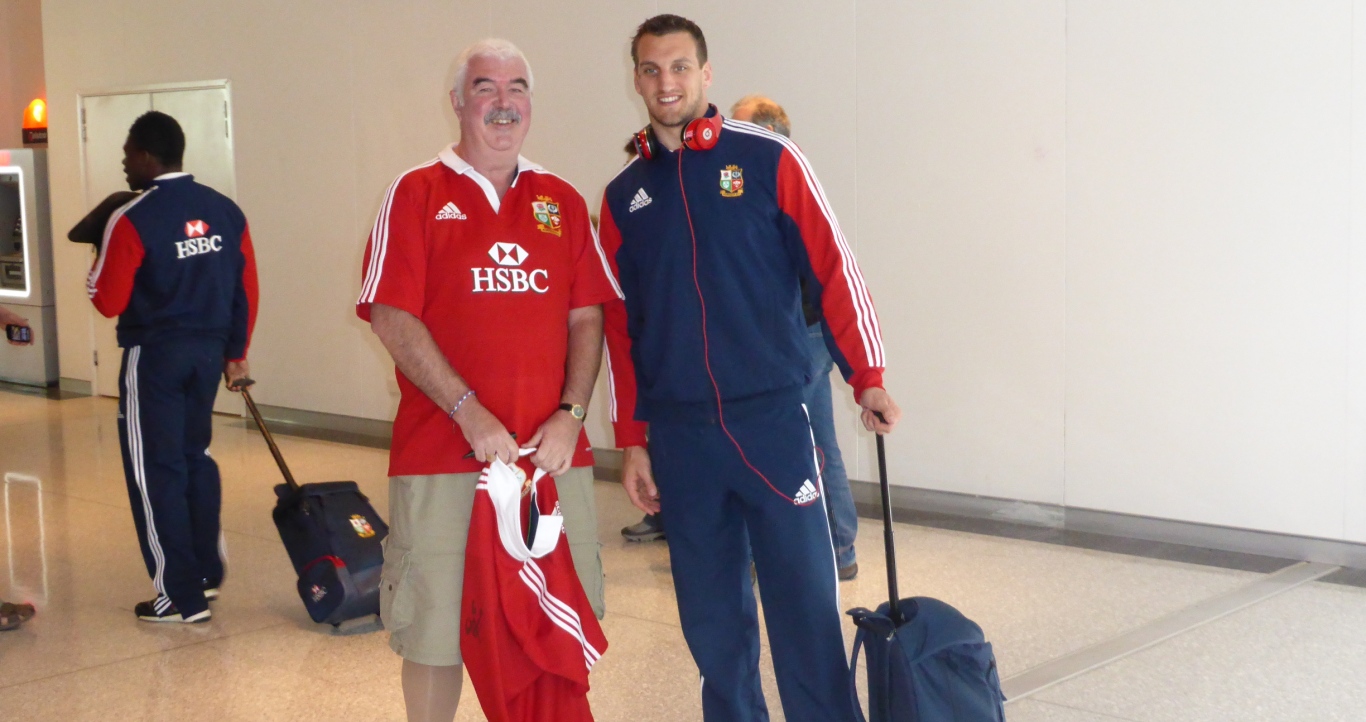 Colin Doak already knew everything there is to know about the power of the Lions, having toured New Zealand in 2005 and South Africa in 2009, but the series victory over Australia in 2013 was something that will live with him forever.

He and wife Suzanne didn’t miss a second of the Lions’ 125th anniversary tour – following them from Hong Kong across Australia on the full tour experience with Lions Rugby Travel, the Lions’ own travel company.

The ten-game spectacular took in seven different cities, created countless memories and inspired Colin to sign up again for the 2017 Tour to New Zealand.

“Win or lose, a British & Irish Lions tour is the best rugby experience that you will ever have – but if you win, it’s even better than the best,” he said.

“The Lions is unique and following them is the last great adventure of rugby. It gives you the chance to see a country that you might not otherwise have visited.

“For the first time we did the whole tour, which was tremendous. To go from the beginning really makes it much more special. We even went to Hong Kong first – that was a nice build-up and it just got you going for the rest of the tour.”

Colin and Suzanne were one of the very first Lions fans to book their tours to Australia, which meant their experience started even earlier – thanks to exclusive events organised by Lions Rugby Travel.

Every Priority Access Pass holder who booked was invited to a unique event with head coach Warren Gatland and tour manager Andy Irvine. For Colin, It’s those little touches that makes the difference.

“What makes it especially good is Lions Rugby Travel and the bits they add on,” he continued. “They did a pre-tour event in Reading with speakers Andy Irvine and Warren Gatland and that was brilliant.

“They took questions and answers and then came around every table and worked the audience. Even before you got on the plane, you felt like part of it.

“Then, when we were out there, we went to a training session in Perth. To go to that was fantastic.”

But it was the rugby that was truly captivating for the thousands of Lions fans who made the journey to create the ‘Sea of Red’.

“On the pitch the third and final Test was obviously the high point,” Colin added. “We just won the first Test and we just lost the second and the build-up to the third Test was huge.

“We were ahead and they came back at us in the second half and being in South Africa when we lost that second Test, we thought ‘oh no, here we go again’. When we took control of that game again, it was the moment of the whole tour.

“But it’s the extras that Lions Rugby Travel load on, like that pre-tour event and the training session, that make the experience so unique. To go to big events the night before the games and witness that, it just makes you feel much more part of it.

“If you have never been to New Zealand and you are thinking about following the 2017 tour, I would suggest you go for it!”