The 1993 British & Irish Lions tour to New Zealand was the last of the amateur era but it took a performance of ruthless professionalism by a wounded All Blacks side to edge a thrilling series, remembers Gavin Hastings. [more] 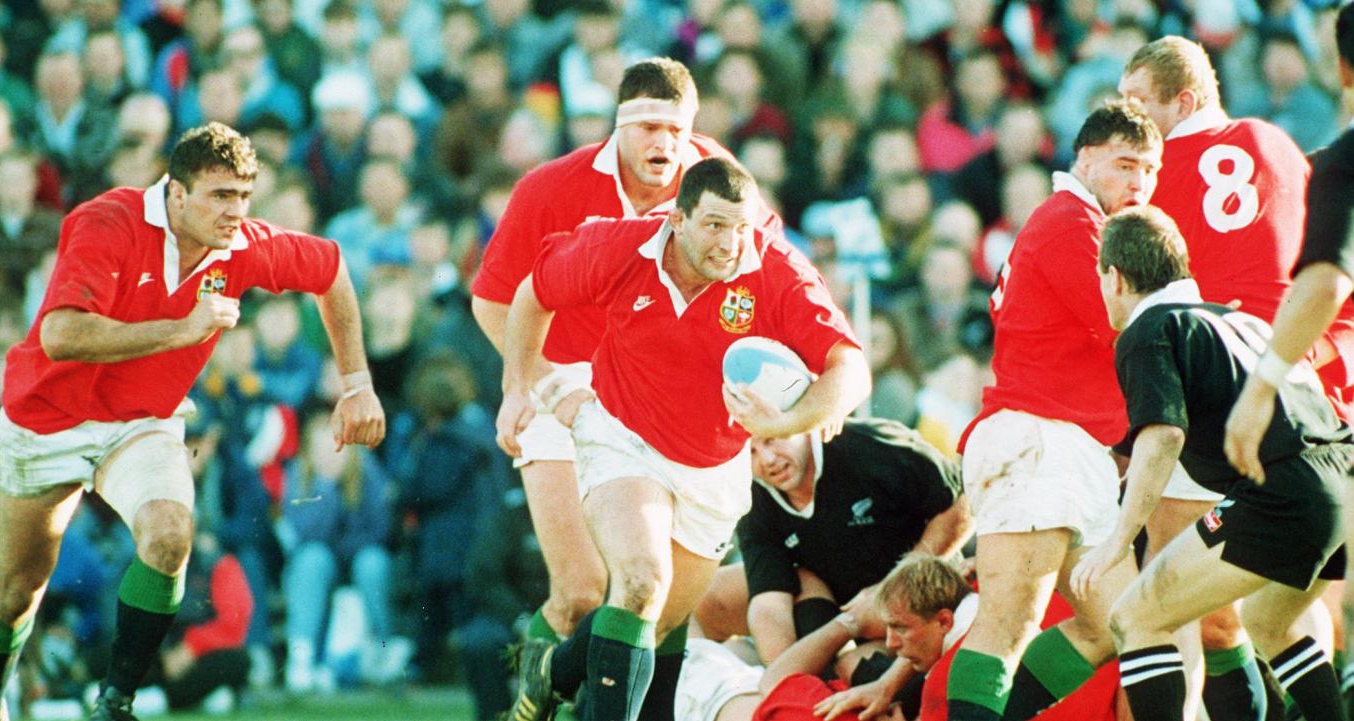 The 1993 British & Irish Lions tour to New Zealand was the last of the amateur era but it took a performance of ruthless professionalism by a wounded All Blacks side to edge a thrilling series, remembers Gavin Hastings.

Despite needing a late penalty to secure a 20-18 victory in the first Test at Christchurch, the hosts remained favourites to claim the series in the second Test at Wellington.

Yet the Lions, captained by Hastings, produced a stunning upset as Rory Underwood’s try and Martin Bayfield’s lineout domination inspired a 20-7 triumph and the biggest ever win against New Zealand.

The manner of defeat saw the All Blacks cast in the unfamiliar role of underdogs for the final Test, with the side maligned by their own press as rudderless and a number of selections questioned.

Not that the visitors enjoyed an ideal preparation either, losing the preceding midweek game to a Waikato side featuring future Lions head coach Warren Gatland, who scored the final try.

And with a first series win over the All Blacks since 1971 at stake, head coach Ian McGeechan and skipper Hastings were keen to impress on their troops not to write off their opponents.

“I remember Sean Fitzpatrick telling me after the second Test, 'just wait until you read the papers',” Hastings told The Telegraph.

“I thought, if that's what you think, then think again, because I had been in New Zealand many times and had seen what motivates these people.

“I spent the whole week convincing our guys this would be the hardest match of their lives, which is exactly what it turned out to be.”

In the decisive Test, the Lions led 10-0 after 30 minutes but were soon overpowered by a resurgent New Zealand, who learnt the lessons of their earlier defeat to claim a 30-13 triumph and the series crown.

Driven to prove their critics wrong, the hosts were also not short of motivation in the dressing room, with head coach Laurie Mains delivering a broadside against his team, as documented in Robin McConnell’s book Inside the All Blacks.

Mains said: “Do you accept losing a Test match? I don't. I don't know why anyone plays at this level, or why I do this job, if we easily accept a loss…We need guts, we need good Kiwi toughness and heart. Above all, you're All Blacks. What are you going to do about it?”

The answer was a performance of grit and invention as the Kiwis’ nullified the Lions’ set-piece prowess by keeping the ball in hand to play an expansive game that proved beyond the tourists’ capabilities, as Hastings later acknowledged.

“After the second Test, New Zealand digested everything we had done right, everything they had done wrong and turned their game plan around,” he said.

“They read our lineout, kicked the ball long rather than into touch, had control of possession from about 20 minutes in and we couldn't get hold of the ball.

“Even when we were 10-0 up they controlled the phases of play and we were well beaten by the end.

“When you have a great performance and have raised your game to produce it – which is what we did in the second Test – it's very hard to maintain that level two weeks in a row. We just couldn't do it.”