Once a Lion, always a Lion - that also goes for the fans who make the pilgrimage every four years to support the greatest touring rugby team in the world. [more] 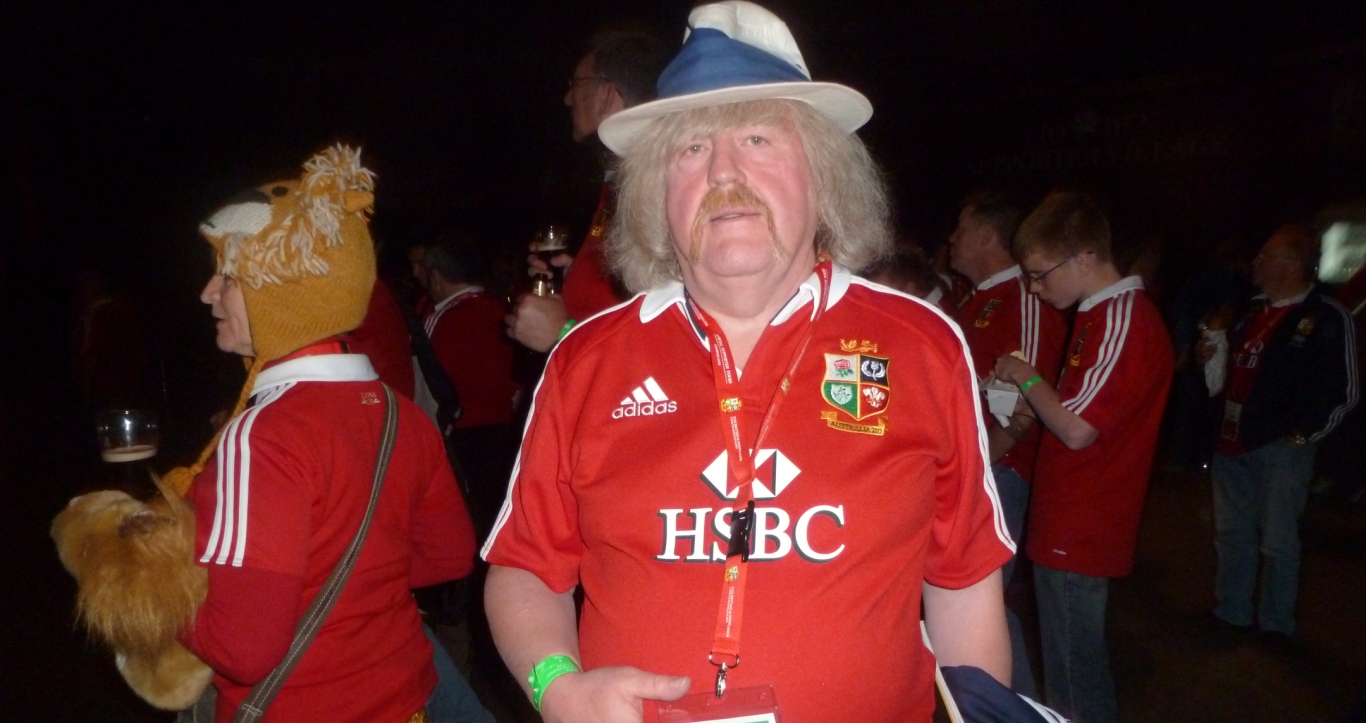 Once a Lion, always a Lion – that also goes for the fans who make the pilgrimage every four years to support the greatest touring rugby team in the world.

And Derrick De-Negri secured his own personal hat-trick with the Lions in 2013, having flown out to South Africa and New Zealand in prior tours.

This time he saw the Lions emerge victorious but he admits it’s not just the rugby that he’s sunk his teeth into as a tourist over the last ten years, and the 2013 tour, organised by Lions Rugby Travel, was the very best.

Indeed, Derrick says he’s become a proud member of the Lions family after forming long-lasting friendships with many of his fellow tourists.

“The 2013 tour all the more special for me as I’d retired the day before I left for the Southern Hemisphere,” Derrick recalls.

“I always travel by myself but you soon mix in with your tour group. This one was about 26 people who did the whole tour, and our tour co-ordinator nicknamed us the ‘Lion hearts’.

“She was absolutely brilliant and always made herself available to the whole group. She also found the group some really good bars and restaurants in the places we stayed in.

“But there were many familiar faces from the previous Lions tours – you do seem to become a family, whether on tour or keeping in touch in between. One of my tour group. Mike Evans, was also in South Africa with me and I bumped into many more while we were in the different cities in Australia, either in the grounds or in pubs.

“I have met up with four people within the group at the England v Australia game at Twickenham in November 2013, and also bumped into one of these at the Varsity game in December 2014.”

There is more to a tour than simply rugby with Lions Rugby Travel. Special events, supporter villages, a gala dinner, excursions – the Lions’ own travel company get fans closer to The Lions and the destination than ever before.

“There were all sorts of places to visit during the tour,” Derrick said. “I went to Hunter Valley, which was a fantastic wine tasting trip, as well as Ayres Rock, Cairns and Phillip Island. That’s all without mentioning the rugby.

“Andy Nicol joined with our group for much of the time – he also compered various social events – which was really great, you could always have a chat about anything with him.

“Our group were also fortunate to be able to go along and see the team train when we were in Perth, which was a new experience for myself.”

And Derrick is aiming to be back on the plane for the next Lions tour to New Zealand in 2017 to create further memories that are sure to last a lifetime.

“The last Test in which the Lions destroyed Australia was something I’ll cherish forever,” Derrick said.

“Winning the series was the icing on the cake for a brilliant six weeks, and a number of the group said that they hoped to be able to make New Zealand. I haven’t seen either the Lions or England win a series in New Zealand, so hopefully this can be put right.

“I remember I was asked during tour to make a comment on what Lions tours mean to me – all I could say is that it makes the hairs on the back of your neck stand up on end. It’s something people need to experience for themselves.”

Fans are now able to guarantee their place on the 2017 Tour to New Zealand with a fully refundable £250 Priority Access Pass for the official supporter packages. Guarantee your place at the front of the queue when ticket-inclusive travel packages go on sale during the 2015/16 season, and also receive an exclusive invite to meet the Lions Head Coach before their depart for New Zealand. With exclusive access to special events, flights and hotels, it’s the genuine Lions experience – click here for more details.