Aaron Smith and Sam Cane crossed for second-half tries as New Zealand survived an early scare to kick off the defence of their World Cup with a 26-16 win over Argentina at Wembley. [more] 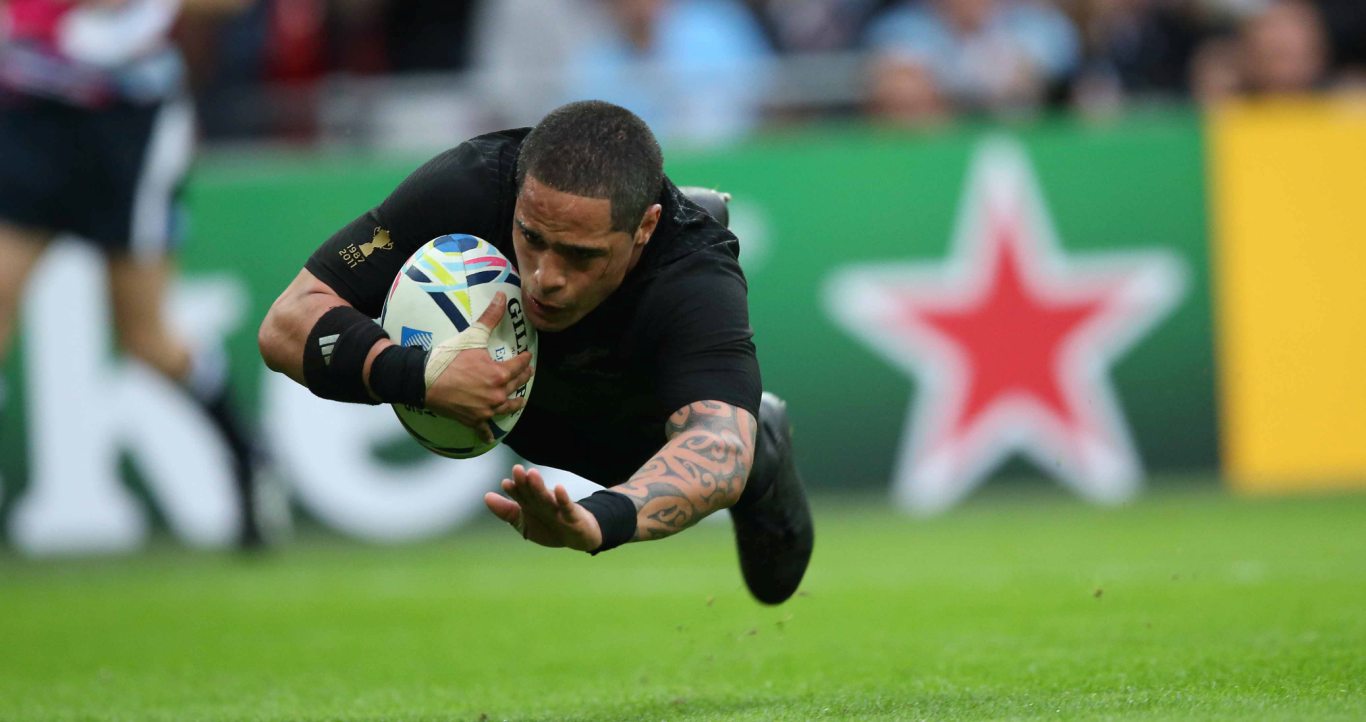 Aaron Smith and Sam Cane crossed for second-half tries as New Zealand survived an early scare to kick off the defence of their World Cup with a 26-16 win over Argentina at Wembley.

Never before have the All Blacks lost a Pool game in a World Cup but they had to survive a storming first half from Argentina – lock Guido Petti crossing for the game’s first try.

The boot of Dan Carter kept them in touch while the Pumas were running wild, Richie McCaw and Conrad Smith both sent to the sin bin for Steve Hansen’s side.

But in the second half Argentina could not maintain their intensity as the All Blacks finally clicked into gear, Sonny Bill Williams making a huge impact off the bench as Smith and Cane scored in quick succession around the hour mark.

Argentina’s spirit was broken but they will take much heart from their showing at the home of English football and despite a helter-skelter finish they did not let the All Blacks go over again.

New Zealand – who host the British & Irish Lions in 2017 – are yet to win a World Cup not staged on home soil but if that tag weighs heavy it did not show in the opening exchanges.

The defending champions were at their clinical best, behind a surprisingly dominant scrum as three Carter penalties inside the first quarter of an hour had them 9-0 in front.

To make matters worse, the Pumas were also down to 14 men, Pablo Matera given a spell in the bin for not letting Aaron Smith go ten metres from a quick-tap penalty.

But the Pumas finished third the last time the tournament was in the northern hemisphere and their response was immediate and impactful.

Juan Imhoff and Joaquin Tuculet both made breaks down the left and it was 20-year-old lock Petti who eventually crashed over.

Nicolas Sanchez added the extras and while Petti went off after being struck by a stray Carter boot in scoring the try, with Matera back on the pitch the Pumas scrum began to establish their expected dominance.

Juan Martin Hernandez is nicknamed the Magician for good reason and the Argentine inside centre’s array of tricks and flicks soon put the Pumas back on the front foot.

And McCaw – who was booed vociferously like some sort of cartoon villain throughout – saw yellow for a deliberate trip and Sanchez made no mistake with the subsequent penalty to put the Pumas in front for the first time at 10-9.

And it got still worse before the break, Argentina making their man advantage count to work their way slowly but surely into the All Black 22 and when Conrad Smith infringed, the centre went to join his skipper in the bin.

Sanchez again made no mistake for a 13-9 lead and for the final three minutes of the half the All Blacks were down to 13 men.

But not for nothing are they the world’s no.1 side and a late penalty allowed Carter to reduce it to 13-12 at the break despite their two-man disadvantage.

McCaw returned after the interval after serving his punishment but Conrad Smith was still in the bin and the Pumas won an early penalty after the Kiwis went offside, Sanchez pushing the lead back out to four points.

The All Blacks clearly decided they needed some fresh blood and Williams and Wyatt Crockett were introduced almost straight away – the former making an immediate impact.

The rugby league convert burst through down the right but Nehe Milner-Skudder was not alive to his backdoor offload and he spilled the pass with the try line begging.

An Argentine scrum penalty then relieved the pressure but with Smith now back on the pitch the All Blacks needed to mount a response.

And for the next ten minutes up to the hour mark the reigning champions barely left the Argentine half, the Pumas defenders looked out on their feet and eventually the dam broke and scrum-half Smith shimmied over.

Carter added the extras and the natural order of things had finally been restored. McCaw and then replacement Cane both came close before the latter scored the game’s decisive try and it was that man Williams laying it on a plate down the left for the replacement to go over untouched under the posts.

In the final quarter the All Blacks were on the hunt for a bonus point but a combination of fine last-ditch tackling and Kiwi wastefulness allowed the Pumas to keep the score respectable.