No other team in the world unites fans like the British & Irish Lions. Once a Lion, always a Lion. [more] 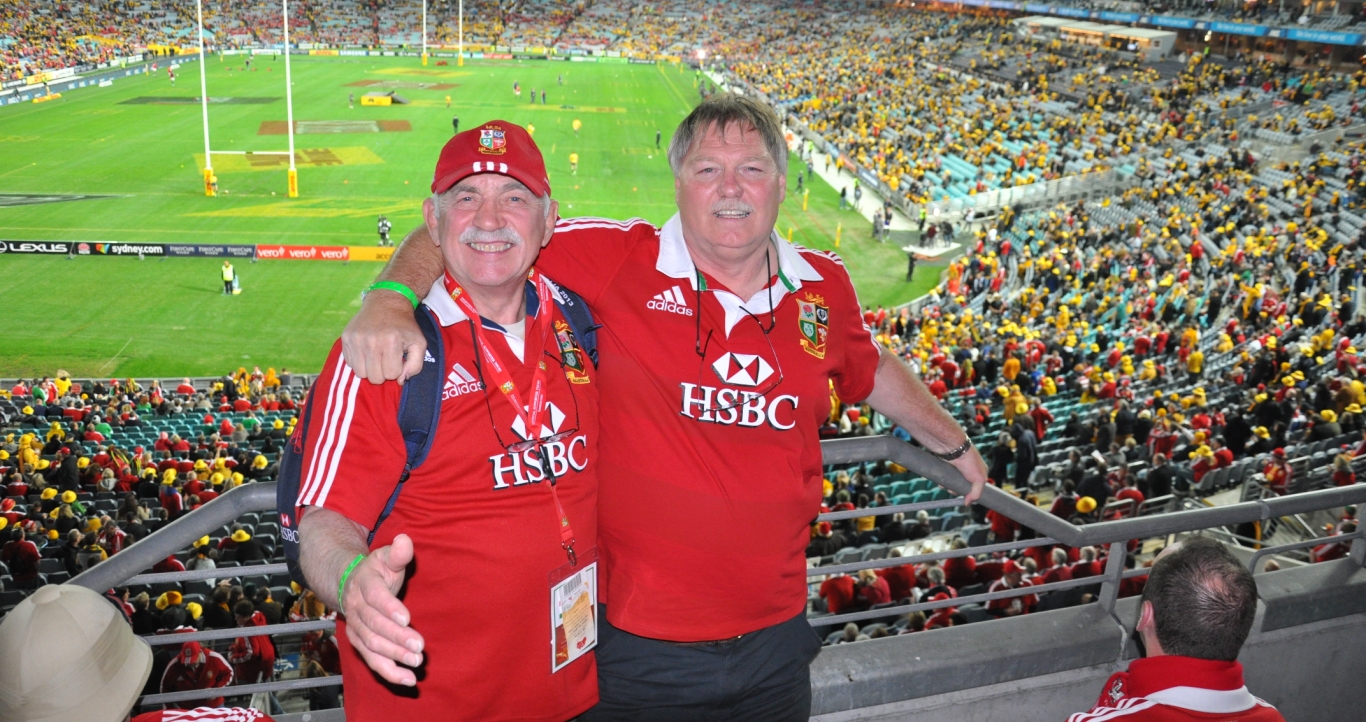 No other team in the world unites fans like the British & Irish Lions. Once a Lion, always a Lion.

It is a unique experience following the greatest touring rugby team in the world. A combination of the scarcity of tours, the best of the best and three fantastic but very different destinations makes it a wonderful journey to be part of.

And after following the side to Australia in 2013, George Jagniaszek is already planning to complete a personal hat-trick by taking in New Zealand and South Africa on future tours.

Two years ago he saw the Lions emerge victorious in a remarkable series Down Under. It was The Lions’ first series win since 1997 but there is more than simply the rugby and the whole experience, organised by Lions Rugby Travel, made for such a memorable trip.

In addition to connecting with many fellow fans, George also had the opportunity to meet a number of former stars and there were a couple of legends in particular who stood out.

“After the first Test, my friends and I were sitting in the Qantas lounge in Brisbane, which was an added value benefit of booking with Lions Rugby Travel. We were waiting to fly to Cairns and Lawrence Dallaglio was sitting right next to us,” said George.

“We ended up asking him what he thought about the game and just had a chat about the Lions. He was as entertaining as ever and it was an informal, casual meeting but it was brilliant.

“One of the best meetings was David Campese. He was in the Olympic Stadium doing a bit on stage and I had been at the Rugby World Cup Final in 1991 which he spoiled for us, so I was giving him a bit of stick about that!

“He was very funny and you can’t say anything bad about him. You were talking to people all the time and ex-players and fans were mingling together.

“It all came together on that day because not only did they give talks and share their memories but they mingled, chatted and people took pictures with them – and that’s what makes Lions Rugby Travel different – the access they provide at events like that.”

There is more to a tour than simply rugby with Lions Rugby Travel. Eve of Test match special events, supporter villages, a gala dinner, excursions – the Lions' travel company get fans closer to the Lions and the destination than ever before.

However, the Tests themselves are still a huge part of the trip and George claims he will never forget the ‘Sea of Red’ taking over Australia.

“I travel to watch England play in the Six Nations all the time. People do wear team colours but because it’s winter they also tend to wear something over the top of it,” he explained. “So you don’t get that togetherness and unity that you get on the Lions tour.

“On the streets leading to the ground before the games it really is a block of red and because of the weather, no-one is covering it up.

“That really does change the atmosphere and walking down to the Brisbane Test, you were struggling to spot any yellow shirts. During the game was unbelievable as well. I feel blessed that I went on a Lions tour that had all the drama and all the fun of a final Test decider.”

And if George has his way, he will be back on the plane for the next Lions tour to New Zealand in 2017 to create some more memories with Lions Rugby Travel.

“I would definitely consider going on another Lions tour. Something I would like to do is to follow the Lions to all three countries, that’s the goal!”

Lions fans can guarantee their place on the 2017 Tour to New Zealand now with a £250 Priority Access Pass from Lions Rugby Travel by visiting www.lionstour.com and booking now.