Namibia prove they belong against the All Blacks

The All Blacks are a force that can strike fear into any side, let alone a squad of plucky part-timers who can count farmers, a dentist and a diamond trader among their ranks. [more] 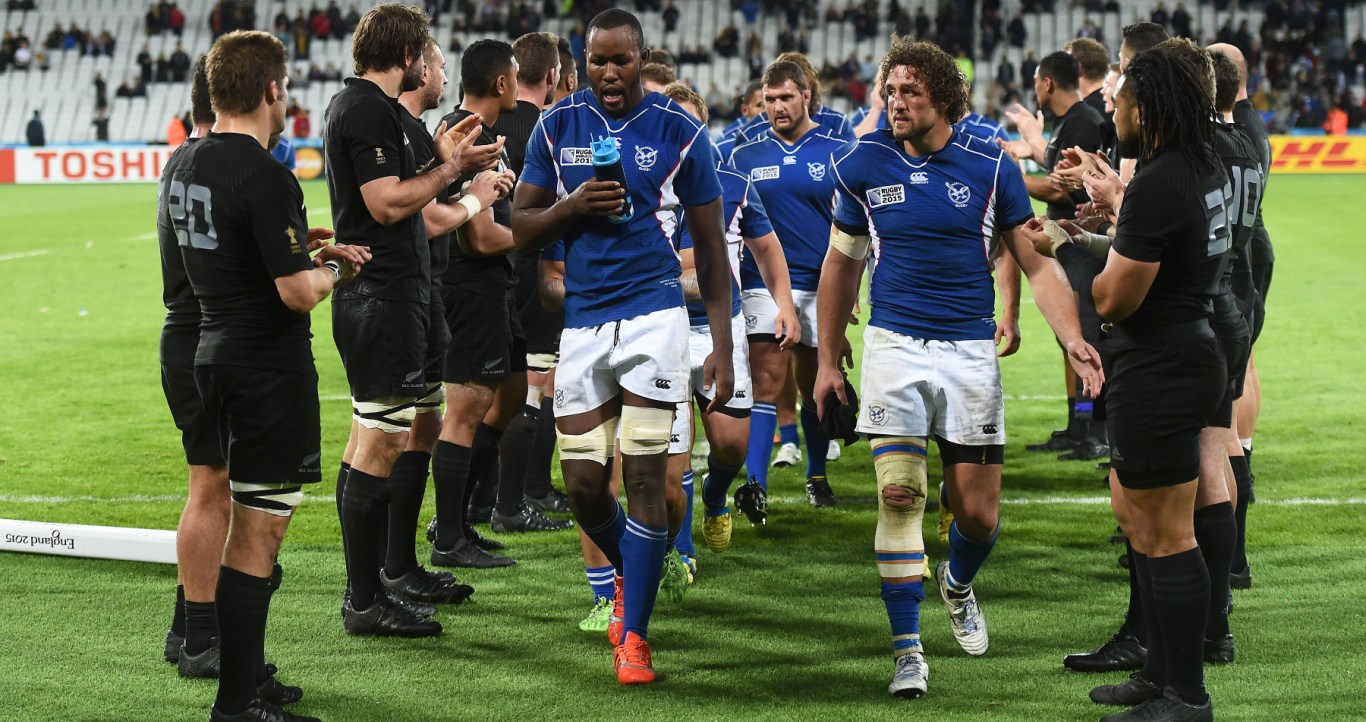 The All Blacks are a force that can strike fear into any side, let alone a squad of plucky part-timers who can count farmers, a dentist and a diamond trader among their ranks.

But Namibia skipper Jacques Burger insists his team can hold their heads high for the rest of the Rugby World Cup after they ensured New Zealand, who host the British & Irish Lions in 2017, didn’t get it all their own way at the Olympic Stadium on Thursday night.

Namibia hold the ignominy of losing by the largest margin at a World Cup – being walloped by Australia 142-0 back in 2003 – but they’ve come a long way in 12 years.

The 58-14 victory was comfortable enough for the All Blacks but the biggest cheer of the night was reserved for Namibia’s try-scorer Johan Deysel, who brushed off tackles before crossing in much the same way as Julian Savea and company are renowned for.

Burger is the most accomplished player in the Namibian team by some distance, having starred for Premiership champions Saracens since 2009.

But he believes his entire side have proven they can give any team a fight.

“There is a massive element of pride, as soon as you don’t enjoy games like this and playing against the best side in the world in the All Blacks you should stop playing,” said the flanker.

“A lot of these boys work nine until five and to play against New Zealand was a special moment for us.

“I’m glad that uncertainty is over now, it’s the realisation that they are just 15 human beings playing you even though they’re incredible rugby players.

“It’s that uncertainty of the deep ocean almost, you don’t know what is under the water so you’re a bit afraid of it.

“We’ve learned a lot of lessons from that, we know we can battle against the best and there are a lot of areas we’re really good at like the lineouts, where we were particularly good.

“We’re a brave bunch of guys, we fight until the very end, and I’ve got a lot of respect for guys who do the five in the morning training sessions and then after work later in the evening again.

“The amount of time the boys have put in, I’m massively proud and with the support of the nation behind us. It’s already been a great World Cup, the vibe has been incredible.”