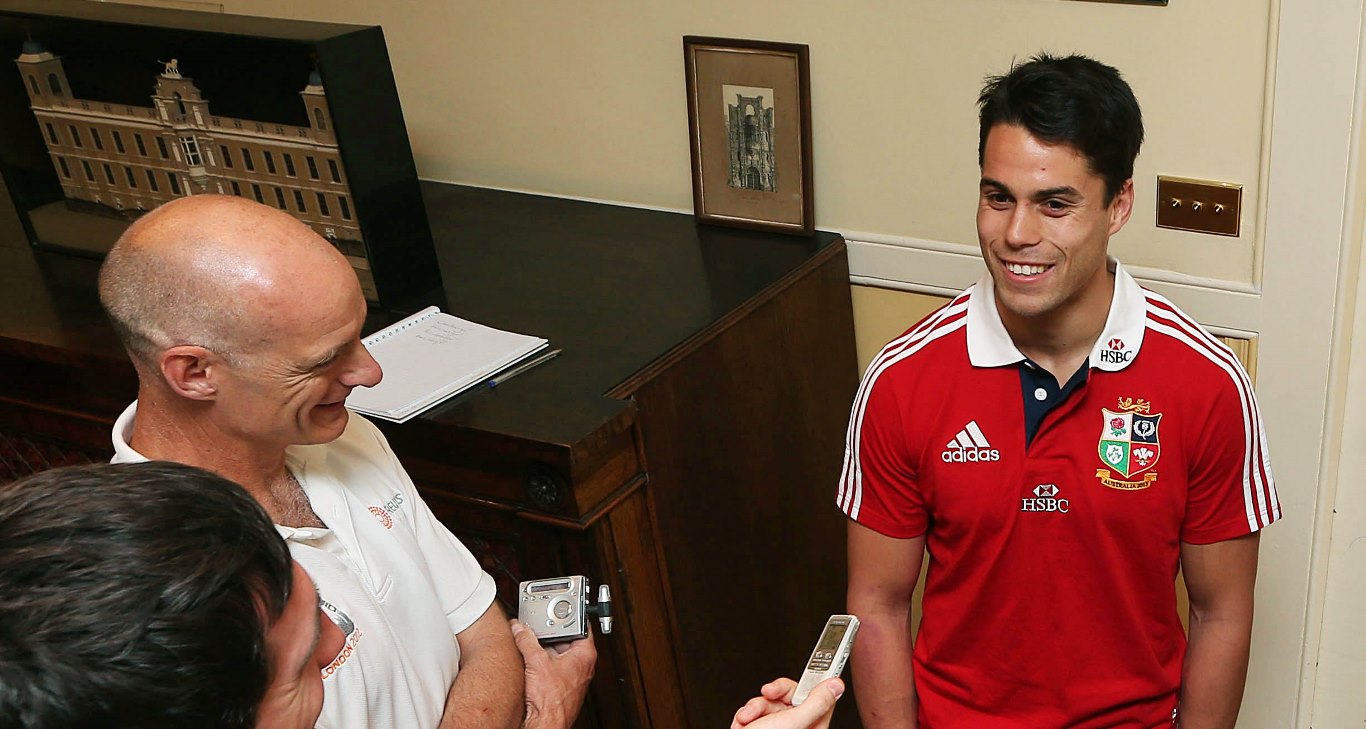 The USA opened up a seven-point lead at half-time through Titi Lamositele and the kicking of AJ MacGinty, but Tim Visser and then Maitland, who appeared five times on the Lions 2013 tour, started to ease Scottish fears of an upset.

After those scores the spirited Americans finally let loose their grip on the game, with WP Nel and Matt Scott
going on to secure the bonus point for Scotland.

Replacement Duncan Weir brought up the a fifth Scottish try to complete a 39-16 win, though it was not all positive news as Grant Gilchrist and Finn Russell are injury worries ahead of the clash with South Africa next weekend.

The Springboks had responded to their shocking loss at the hands of Japan in Pool B by blowing away Samoa on Saturday – but the Scots would regain top spot with a win at Elland Road.

They had brought Japan crashing back down to earth with victory at Kingsholm on Wednesday – thanks in no small part to Greig Laidlaw’s 20 points – but the USA, the lowest ranked team in the group, made life difficult early on.

MacGinty made no mistake with a penalty inside two minutes, though another 2013 Lion in Stuart Hogg wound up his boot from near halfway to level the scores after a collapsed scrum.

From there Scotland churned out some momentum and outside centre Mark Bennett, who scored a try-double against Japan, made a trademark searing break into the Americans’ 22.

The USA eventually infringed under the pressure and Russell booted the Scots ahead from the tee before Hogg erred from the tee with another long-range effort.

Scotland then lost lock Gilchrist to injury and it seemed to ruffle them as USA won ball from a line-out on the opposition 22.

And Philip Thiel busted the line with a bulldozing run and Saracens prop Lamositele nudged across the whitewash under a mass of bodies.

MacGinty converted and with confidence sky high, Seamus Kelly embarked on a bustling run that Scotland managed to snuff out at the breakdown.

The twinkle toes of Hogg then nearly put the Scots back in front and he did everything right but the final pass, feeding too low to a wide-open Visser who knocked on.

Scottish woes continued as Russell shanked a penalty, Takudzwa Ngwenya crunched Peter Horne amid a number of ferocious American tackles and MacGinty capitalised on an offside to extend his side’s lead to seven points by half-time.

But Vern Cotter’s men came racing out of the traps and after Josh Strauss punched a big hole, Hogg this time successfully released Visser on the left-hand line and the Harlequins winger brought up his tenth international try.

And by the 47th minute Scotland opened up clear daylight as Russell sniped through and offloaded to a supporting Sean Maitland, who cantered over the whitewash.

Russell could only convert one from two but Strauss undid some of the good after he was penalised for being off his feet, and MacGinty cut the deficit to two.

But Tim Swinson hunted down replacement scrum-half Shalom Suniula upon the restart and though the Americans kept Strauss out from close range, Nel burrowed his way to the base of the post.

Russell left the game with an ankle injury on the hour though the bonus point wasn’t long in coming, replacement Laidlaw pulling the strings at the ruck and Scott picked an incisive angle before dotting down.

Nel stopped an American charge in its tracks after winning a penalty at the scrum before Weir added the gloss for the Scots at the death.