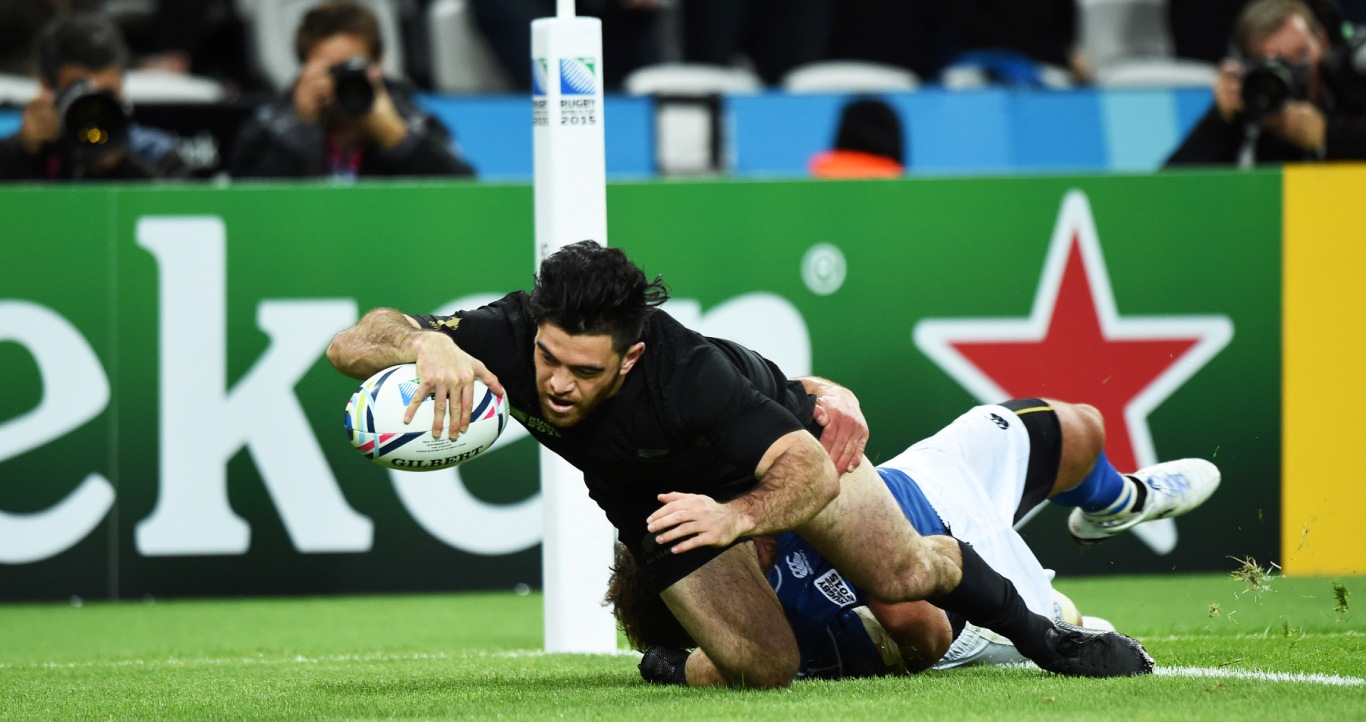 A largely frustrating first period for the All Blacks saw two moments of joy as Ben Smith and prop Tony Woodcock, who started all three Tests against the British & Irish Lions in 2005, dotted down to establish a 14-3 half-time lead.

Tonga’s resilient display initially continued after the break but Milner-Skudder notched two tries in seven minutes to put the result beyond doubt before Sonny Bill Williams, Sam Cane and Ma’a Nonu – on the occasion of his 100th cap – also dotted down.

The All Blacks have still only lost one Pool match in Rugby World Cup history and must now prepare for a mouth-watering quarter-final with the loser of Sunday’s clash between Ireland and France.

A well-drilled Tonga unit frustrated the reigning champions, who will host the Lions once again in 2017, in the early going until Smith crashed over following a flowing move on 12 minutes.

Just after the half-hour mark Woodock, whose try won New Zealand the World Cup four years ago, battered over from close-range but they had to wait until 52 minutes for a third try when a miss pass enabled Milner-Skudder to step inside a defender and cross the whitewash.

The 24-year-old winger could well be involved when the Lions come to town in two years time and demonstrated his finishing prowess once again by touching down Beauden Barrett’s precise grubber kick through on 59 minutes.

With Tonga clearly tiring, the All Blacks finally pulled away as Aaron Smith flicked an exquisite pass behind him to release Williams for try number five and Cane burrowed over for a sixth.

But the icing on the cake was left to Nonu who marked becoming the sixth All Black to pass 100 caps – one of which came against the 2005 Lions – by finishing off a team move in the left-hand corner.