New Zealand will defend the Webb Ellis Cup at Twickenham next week after eventually overpowering a resilient South Africa in a 20-18 victory. [more] 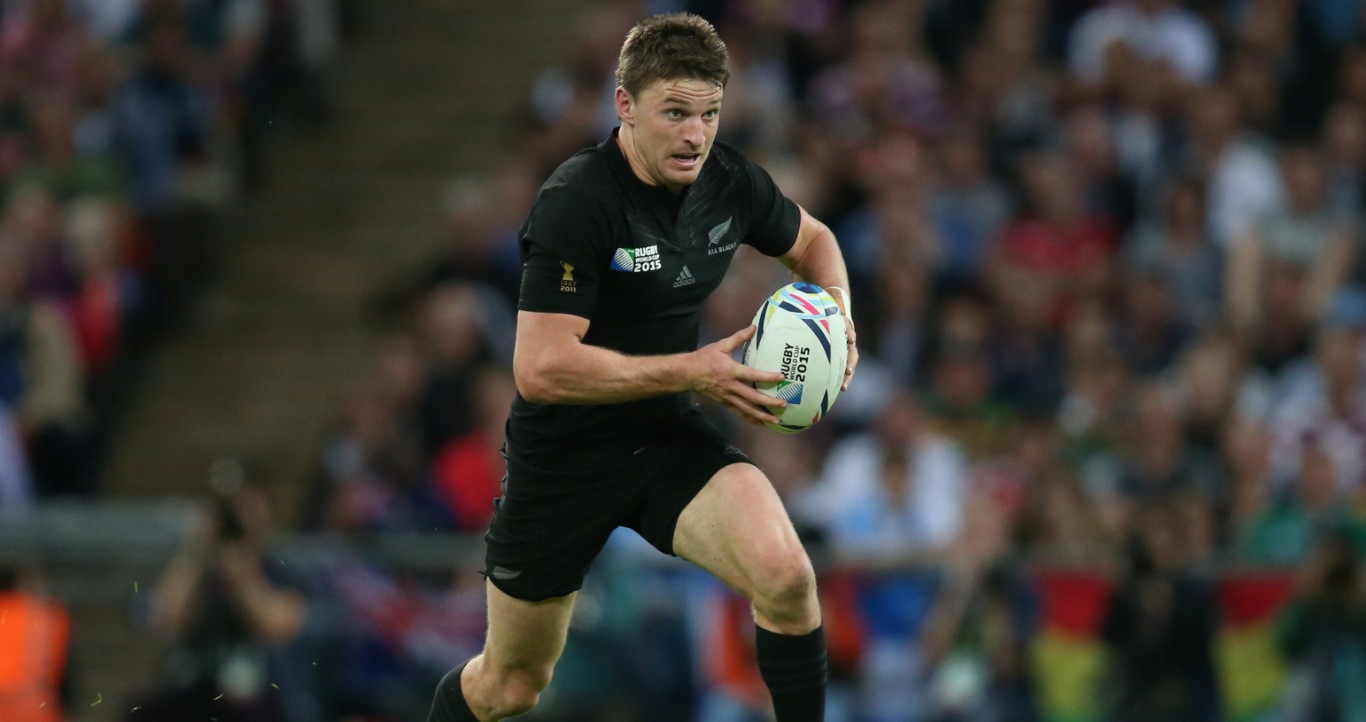 New Zealand will defend the Webb Ellis Cup at Twickenham next week after eventually overpowering a resilient South Africa in a 20-18 victory.

The All Blacks destroyed France in the quarter-finals but the Springboks are a different beast – and despite enjoying the majority of the possession, New Zealand were constantly frustrated at the breakdown.

Indeed that was where the first-half battle was won and lost, as though Jerome Kaino flew over for a converted All Blacks try, South Africa’s ferocious work set up four Handre Pollard penalties.

After the break, Dan Carter drilled over a drop-goal before replacement Beauden Barrett crossed – Carter converted and in as quick as a flash New Zealand were five points up.

Despite a Bryan Habana sin bin the Springboks held on and Pat Lambie nudged them to within two points, but the the hosts of the British & Irish Lions in 2017 masterfully saw the game out and will face either Australia or Argentina in next week’s finale.

The All Blacks entered the game having won 47 of their last 52 Tests but if any side in the world know what it takes to beat them it is South Africa, who had done so 35 times prior.

And they attacked with intent from the off, Willie Le Roux prising open up a gap for Jesse Kriel before the Kiwis conceded a penalty under pressure – which Pollard fired over.

But New Zealand’s first chance is so often the only one they need to get off the mark, as Richie McCaw looped the ball towards Kaino who brushed off a tackle and went over in the corner.

Carter converted at the second attempt – after Habana was guilty of an early charge – before Pollard reduced the arrears to one point when McCaw strayed offside.

The Springboks gained a huge chunk of ground when Habana hauled in a downfield kick and as the ball span out wide, le Roux’s kick was far too heavy for JP Pietersen on the right wing.

But Heyneke Meyer’s men would take in the lead in the 20th minute as Pollard split the posts following an earlier infringement.

South Africa continued to ruffle New Zealand at the breakdown but the black wave was relentless, though Carter fluffed his lines from the tee when he had the chance to put his side ahead.

Then the first-half’s flashpoint came – Pietersen intercepted Ma’a Nonu and would have cantered over the whitewash, but play was called back for South Africa going in at the side.

Yet on further review, referee Jerome Garces instead penalised New Zealand’s Joe Moody for a neck roll in the same ruck, meaning Pietersen’s intercept and a near-certain try should have resulted.

South Africa would put another three points on the board through Pollard before the half was out after Kaino’s foolish yellow card – the try-scorer kicking the ball out of Springbok hands while coming back from an offside position.

New Zealand emerged from the break with their tails up however, Carter casually sending over a drop-goal after a stray South Africa line-out.

They kept knocking on the door – Julian Savea a shade away from yet another try – and patience paid off when Nonu released Barrett in the corner.

To make matters worse for the Springboks Habana was sin-binned for a deliberate knock-on in the build-up, though New Zealand didn’t make the most of those ten minutes as Pollard and Carter swapped penalties.

As the game entered its final 15 minutes South Africa’s work-rate showed no signs of slowing and Lambie, on for the immaculate Pollard, slammed through a long-range penalty to reduce the deficit to two.

But as the rain drove down at Twickenham, New Zealand pegged their opponents back and managed the game expertly until the final whistle.