Adam Ashley-Cooper crossed for a hat-trick as Australia finally broke down a spirited Argentina to seal a frenetic 29-15 win in the World Cup semi-final. [more] 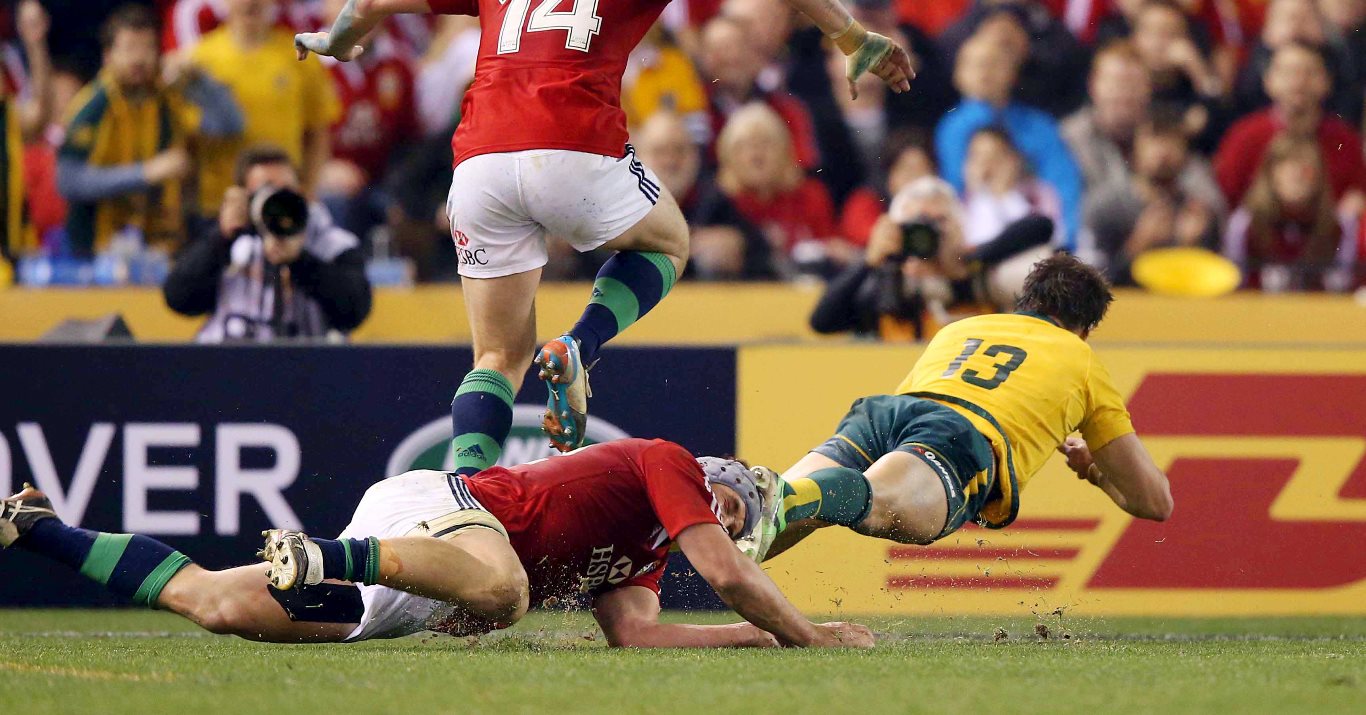 Adam Ashley-Cooper crossed for a hat-trick as Australia finally broke down a spirited Argentina to seal a frenetic 29-15 win in the World Cup semi-final.

David Pocock put on a masterclass at the breakdown for the Wallabies – who will now face New Zealand in next Saturday’s final while Ashley Cooper showcased his clinical finishing.

The Pumas – who have never beaten one of the southern hemisphere’s big three in a World Cup – were their own worst enemies in an error-strewn start that saw Rob Simmons and Ashley-Cooper cross for Australia.

But the boot of Nicolas Sanchez – who slotted five penalties in all – kept the magnificent Pumas in touch, despite Ashley-Cooper – who scored the decisive try against the British & Irish Lions in the second test back in 2013 – bagging his second on the half-hour mark.

In the second half the Pumas – who lost key players like Juan Imhoff, Juan Martin Hernandez and Agustin Creevy to injury during the clash – refused to buckle until a clinical Wallabies sealed the victory late on with Ashley-Cooper’s third.

Victory for Michael Cheika’s side sets up a fantastic World Cup final against their trans-Tasman rivals the All Blacks – the first time these two old enemies have met in the final.

But the Pumas will have won many more admirers for their fast-paced tempo throughout at Twickenham.