Richie McCaw and New Zealand made history as the first nation to claim back-to-back World Cups but they had to do it the hard way against Australia in an epic final. [more] 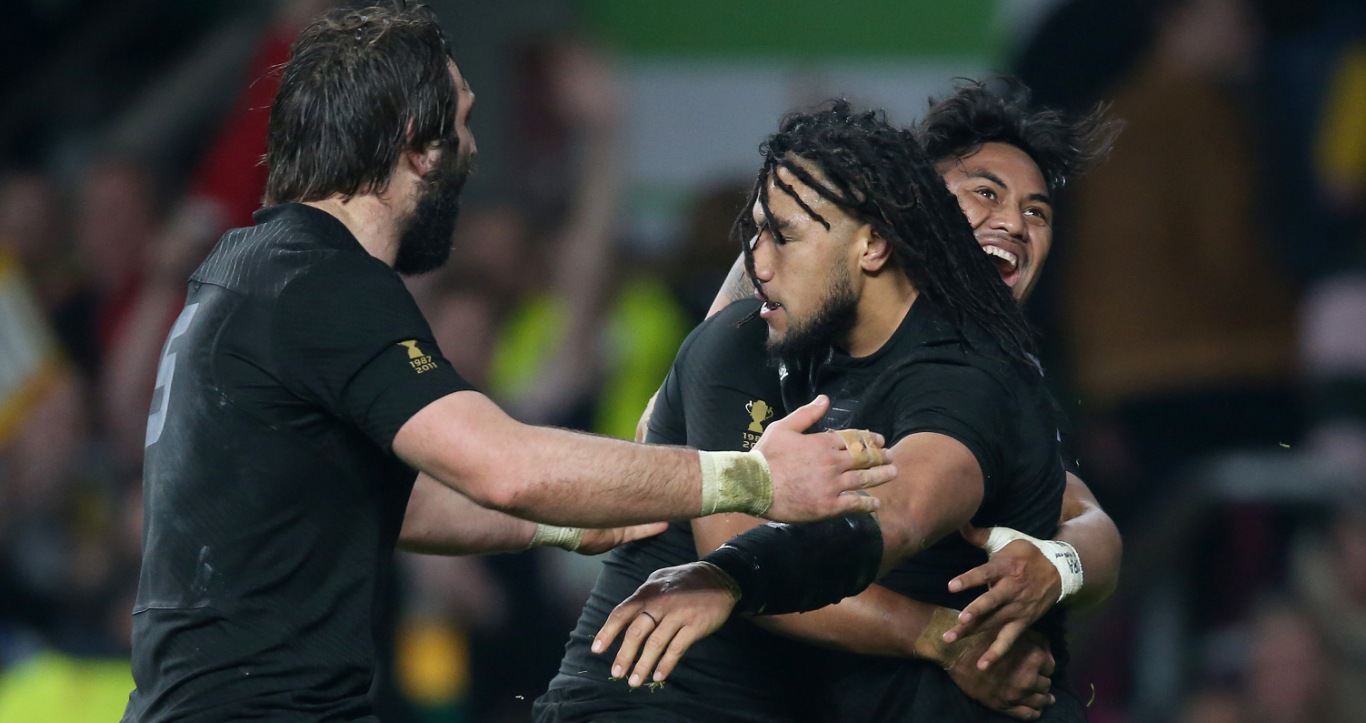 Richie McCaw and New Zealand made history as the first nation to claim back-to-back World Cups but they had to do it the hard way against Australia in an epic final.

The All Blacks raced into a 21-3 lead with tries from Nehe Milner-Skudder and Ma’a Nonu but they then had to hold off a titanic Wallaby fight back.

Ben Smith’s yellow card – the first ever in a World Cup final – turned the game and in a seven-minute period David Pocock and Tevita Kuridrani both went over to close the lead to four points.

But New Zealand – who had never won a World Cup on foreign soil before – held on as the near-flawless Dan Carter slotted a drop goal to calm the nerves.

And in the final minutes replacement Beauden Barrett collected Ben Smith’s kick through to dot down and seal a remarkable and deserved 34-17 victory.

Despite the All Blacks or Australia having featured in six of seven previous World Cup finals – three times each, with two wins apiece – they had never appeared in a final together.

Both sides made a nervy start – the normally impeccable Ben Smith epitomising that with a poor knock on from a Bernard Foley clearance.

Carter and his opposite man exchanged early penalties and while the All Blacks had edged the opening quarter, they had no lead to show for it.

Injuries to both Matt Giteau and Kane Douglas did not help the Wallaby cause and while Carter was coming in for some rough treatment from Aussie tacklers, he was unruffled from the tee – kicking his side into a 9-3 lead with two penalties either side of the half-hour mark.

The breakdown battle was fearsome and the sheer amount of turnover ball was preventing either side from building pressure in attack.

But on the stroke of the interval the All Blacks showed their class.

Aaron Smith and his namesake Conrad combined superbly down the right and it was that man McCaw who gave the final pass for Milner-Skudder to slide over.

The metronomic Carter slotted the touchline conversion and they led 16-3 at the break – a mountain for the Wallabies to climb considering no side has ever overturned a half-time deficit in a World Cup final.

Sonny Bill Williams was introduced at the break for Conrad Smith in a tactical switch that paid dividends immediately.

The rugby league convert released Nonu – and while the 33-year-old may have 102 caps in his legs – he stepped past Kurtley Beale and had enough in the tank to beat the cover to the line.

Carter missed the conversion but at 21-3 it was starting to look ugly for the Wallabies; they needed the next score or they were dead and buried.

Ben Smith was sent to the bin for a tip tackle on Drew Mitchell to give the Australians momentum and Pocock went over at the back of a driving maul immediately after to give them hope with a man extra and half an hour still to go.

The All Blacks looked to have calmed the storm in typical fashion but just before Smith could return from the bin the Wallabies struck again.

Will Genia’s box-kick sat up for Mitchell and he released Kuridrani to go over – Foley’s conversion bringing it all the way back to 21-17.

Carter calmed nerves with a drop goal soon after they returned to their full complement and a booming penalty from halfway then made it 27-17 and the All Blacks had effectively sealed the win.

But there was still time late on for Barrett to race clear and put an exclamation point on New Zealand’s place in the history books.