To celebrate their partnership with the British & Irish Lions, Canterbury have created 1,959 limited edition commemorative jerseys inspired by the 1959 tourists. [more] 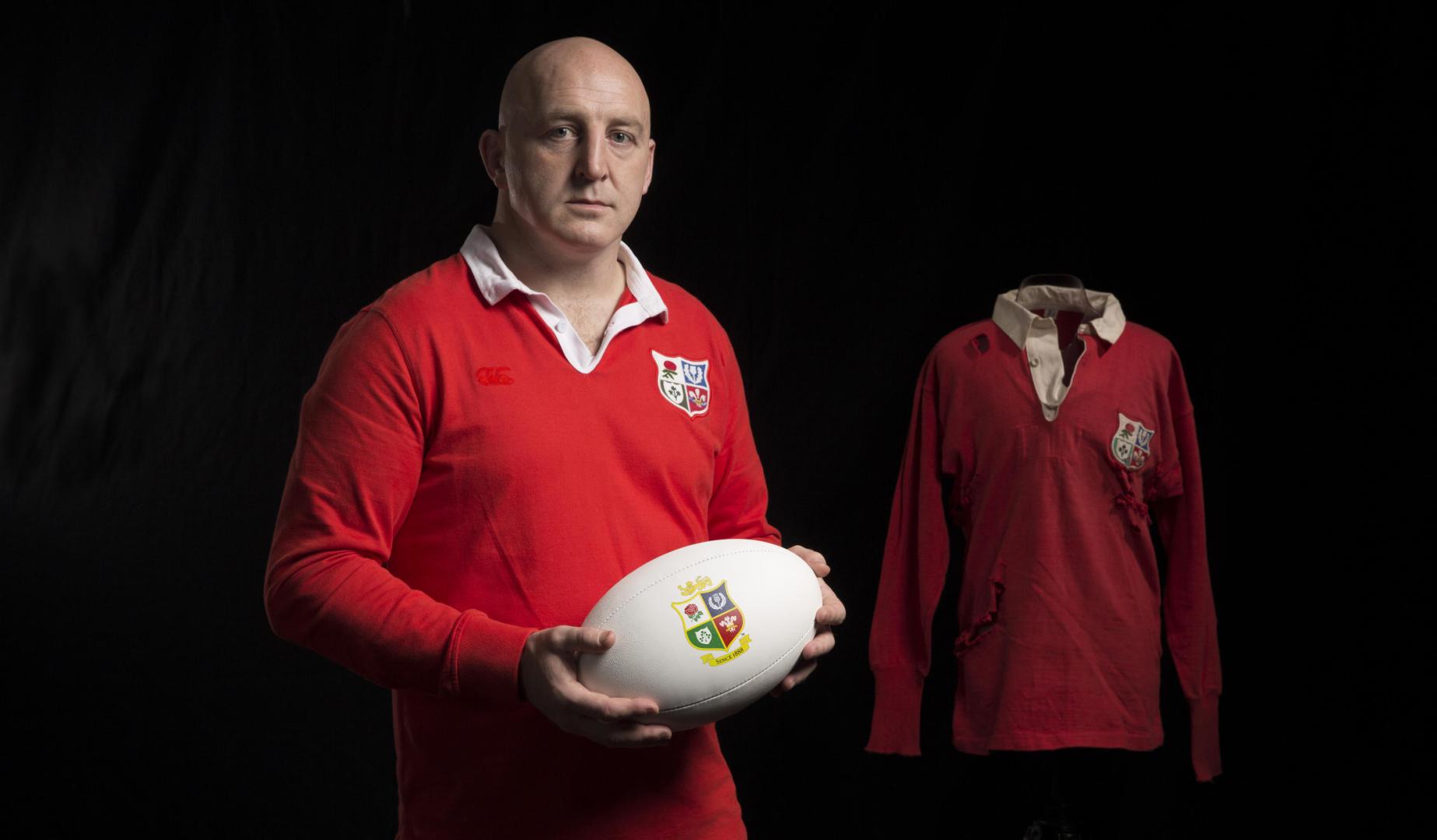 To celebrate their partnership with the British & Irish Lions, Canterbury have created 1,959 limited edition commemorative jerseys inspired by the 1959 tourists.

Canterbury’s relationship with the British & Irish Lions dates back to the 1959 tour of New Zealand. During the tour Canterbury produced their first Lions shirt, answering the call for a new strip after it was spoiled in a prior encounter, cementing their reputation for producing innovative and durable rugby apparel.

On that tour was an Irish prop named Gordon Wood and his son Keith would go on to become a Lion 38 years later.

To mark the announcement and celebrate their historic meeting years ago, Canterbury have re-issued 1,959 limited edition versions of the British & Irish Lions jersey worn on the tour of 1959. The shirt will be the first piece in the new ‘Since 1888’ range, a premium collection dedicated to combining the rich history of the Lions with Canterbury’s own commitment to the game.

And below find out more about that famous 1959 tour to New Zealand:

They may not have returned from New Zealand with the Test series victory they craved – but in the battle for the hearts and minds of the Kiwi public the 1959 British & Irish Lions were serial winners.

Led by manager Alf Wilson and captained by Ireland hooker Ronnie Dawson – the Lions’ brand of attacking rugby caught the eye throughout their tour that began in Australia.

They scored more points than any other Lions team – 842 in 33 games, 25 of which were in New Zealand, six in Australia and two in Canada.

The chief architects of this fast-paced style were their two flying wingers. Tony O’Reilly scored 22 tries on the tour, 17 of which came in New Zealand for a Lions record that stands to this day, while Peter Jackson got 19 of his own out of a Lions total that reached a mammoth 165.

But while the performance and style of the Lions created a new army of fans, results in the New Zealand Test series were very unkind.

After sweeping the two-Test series against the Wallabies, the touring squad were undone by the boot of Don Clarke against the All Blacks.

That Lions party was the first to be dominated by Irishmen – ten in all were in the squad, more than any other country.

They had the experience of six tourists from 1955 – O’Reilly, Jeff Butterfield and Dickie Jeeps in the backs, while Bryn Meredith, Hugh McLeod and Rhys Williams endured among the forwards – further experience was offered by 1950 tourist Malcolm Thomas.

Meanwhile, fresh attacking talent arrived in the likes of Ken Scotland, Jackson, David Hewitt and Bev Risman.
In the pack, Syd Millar made the first of his three tours alongside other newcomers like Irish lock Bill Mulcahy, the Welsh duo of Roddy Evans and John Faull and future Lions coach Noel Murphy.

In all the Lions spent three months in New Zealand and played 25 matches, winning twenty and losing five – in addition to their three Test defeats they also lost to Otago and Canterbury.

Canterbury clothing also played a special part in the tour, coming to the aid of the Lions when their playing kit was ruined and subsequently left behind. Perfectly placed and fantastically experienced in rugby, Canterbury created a whole new kit for the squad.

The 3-1 Test series defeat was a major blow for the Lions and the heartbreak came early on.

In typical style the tourists scored four tries to the All Blacks’ none but lost by a single point as New Zealand full-back Clarke kicked a world-record six penalties, the last to win the game just two minutes from time.

The powerful New Zealand pack dominated in a 22-8 victory in the third Test but the fourth and final game sent the Lions home with a deserved win.

The tourists won 9-6 and, fittingly, by three tries to nil. The try-scorers were their three most outstanding backs: Jackson, O’Reilly and Risman.

Eden Park – the All Blacks’ fortress in Auckland – is often the venue for the final Test of a Lions series and to this day the 1959 Lions remain the only side to claim a win there.

Even the 1971 touring side – the only one that has left New Zealand with a series win – could only scrape a draw there thanks to JPR Williams’ late drop goal.

But one cannot help but look back on that tour with a feeling of ‘what if?’ The All Blacks scored 57 points in the Test series, and the boot of Clarke scored 39 of them.