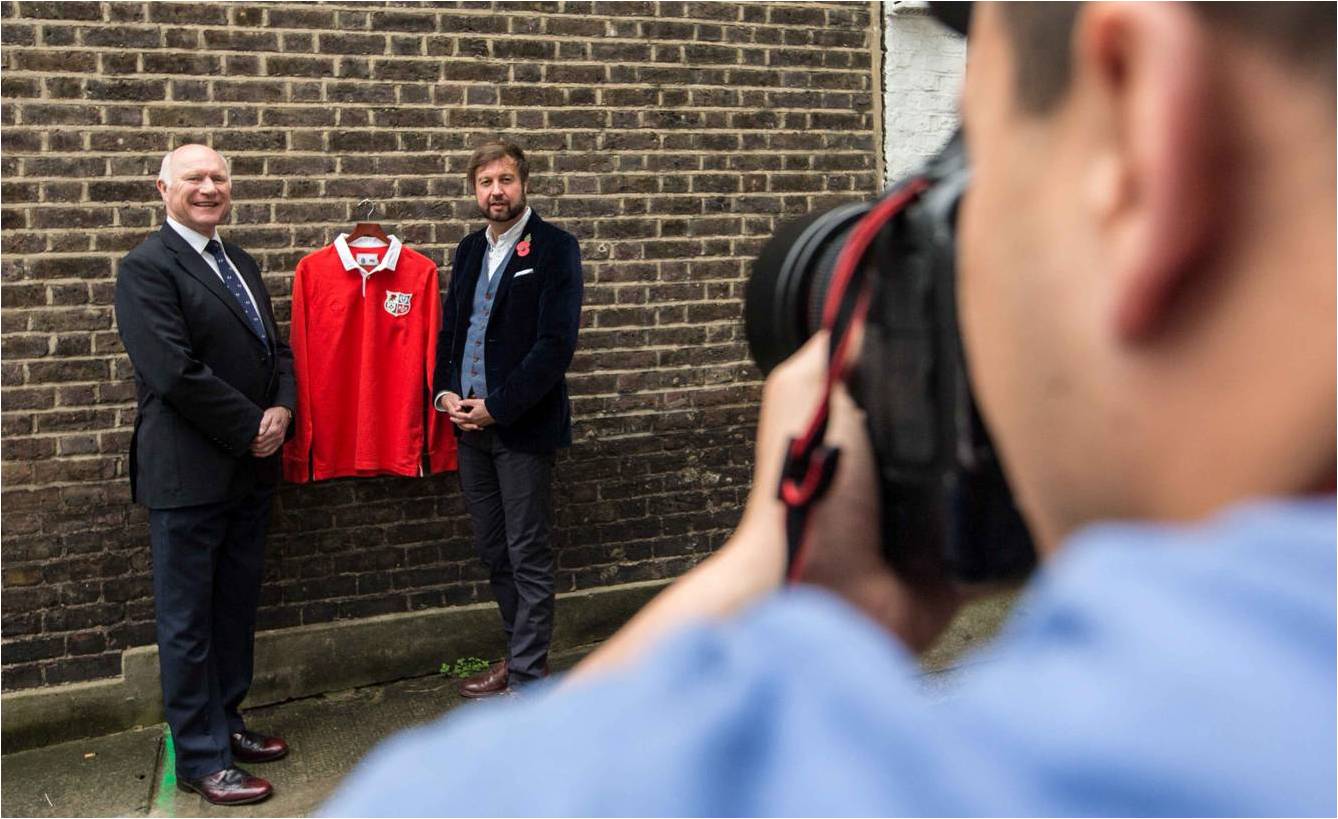 The British & Irish Lions Test series against New Zealand might still be 19 months away but tour manager John Spencer admits preparations have already begun in earnest.

Spencer, who will be the tour manager against the All Blacks, was at the announcement of Canterbury as the official apparel partner on Thursday in London.

Also in attendance were fellow former Lions Keith Wood and Will Greenwood as the eyes of the rugby world switch from the World Cup to the Lions tour in 2017.

Spencer was part of the 1971 tour that emerged victorious from the land of the long white cloud – the only victorious Test series in New Zealand.

And Spencer admits it will be the biggest challenge – and the greatest victory in the Lions’ storied history – if history can repeat itself in two years time.

“It will go very quickly from now until the tour,” said Spencer.

“Everything turns red now – the next big world challenge in rugby is the Lions playing the world champions on their own patch, in stadia that they have not lost in for 20 years.

“That’s an enormous challenge – it’s the ultimate really – the peak of anyone’s career.

“The more successful the All Blacks are, the greater the challenge for us and the opportunity to beat them.

“The boys will grasp that nettle with great vigour and enthusiasm when it comes to it because everyone wants that opportunity to be part of history.”

As part of the Canterbury launch a commemorative 1959 jersey was released and on that 1959 tour was Wood’s father Gordon.

And the former Ireland hooker admits the memories of his old man have always made the Lions that extra bit special for him.

“The reason why this is special is not because I played in the Lions – and that’s something I truly cherish – but for me it is the link between now and 1959,” he added.

“My old man went on that tour so for me it is a fantastic way of reconnecting with him, my father died when I was only ten years old – he never saw me play.

“I have spent a huge amount of my time looking up and finding out a bit more about him.”

Wood toured South Africa in 1997 and Australia in 2001 with the Lions but had retired by the time the trip to New Zealand came about in 2005.

But the hooker knows New Zealand from his tours with Ireland and, in a country where rugby is religion, is all too aware of the challenge the Lions will face.

“Many people don’t believe this story but in 2002, we were on tour in New Zealand and I walked out of the hotel and a woman stopped me on the street,” he said.

“She must have been 80, maybe even older, and she stopped me and said: ‘You’re Keith Wood aren’t you?’, I told her I was and she said ‘You scrummage with your right shoulder too high.’

“I couldn’t believe it,  I had only got ten yards outside the hotel and there she was.

“Now people tell me that story is made up but it’s the truth and it tells you everything you need to know about what rugby means to New Zealand.”

Greenwood is quick to chime in here:  “The same lady told me I couldn’t pass off my left hand, maybe it’s the same lady wondering around New Zealand telling the Lions they are rubbish,” he said.

“I remember her exact words were : ‘You’re throwing bricks off your left hand.’ – How annoyingly correct she was!

“But I loved New Zealand – having been to all three countries on Lions tours – you can’t forget the friendship and the bonds that you do create.

“You can have a good Lions tour, irrespective of the result. That might be a strange thing to say because we are competitive beasts and we do want to win.”