Rhino Rugby CEO Reg Clark insists the British & Irish Lions tour of New Zealand in 2017 will mark the pinnacle for everyone involved. [more] 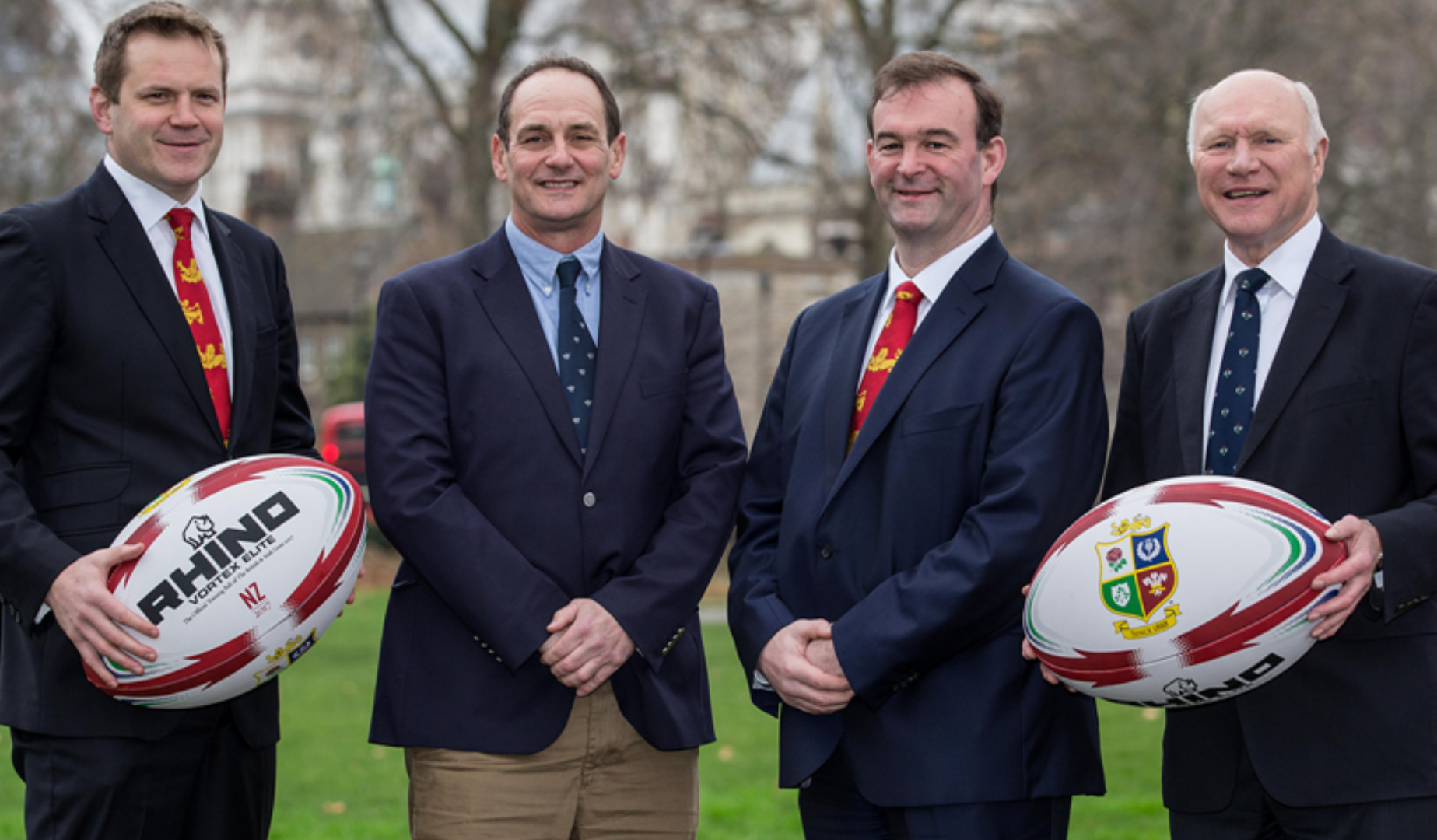 Rhino Rugby CEO Reg Clark insists the British & Irish Lions tour of New Zealand in 2017 will mark the pinnacle for everyone involved.

Rhino were today confirmed as the Official Supplier of Training Equipment and Official Training Ball Licensee to the Lions in 2017 – the third tour in a row that they have taken on this dual role.

And despite beating Australia in 2013 and seeing a World Cup on British soil this autumn – Clark is adamant that travelling to the Land of Long White Cloud is as good as it gets.

“This is our third tour in a row and we are chuffed to have been selected,” he said.

“It really is the pinnacle to be involved on a Lions tour to New Zealand.

“We are going up against the double world champions, to pull off a win in their backyard would be the biggest achievement in the history of the Lions.

“I know we have won there before in 1971, but to do it this time would be like climbing Everest.”

Rhino first came on board with the Lions for the 2009 tour to South Africa – a series decided on paper thin margins but eventually won by the Springboks.

And Clark admits he cannot wait to get back on tour with the Lions ‘family’.

“It’s been massive for us, in 2009 it was a bit of a learning process and the team came so close to winning or drawing that series as well,” he added.

“But for Australia in 2013 it had all become much more familiar, we understood what the Lions were about, we were familiar with the commercial team, and with very little change hopefully that can continue in 2017.

“The term family is often bandied around but with the Lions you really feel it, you are part of a tightly-knit team.

“Whether you are a large company like Canterbury or a relatively small one like ourselves, everyone is made to feel part of the team.”

Having been entrusted to perform this dual role for the third tour in a row, the challenge for Clark and his Rhino team is to ensure they continue to deliver excellence on the other side of the world.

“As the training equipment suppliers, we will be working closely with the coaches to give them what they need,” he added.

“We are the best in the world and I am confident that, like in 2009 and 2013, we can give them everything that they want.

“But the 2017 tour, going to New Zealand this feels like a real step up and I think everyone would agree with that.

“Every single game that you play in New Zealand, including the non-Test matches, is going to be tough. The Super Rugby franchises, the Maoris – all of them will be spoiling to beat the Lions.

“The logistics are the hardest things to prepare from our point of view, but we are fortunate this time that due to having a subsidiary, Powa Products, in New Zealand we should be able to manufacture a lot of the stuff out there – rather than shipping it all out which was a lot to organise in both 2009 and 2013.”