Martin Johnson has warned the 2017 British & Irish Lions that tenacity will trump talent when they head to New Zealand. [more] 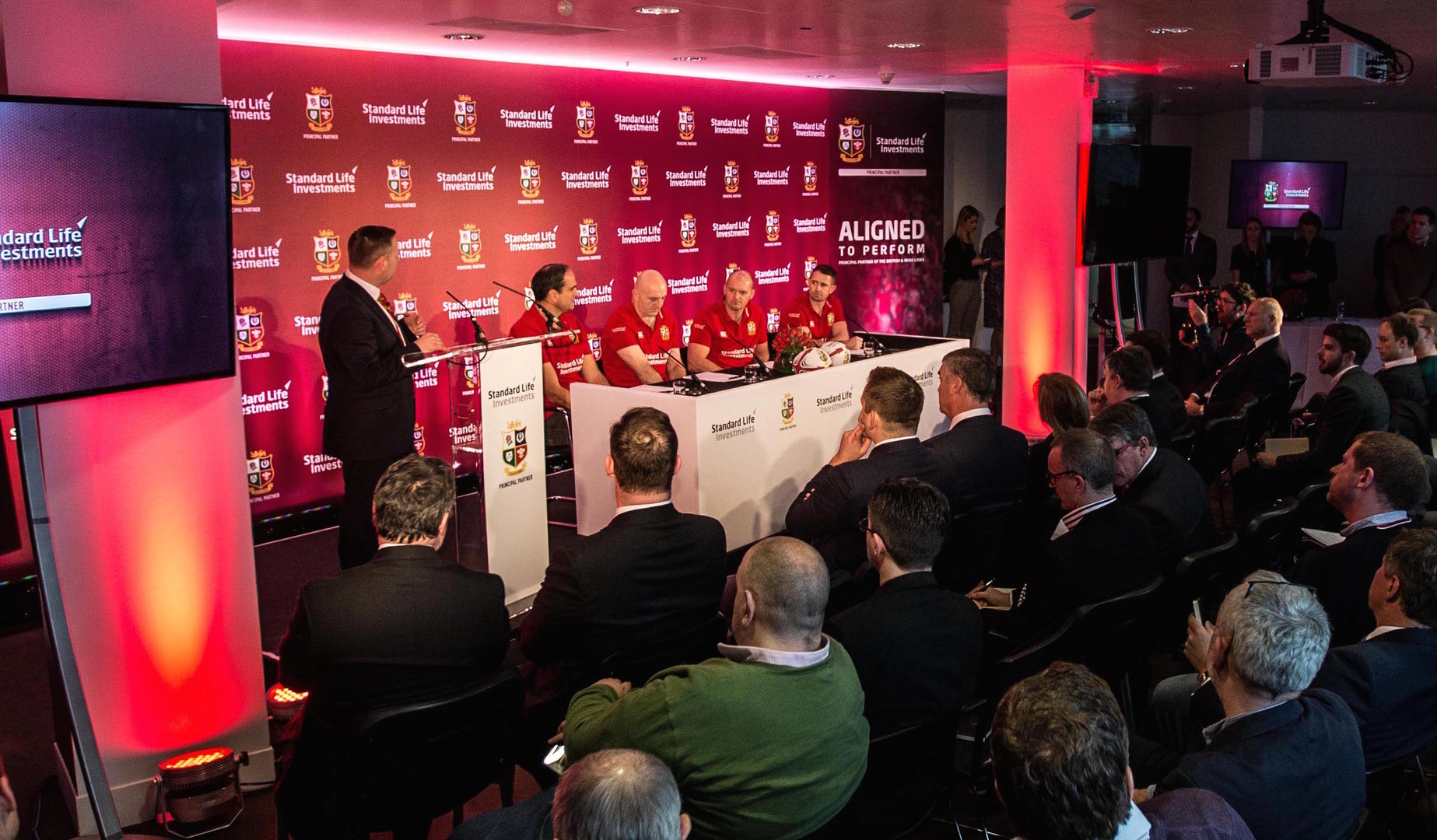 Martin Johnson has warned the 2017 British & Irish Lions that tenacity will trump talent when they head to New Zealand.

Johnson – who captained the Lions to a series win in South Africa in 1997 and again in a narrow series loss to Australia four years later – was speaking at the announcement of the partnership between the Lions and Standard Life Investments.

The global asset manager will become a Principal Partner for the 2017 tour to New Zealand and will sponsor the world famous red jersey in a deal that replaces the association with HSBC.

Johnson was one of four former Lions – along with Shane Williams, Gregor Townsend and Keith Wood – to attend the announcement at 30 St Mary Axe in the City of London.

And Johnson – who lifted the World Cup in 2003 with England – was ready with words of advice for the 2017 tourists, whoever they may be.

“The Lions tour will find you out and test you like nothing else because it is very intense from the first time you get together,” he said.

“You are going to a country that have waited 12 years. Everyone wants to beat you.

“You need character, you can be a good rugby player but you need tremendous character to be a good Lion.

“It is a bigger test than anything in the game because you are out of your little world for seven weeks, you come together very quickly and you haven’t got a lot of time.

“But you are with great people. I remember 1997 – the most intense rugby period of my life. What we put in was huge but what we got out was greater.

“They are unique things. You have to be at your best and only then will you have a chance of being successful.”


Wood – a tourist with Johnson in 1997 and 2001 – backed up his former Lions skipper’s assertions and insisted the tourists will take heart from the quality of players surrounding them in the squad.

“You know exactly the calibre of the players you are coming with, these are all internationals, the cream of the crop – there is always something special about it,” he added

“But it isn’t until you get into the team room and look around – and see guys you were kicking the lard out of the week before – suddenly that heightened level of skill, of capability,  of trust and all the values that come into it.”

But quality counts for nothing if you cannot find the right blend – as Gregor Townsend knows all too well.

“In 1997 we had a week off for team building, getting to know each other, putting principles in place – so that when you suffered tough periods, you could draw on that,” said the Scotsman.

“When we first met up there was a table of Welsh players, a table of English players and a small table of Scots, while Keith (Wood) was on his own on another table!

“But following a week of team building we were a group, we were best friends during that period.

“You have got to buy into the goal which is tough rugby for seven weeks with one goal – and that is winning. It works because of the work the players and coaches put in, the quality of the players.”

Williams – a tourist four years ago in Australia – also went to New Zealand in 2005 and has called that the ultimate test.

“Going to New Zealand and playing rugby is probably the toughest rugby I have played,” he said. “Over the years New Zealand have been the team to beat and for that reason they have won two World Cups in a row.

“That’s not only the series, but the midweek games as well, the Maori and the other teams – you have got to be on top of your game and prepared for war.”

“The Lions represent the best of the best in the home nations. To have Standard Life as a partner for that famous red jersey in my opinion is a perfect fit for the brand,” he said.

“We wanted a partner that shared the same values of respect, integrity, discipline, friendship and all that the Lions stand for.

“We are certain we have found that with them and we are looking forward to working with Keith (Skeoch) and all his colleagues.”

And Skeoch, Chief Executive Officer at Standard Life, agreed with the assessment.

“Ours is a business with a very proud heritage, a belief that teams with talented experts outperform individuals – however gifted they may be,” he added.

“So to be paired with the Lions, who personify teamwork, excellence and integrity, is both exciting and a perfect fit for our ambition to build our brand globally.”

News
Previous story Warburton: Nothing compares to British & Irish Lions
Next story Townsend: Attacking ethos was the key to 1997 success