Martin Johnson has experienced almost all that top-level rugby has to offer but admits there is nothing quite like a British & Irish Lions Tour. [more] 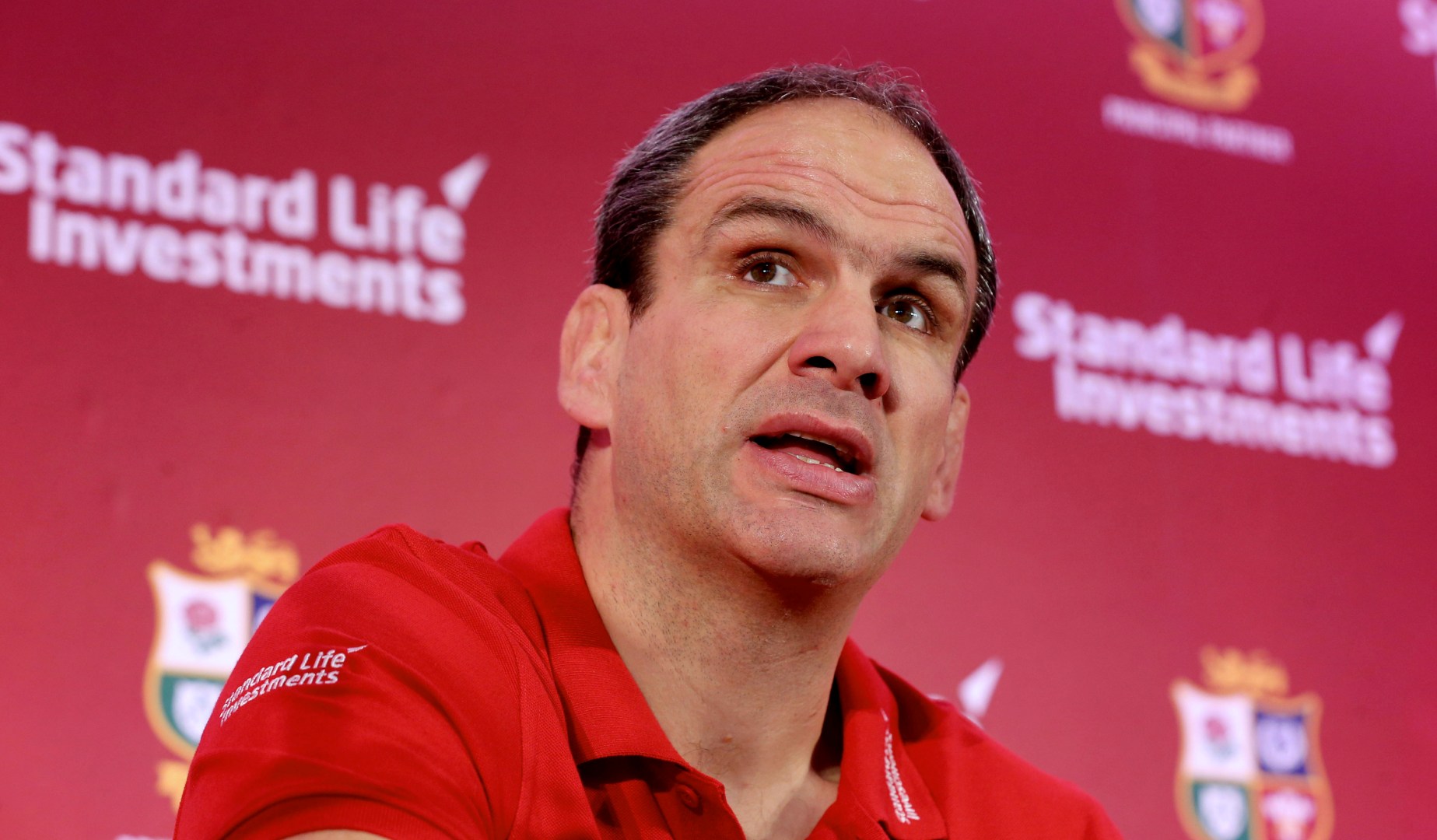 Martin Johnson has experienced almost all that top-level rugby has to offer but admits there is nothing quite like a British & Irish Lions Tour.

The three-time Lions tourist was a fearsome opponent when lining out in white against rivals Ireland, Wales and Scotland.

But Johnson relished the opportunity to line out alongside players from the other home unions and the unique support the Lions attract.

“When a Lions tour rolls around you think ‘I’d love to be able to go on that because that’s the best players from the four home unions and that would be very special’,” he said.

“The great thing is you get to play with those guys who have always been a pain and suddenly they are on your team.

“The Lions supporters have become a phenomenon, too, and that has probably built up from 2001. When we played the first Test in Australia, the stadium was red.”

Johnson is unique even among Lions – the Leicester Tigers legend is also the only man to captain back-to-back tours having led the side to a famous series win in South Africa in 1997 and was also selected to skipper the team in Australia four years later.

But next year’s tour New Zealand will inspire memories of a different tour.

Four years before facing the Springboks, a 23-year-old Johnson joined the pride for the first time, travelling to the Land of the Long White Cloud as part of the 1993 squad.

He experienced a narrow series defeat at the hands of the All Blacks and, to this day, remembers the significance of touring New Zealand as part of a Lions squad.
?
“To win a series in New Zealand is still one of the hardest things to do and it has been very rarely done through the history of the sport,” he added.

“It doesn’t get any tougher but if you can do it, then you go down with the very greatest Lions teams of all time.”

Martin Johnson is an Ambassador for Standard Life Investments, a Principal Partner of The British & Irish Lions.

News
Previous story Barrett eyeing the All Blacks No.10 jersey
Next story The Weekend Wrap