George Kruis and Jack Nowell crossed for the tries as England got their 2016 Six Nations off to a winning start against Scotland. [more] 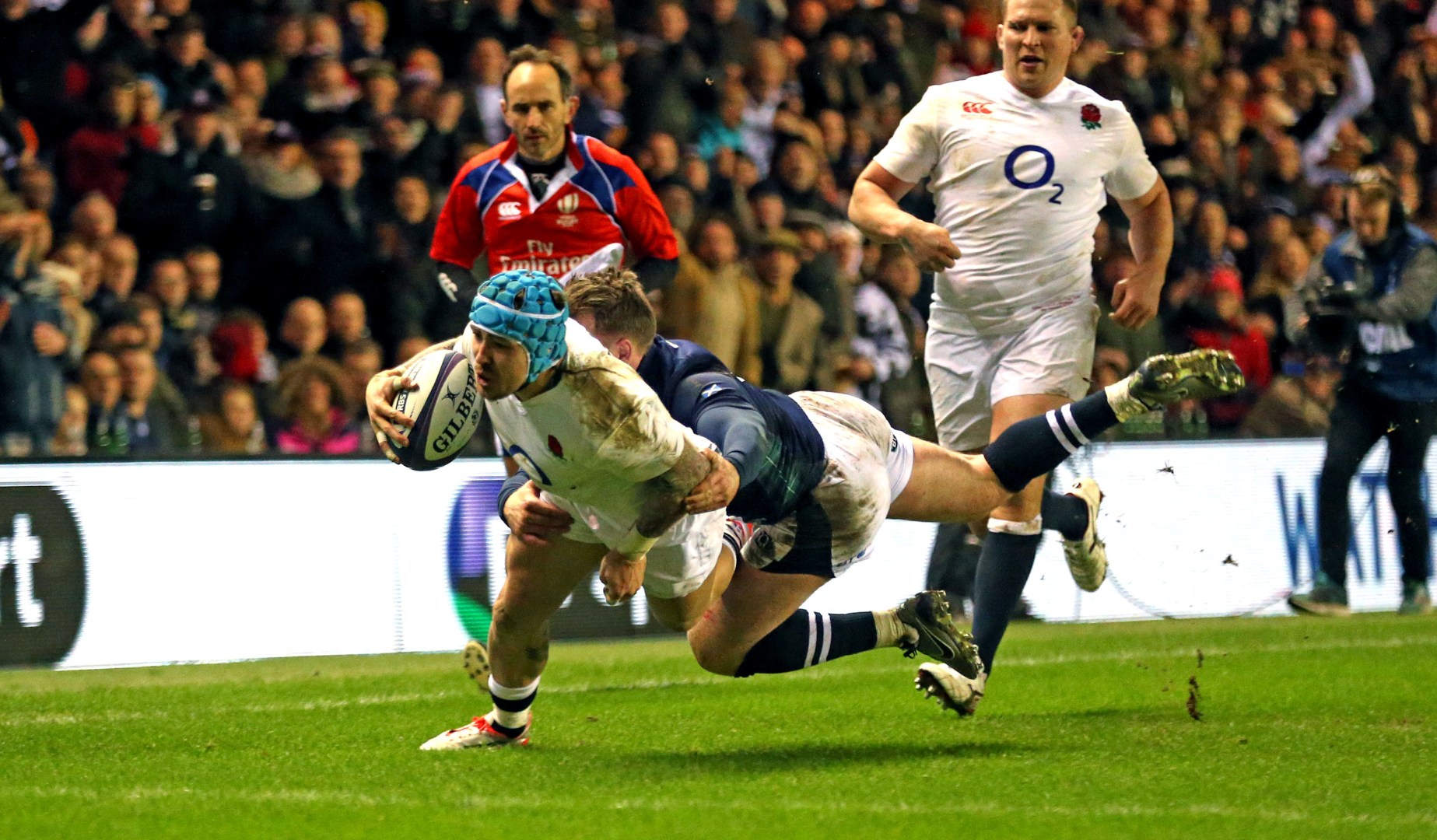 George Kruis and Jack Nowell crossed for the tries as England got their 2016 Six Nations off to a winning start against Scotland.

Under Eddie Jones, who coached against the British & Irish Lions back in 2001, for the very first time, England did enough for victory with a try in each half and some dogged defence.

Second row Kruis went over in the first half and despite a couple of penalties from Greig Laidlaw, Scotland went in just a point down at the break, 7-6.

In the second half the Scots started quickly, with 2013 Lion Stuart Hogg particularly incisive, but they lacked the clinical nature of their opponents and couldn’t take their chances.

By contrast, England were able to extend their lead, the freshly-introduced Mako Vunipola playing a key role as Nowell went over in the corner.

Owen Farrell couldn’t convert but added a penalty as England led 15-6, and despite a late Laidlaw penalty, the visitors held on for a vital win.

England have now not lost to their Auld Enemy since 2008 and Scotland's wait for a first try on home soil against England stretches to 12 years.

Man of the match was Billy Vunipola for his barnstorming efforts at the back of the England scrum, the No.8 carried 22 times for 51m, beating five defenders in the process.

James Haskell also starred in the back row while Dylan Hartley's efforts in his first game as permanent captain of his country were also impressive.

The Red Rose now travel to Italy to take on the Azzurri hoping to build on their fine start, while Scotland travel to Cardiff looking for redemption against Warren Gatland’s Wales.