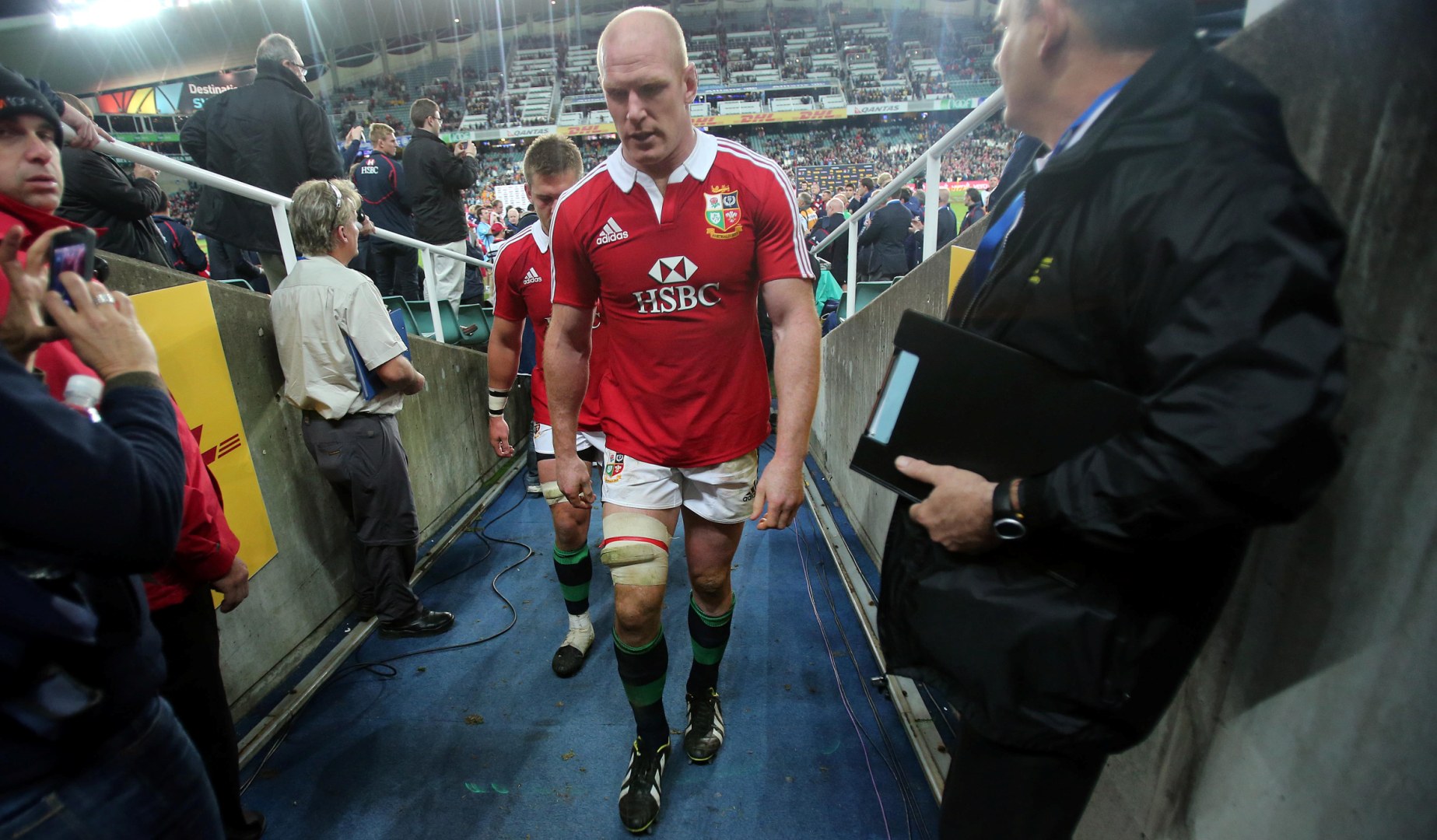 Tour captain for the 2009 Lions in South Africa, it is testament to his remarkable longevity that he was partnered by both Alun Wyn-Jones and Ben Kay in the Lions engine-room.

The Limerick man, who announced his retirement today on medical grounds having won 108 Ireland caps, also featured in four Rugby World Cups, was an IRB Player of the Year nominee in 2006 and won three Six Nations crowns, including Ireland’s historic Grand Slam triumph in 2009.

Yet statistics do little to capture O’Connell’s mystique.  He is a revered figure. When he speaks hairs stand upright, goose-pimples form and those around him excel.

His towering impact is perhaps best captured in the words of the team-mates and rivals he played alongside in red.

Lions and Ireland number eight Jamie Heaslip said: “I am privileged and honoured to have played with Paul O’Connell, the most inspirational captain and leader I’ve played with and against.”

While Adam Jones went even further with his tweet: "Good luck Paul O'Connell with the retirement. Pleasure to play with you, not so much against! Crazy eyes in your team talks!"

"Live up to the jersey…" @Paul_OConnell, the master of the Lions team talk #ThanksPaulie #LionsNZ2017https://t.co/0wJRR5UThV


And former Lion Brian Moore summed it up well when he tweeted: "Chapeau to Paul O'Connell on an outstanding career and for being an equally good bloke."

Here, we take a look at some pivotal moments of Paulie's Lions story.

O’Connell’s later success for the British and Irish Lions was forged on the toughest tour in recent memory as the Lions fell to a Dan Carter-inspired All Blacks.

Despite some tough reversals on tour, the Munsterman’s future looked promising from the outset.

He featured in the tour’s first game against a combative Bay of Plenty side and as talisman Lawrence Dallaglio departed with a broken ankle, O’Connell stepped into the leadership void and immediately looked assured.

As the Lions ran out 34-20 winners, O’Connell had made an early statement about pinning one of those famous Test jerseys.

Ian McGeechan handed O’Connell the captain’s armband after Ireland’s first Six Nations Grand Slam in 61 years in 2009, as the Limerick-born second row followed in the footsteps of Willie-John McBride.

A last-minute penalty by Morne Steyn broke Lions hearts in the second test at Loftus Versfield and meant that the Lions travelled to Johannesburg facing the prospect of a first series whitewash in South Africa in 118 years.

But O’Connell marshalled a resounding 28-9 victory in the third Test to earn a fitting consolation from a competitive series.

O’Connell – as he so often did– controlled the set-piece and provided the cohesive leadership necessary in Lions rugby. Such was his mastery, Springbok great Victor Matfield called O’Connell the best player he had ever faced.

Paul the Lion gets a meat pie:

Despite making 15 Lions appearances in all, it took O’Connell until 2013 and his 12th run-out in the red jersey to notch his first and only try against the Barbarians in Hong Kong.

With the game poised at 6-3 and the Lions hammering the Barbarians’ line amid Hong Kong’s oppressive humidity, O’Connell, who was captaining the side, burrowed over from close range to establish a foundation for the Lions’ resounding 59-8 victory.

Battling win against Wallabies in 2013:

O’Connell’s enduring qualities were typified in the closing minutes of the first-Test victory against the Wallabies.

Told he had broken his arm, he waved away concerned medical staff to pack down and ensure the Lions were not overwhelmed at the close against a resurgent Australian pack.

Despite starting his seventh consecutive Lions test against Robbie Deans’ Australian side in Brisbane, O’Connell had been in real danger of not making the trip at all.

He had spent the majority of 2013 sidelined following back surgery, but O’Connell produced a typically resilient performance on his comeback against Harlequins in the Heineken Cup quarter-finals to book his ticket.

Under O’Connell’s stewardship, the Lions won all 12 of their line-outs in the first Test on their way to a 23-21 victory.

The fracture to his arm prevented O’Connell from taking any further playing part in the Lions 2-1 series victory, yet Warren Gatland acknowledged the second-row’s influence in asking him to remain with the squad.

The decision to retain O’Connell against normal protocol spoke volumes of the esteem in which he was held.

Though in the stands, his presence was integral as the Lions clinched a first series victory since South Africa 1997.