Feature: Lions Bolters from the blue 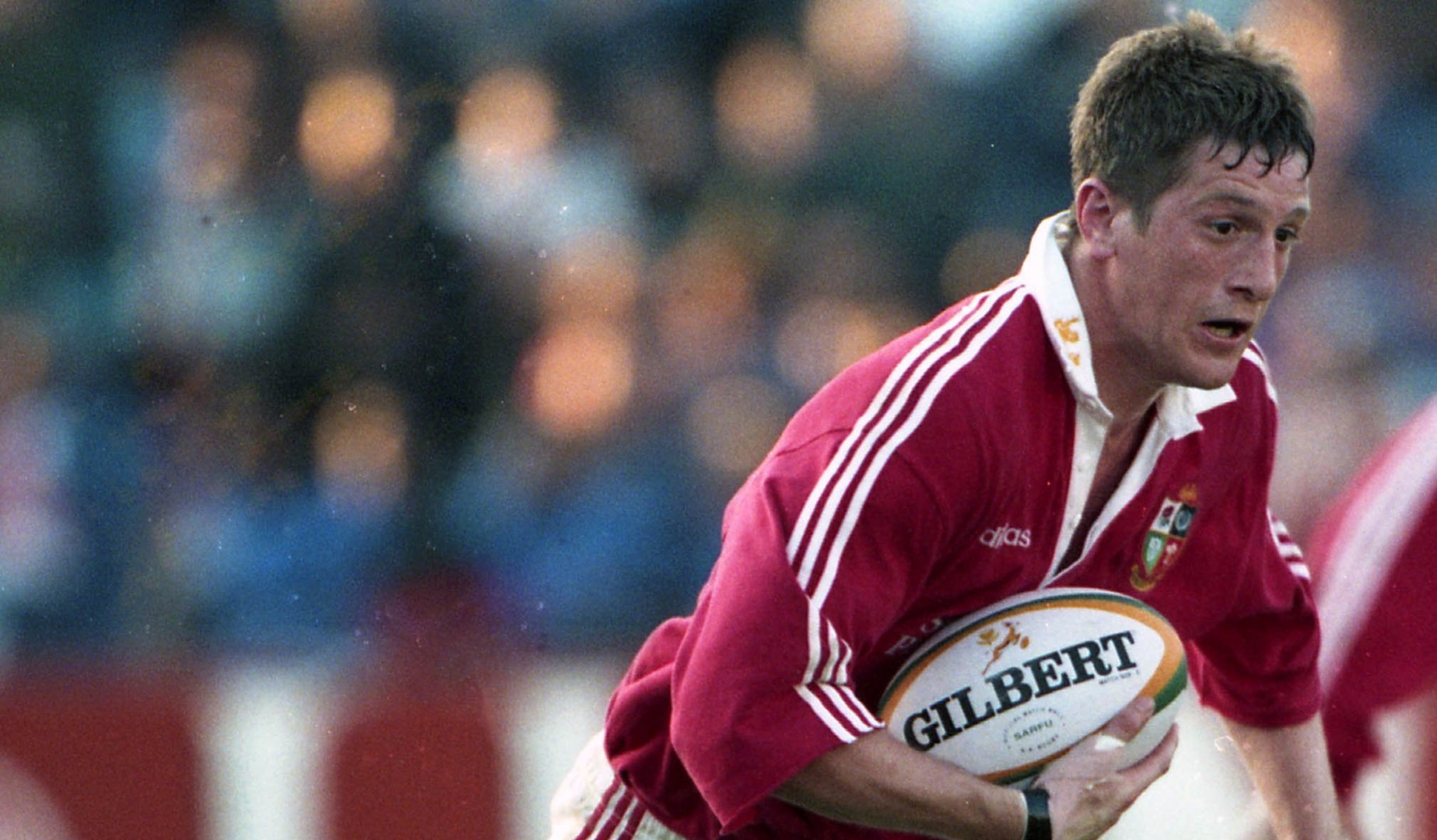 Most players are already well established for their own countries before stepping up line out for The British & Irish Lions but history shows that, once every so often, inexperienced players can make the leap.

"If you are selected for the Lions, you are also being picked alongside Welsh, Scottish and Irish players. That takes some doing."

Most players are already well established for their own countries before stepping up line out for The British & Irish Lions but history shows that, once every so often, inexperienced players can make the leap.

Here, we look at some of the most famous players who did not let their inexperience get in the way of making enough of an impression to earn selection.

If Brynmor Williams had been born anywhere apart from Wales – or had even played rugby in a different era – it is likely he would have collected far more Test caps than the three he collected for his country.

As it was, the Cardigan-born scrum-half had to be content to sit behind the outrageous talent of Gareth Edwards and Terry Holmes for much of his career – though that did not stop him from receiving the ultimate call-up in 1977, before his first Wales appearance.

A speedy and athletic Williams played his part in three Tests before succumbing to a hamstring injury in the third match, but not before proving he belonged in a red shirt either for Lions or for Wales.

He flourished immediately on tour and played a prominent role with the series tied at 1-1 heading into the Third test.

In the first half Williams’ break set up a try for Willie Duggan, but cruelly his tour came to an end shortly after the interval.

He had to watch on from the sidelines as the Lions eventually lost the series 3-1, confirmed with an agonising 10-9 loss in the fourth Test.

His Wales debut arrived a year later against Australia – he even scored a try – though had to wait until 1981 for his only other two caps.

His bloodline lives on in British rugby however, as father of Cardiff Blue and Wales international Lloyd Williams and Scarlets flyer Tom Williams.

WILL GREENWOOD: The last true bolter

Sir Ian McGeechan clearly saw something that England coach Jack Rowell had not after plumping to call up uncapped 24-year-old Will Greenwood over Red Rose skipper Phil De Glanville.

The year previous, in 1996, he chose to leave Harlequins for Leicester Tigers after struggling to impose himself in the centres due to the presence of Will Carling – and boy did he make his mark.

McGeechan at least had seen enough to call him up for the tour of South Africa and, given that Greenwood would go on to feature on another two Lions tours and win a World Cup, was clearly proven right.

Greenwood proved more than a worthy squad member on tour, though suffered a frightening moment during the match against Free State after swallowing his tongue following a collision.

But he recovered to ensure he took his place in the stands in Durban as Jeremy Guscott sealed a famous series win.

Derek Quinnell was another original selection as a Lions bolter and he could hardly have been part of a more famous party than the 1971 tourists, who remain the only side to clinch a series victory over New Zealand.

By that time he had firmly established himself at Llanelli, and in 1971 a 25-year-old Quinnell, still unrecognised by Wales, did battle with the All Blacks.

And in terms of Test debuts go, Quinnell could not have asked for a better one – taking his place in the 13-3 victory in Wellington, that preceded the draw which secured the series.

And son followed father 26 years later, as Scott Quinnell – who had by that time earned Wales caps in both rugby league and union – stepped up to the Lions shirt in South Africa.

It perhaps speaks for the strength of Welsh rugby in the 1970s that Elgan Rees is the third Welshman to make the list, an original call-up of the 1977 tour alongside fellow bolter Brynmor Williams.

Rees had some strike rate during the tour – he scored eight tries in 12 appearances – and was well worth his first Test cap when he was selected for that 10-9 defeat in the final encounter with the Kiwis.

The winger would go on to be involved in the 1980 tour to South Africa, through it was not until 1979 that he earned his first cap for his country – scoring on debut against Scotland at Murrayfield.

His eye for the try-line on the international stage continued apace, totalling six tries in his 13 Wales caps before his last against France in 1983.

Rees is another one who can boast of a Lions connection in his family – his daughter, rugby presenter Sarra, is married to 2005 Lion Simon Easterby.

JASON ROBINSON: His union with the Lions

While not a true bolter, no one saw Jason Robinson’s transformation from rugby league legend to British & Irish Lions star in less than a year.

A once-in-a-generation talent, Robinson stated he had nothing left to prove with Wigan Warriors in 2000 before moving onto Sale Sharks, England, and the Lions in double-quick time.

Robinson had won three England caps – the first of which came four months after appearing in the Super League Grand Final – before the tour, though his first Test start was in red.

And he could not have crowned his Lions landmark with a better performance after famously sidestepping Chris Latham to set the tourists on their way to a 29-13 victory over Australia in the first Test.

Robinson again scored the opening try in the third Test but his efforts ultimately were not rewarded with a series success, as Matt Burke had the last say for Australia with his boot.

But reflecting on his whirlwind journey, Robinson admits there is arguably nothing more rewarding in rugby than becoming a Lion.

“There’s no doubt that playing for England is special, especially in a World Cup,” Robinson told the Daily Mail. “But if you are selected for England, you know you are one of the best players in England.

“If you are selected for the Lions, you are also being picked alongside Welsh, Scottish and Irish players. That takes some doing.”

Keith Earls is a shining example of why it’s never too late to strong-arm your way into Lions selection – the utility back had never even started for Munster in the Celtic League before 2008.

Yet such was the start he made to that season, Earls won his first Ireland cap as soon as November.

But not even in Earls’ wildest dream would he have envisioned that his breakthrough season would end up with him on the plane to South Africa as a Lion.

After an unsteady start in the opening tour game against Bay of Plenty, Earls improved vastly as the tour went on and ended with two scores from his five matches.

Injuries have frustratingly chopped down Earls at various stage of his career since, but he is homing in on his 50th cap for Ireland and at 28, has a shot of wearing the Lions shirt again in 2017.

SEAN MAITLAND: Made in New Zealand but born a Lion

Sean Maitland was the least experienced Test Lion on the 2013 tour, though in terms of the timeframe involved the wing shot out of nowhere almost as fast as any bolter.

New Zealand-born Maitland, who qualified for Scotland through his grandfather, played every game at the 2013 Six Nations after lighting up the scoreboards for Glasgow Warriors upon his arrival in 2012.

It only took nine minutes for Maitland to make his mark on Scotland debut – against England at Twickenham no less – which aptly sums up his quickfire ascent to a Lions jersey.

Maitland, now playing in England with London Irish, was not the only Lion born in New Zealand – he became the fourth after Arthur O’Brien, Pat McEvedy and Riki Flutey.

And though he did not add to his five Test caps with the Lions, he featured heavily on a winning tour in Australia and topped it off with a try against Melbourne Rebels.