Three-times Super Rugby Champions the Blues were off-colour last season, struggling to make an impression throughout and managing only three victories for an uncharacteristic 14th place finish, 26 points shy of their nearest rivals in the New Zealand conference. [more] 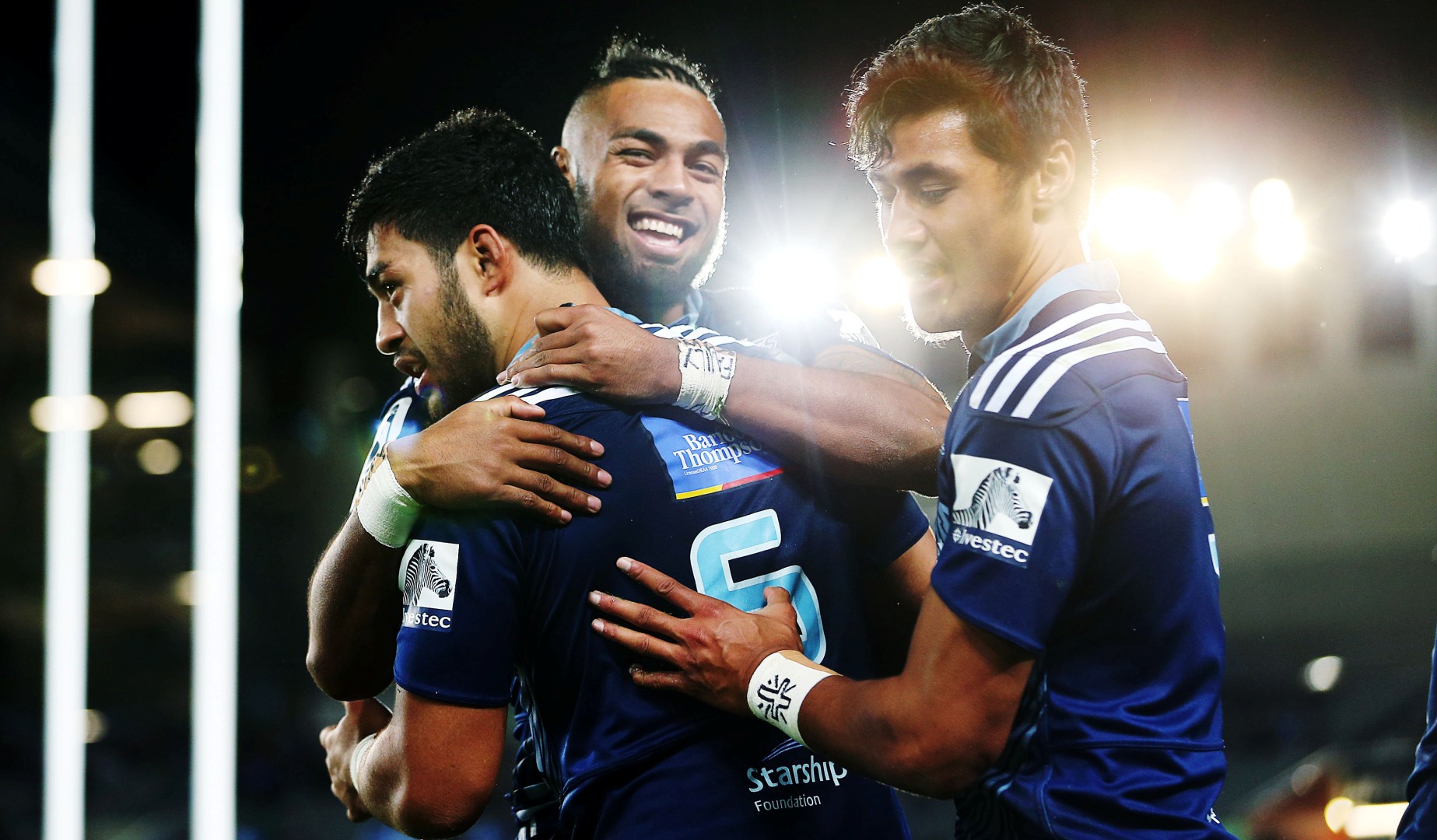 Three-times Super Rugby Champions the Blues were off-colour last season, struggling to make an impression throughout and managing only three victories for an uncharacteristic 14th place finish, 26 points shy of their nearest rivals in the New Zealand conference.

After last season’s travails, there is hope emanating from Eden Park once again. In 20-year-old Blake Gibson, 19-year old Sam Nock, as well as brothers Akira and Rieko Ioane, 20 and 18 respectively, they have a truly exciting crop of youngsters, while in Jerome Kaino, Tanerau Latimer and James Parsons there is a solid core of experience.

Captain for the All Blacks’ 2005 Grand Slam tour of Europe and the Lions summer visit, Umaga arrived at the Blues having forged a sterling reputation with Counties.
Blues' pre-season form has been positive. They scored four tries in beating Chiefs 24-12, a performance marred only by Jerome Kaino’s errant punch earning him a ban that rules him out of their season-opener against the Highlanders.

The Auckland franchise played a simple yet effective game-plan against Chiefs – forwards carrying hard and straight, backs playing instinctively but sensibly– which has mirrored Umaga’s clear, concise communications since taking over.

He is there to change the Blues from winners to losers and despite no tackles yet made in anger, there is reason to expect an improvement on last year.

Akira Ioane announced himself in some style to the Super Rugby world with a stunning solo try against Western Force last year in a rare Blues victory.

It is testament to his precocious talent that he could hijack the limelight in a back-row along with double World Cup winner Jerome Kaino.

Ioane has continued to build on his reputation with some remarkable displays for New Zealand Sevens, winning player of the finals as they won in Sydney. Also on display in Australia was his younger brother Rieko, who took player of the tournament.

Rieko, who plays centre or wing, is unlikely to be left behind by his older brother. During the pre-season Chiefs clash, having first fallen flat on his chest, he beat two men as he got up, burst past the half-way line and gave a try-scoring pass to Matt Duffie to seal victory.

Both could miss games through Sevens commitments, but Blues fans will have their eyes firmly fixed on these two brothers. They have the potential to be world class.

Umaga has not been flash with his signings, but a few key returnees, along with a band of youngsters, will be key to Blues’ fortunes this year.

Steven Luatua was dropped from the All Blacks in 2014 after 14 tests because of doubts over his fitness and if last week is anything to go by, Luatua has worked hard to banish any conditioning question marks as the back-rower turned in a tremendous shift against the 2013 champions.

Powerhouse centre Rene Ranger has returned from a stint with Montpellier in France and could form an all-action centre pairing with George Moala. Former centre Umaga will though, be aware of the need for balance in his three-quarters and has gone with one of Japan’s World Cup heroes Male Sa’u alongside Moala in the centres to face Highlanders.

Alongside the Ioanes, Blake Gibson looks an exciting prospect on the openside, Melani Nanai was one of few Blues players to show up well last season and blockbuster lock Patrick Tuipulotu’s return from hip surgery will be eagerly anticipated by both Umaga and Steve Hansen.

The less said about last season for the Blues, the better. To win three games for a franchise of their stature does little justice to the talent at their disposal.

Positives can certainly be found. The discovery of Akira Ioane for one is something that will certainly pay off for the Blues over time. Similarly, Ihaia West will have a key role to play in the Blues season and his experiences from last year will undoubtedly have strengthened his resolve.

After waiting until round nine to claim their first win, Umaga will inherit a squad who are patient in their expectations for the season ahead – a quality all incoming coaches relish – and positive results in the opening weeks will be all the sweeter.