Scotland have slipped to consecutive narrow defeats this month and head coach Vern Cotter will be hoping the return of try-scoring specialist Tim Visser can swing things in their favour on Saturday. [more] 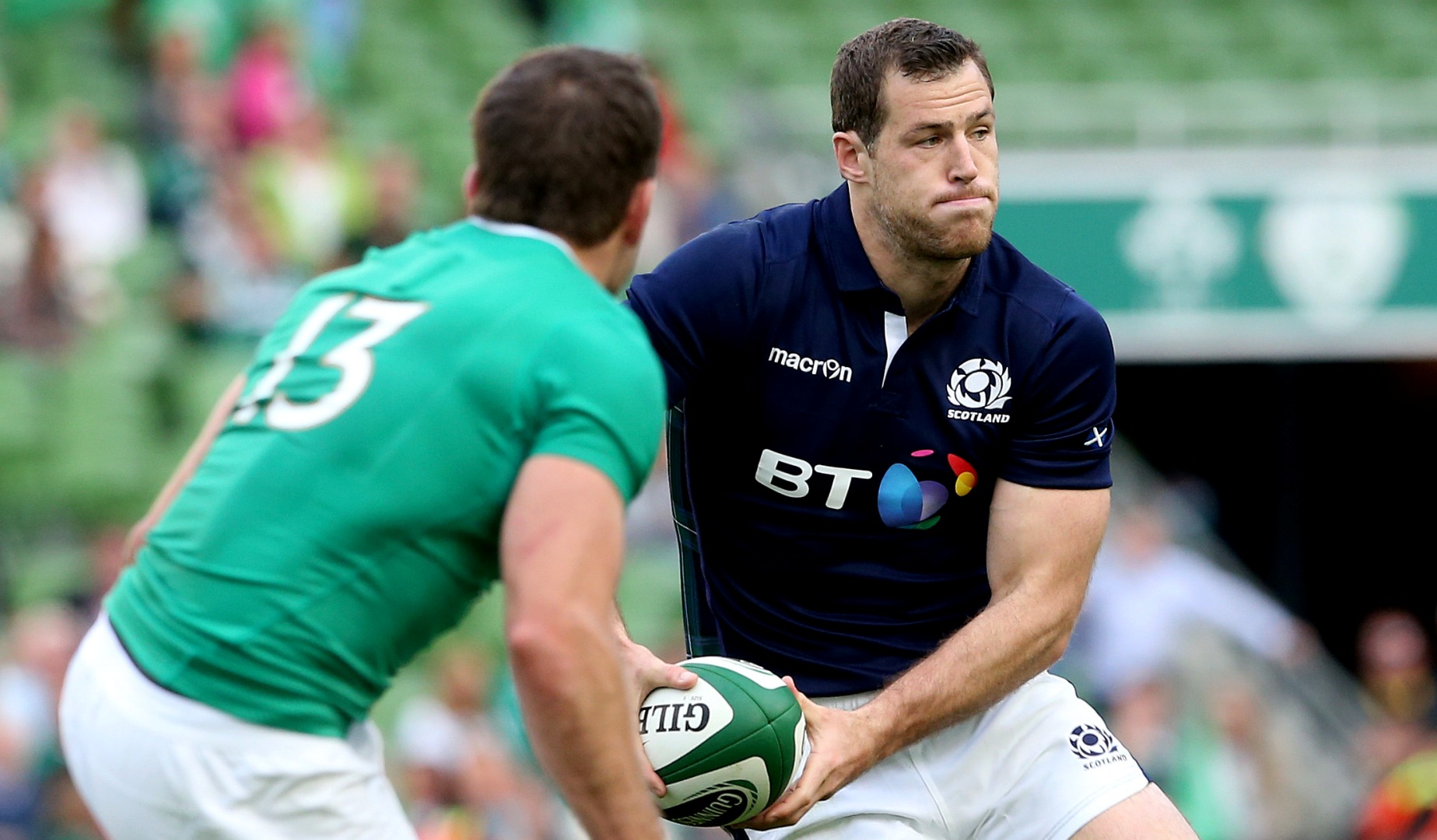 Scotland have slipped to consecutive narrow defeats this month and head coach Vern Cotter will be hoping the return of try-scoring specialist Tim Visser can swing things in their favour on Saturday.

After slipping up at home to England and away against Wales – both by less than a converted try – Cotter can welcome Visser back into his starting XV for a trip to the Stadio Olimpico to take on Italy.

With ten tries in 23 Scotland caps and five in just seven league appearances for Harlequins this season, the 28-year-old is a proven finisher.

He lines up opposite a worthy opponent in the shape of Leonardo Sarto – a battle of two towering wingers that is sure to create fireworks in Rome – and Visser, who shakes off a hamstring injury to replace Sean Lamont in the Scotland side, is hoping to show off his try-scoring expertise.

“It’s just what I do as a player,” he told the Scotsman. “That’s the only thing in rugby that I am genuinely good at.

“You have to trust in yourself as a player to be able to deliver on that. I am obviously heavily dependent on how the games go and on the players inside me but I trust myself to be in the right place at the right time because I tend to be good at that.

“I think there is only so much pressure you can put on yourself and you can bring me in to be a finisher but I can only finish if there is something to finish.

“I believe in myself and I believe in the players inside me. There are some genuinely exciting players in that back line, even in the forwards as well. It’s exciting and hopefully there is something to finish.”

Visser is the only change to a Scotland side that promised so much when narrowly missing out on a World Cup semi-final late last year.

For Italy, Kelly Haimona replaces the injured Carlo Canna at fly-half while Leonardo Ghiraldini, Josh Furno and David Odiete all come in.

One thing that never seems to change, though, is Sarto’s presence in the No.14 shirt and the 24-year-old will start on the right wing on Saturday.

Sarto actually made a try-scoring debut for the Azzurri against Scotland in Pretoria in the summer of 2013 and Visser will have a job on his hands to ensure that feat is not repeated.