Shane Williams: My Lions XV from Championship Round Three

It was a great weekend of Championship action with three wins for the Home Nations and some really eye-catching performances from some young Irish players in defeat. [more] 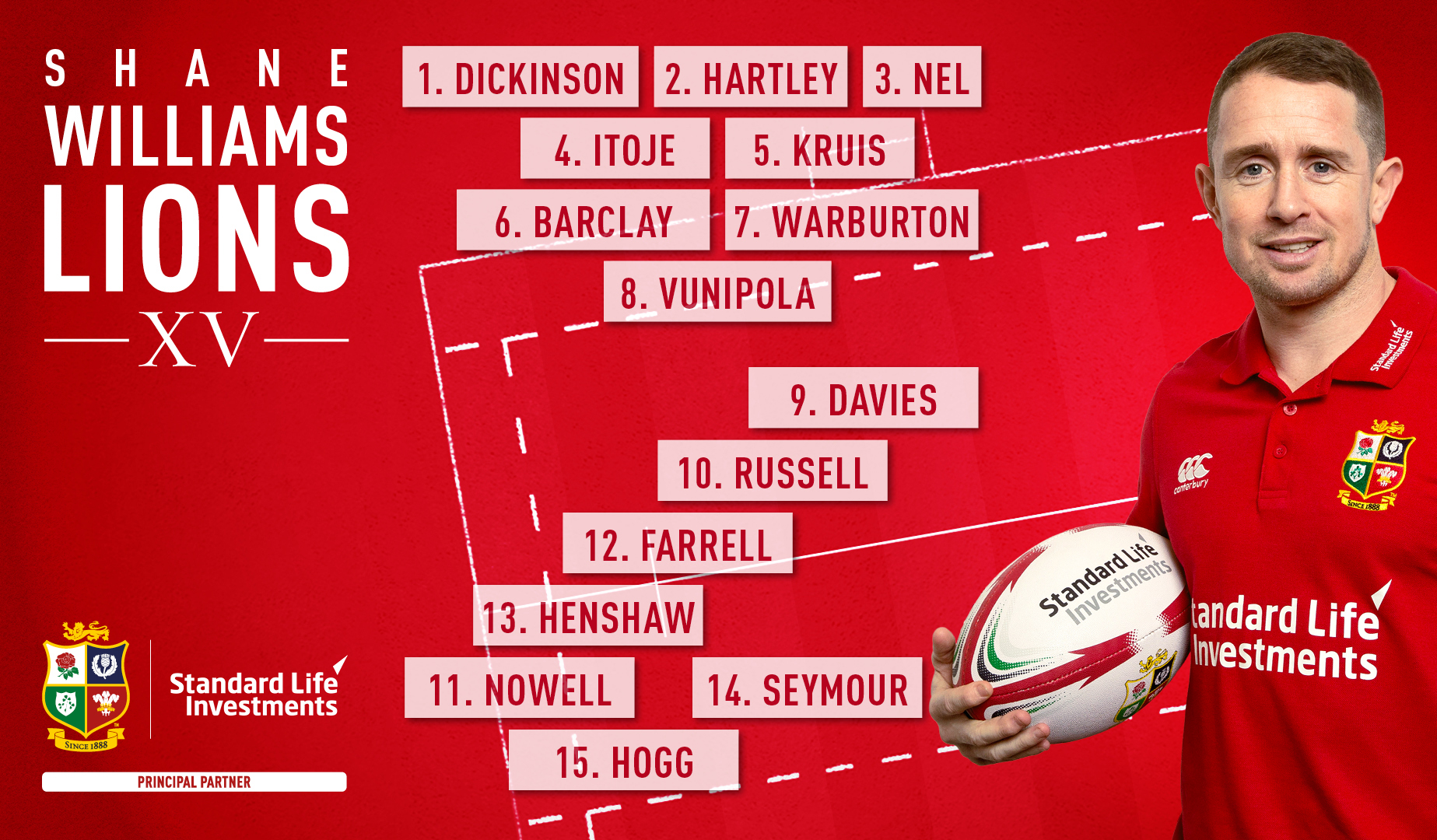 It was a great weekend of Championship action with three wins for the Home Nations and some really eye-catching performances from some young Irish players in defeat.

It was a great weekend of Championship action with three wins for the Home Nations.

Even in defeat there were some really eye-catching performances from some young Irish players while it was great to see some young Scottish players get their first ever wins in the Championship. The skill levels on show from the likes of Stuart Hogg and Finn Russell were also fantastic to see.

As ever, these were hard-fought Test matches but it was also good to see all four teams play with real ambition at times. That gave a lot of players more chance to show what they could do in attack – showing that you can do something a little bit different will also interest Lions selectors.

Below is the team I would pick based on this weekend’s action.

I was very impressed with Liam Williams against France on Friday night for Wales – he looks like he is getting back to his best but Stuart Hogg is on fire at the moment. He created two tries against Italy and always looks so dangerous with ball in hand so I have to go with him.

Anthony Watson impressed me, particularly in the first half for England, but Tommy Seymour has had two good games in a row in this year’s Championship. It is not just his tries – which were both well taken – that has impressed me though. His work-rate in defence catches the eye also. He’s a really impressive player.

Robbie really stepped up to the plate for Ireland at Twickenham on Saturday, he got through a lot of work and, but for a superb covering tackle from Jack Nowell, would have had a deserved try. He has not been in the Ireland team all that long but he already feels like one of their best – and most important – players.

Owen had a great game for England in Italy in Round Two of the Championship and he seems to be growing into that role at inside centre. There was a lot of debate about whether England could play with both him and George Ford but it seems to be working. England look good with a second receiver who can step in and against Ireland he looked very strong.

I always like to keep an eye on the left winger and Jack Nowell is great to watch. He may not have scored a try against Ireland this weekend but defensively he was superb, especially his try-saving tackle on Robbie Henshaw, and in attack his work rate is phenomenal. He is always popping up on someone’s shoulder and looking for as many involvements as possible.

Jonathan Sexton had a good game for Ireland – as he nearly always does – but I think this was Finn Russell’s best-ever performance for Scotland. He is good at taking the ball to the line and creating space for others and against Italy he was a real threat. Even though he did get a yellow card I still think he was the stand-out fly-half this weekend.

The breaks that he can make, conjuring something out of nothing, are just fantastic. There were a couple of times he made a break and then made the wrong decision but that will come with time and experience. He was the stand-out performer for Wales and deserved the man of the match award on Friday night.

I had to pick the two Scotland props because they were both absolutely huge in Rome. I can’t pretend to know a lot about what goes on in the front row! But the Scotland scrum was fantastic against an Italy side that traditionally pride themselves on their set-piece. When you add to that the fact they contributed a lot around the pitch as well and Scotland have found a couple of very strong props to build their team around.

Dylan had a good game but I thought he captained very well also. When both James Haskell and Danny Care went into the sin-bin they needed to show some experience and he did that. There was a lot of debate about whether Hartley would make a good captain but I think it was a masterstroke.

He was absolutely superb on his first start for his country – he was everywhere and brings good aggression to the side. He runs hard, tackles well and is a real threat in the lineout. He also executed a superb turnover at a key time. It looks like he means business.

George is a fantastically physical second row – and I think he makes a great pairing with Itoje for England both now and in the future. They obviously have that club connection at Saracens so things are looking very promising for England in the lock department.

John has been playing exceptionally well for the Scarlets and fully deserved his recall for Scotland. He is really enjoying his time back in the international fold and against Italy he ran some great lines, got over the gain line and was one of the best players on the pitch.

This was one of Sam’s best games for Wales – there were some good open-sides on show this weekend because I thought John Hardie and Josh van der Flier were both impressive. But playing against France in a scrappy game suits Sam down to the ground. He is still coming back from injury but looks to be close to his best.

This guy was just huge at No.8 for England, he is playing so well at the moment and, even more importantly, he appears to be enjoying himself and that just makes everything a bit easier. He made so many carries against Ireland and beat 10 defenders according to the stats so it is very difficult to look anywhere else really when picking your No.8.