For self-confessed British & Irish Lions fanatic Peter Watson, the chance to experience a trip of a lifetime on Tour to New Zealand was simply too good to turn down - which is why he made a little piece of Lions Tour history. [more] 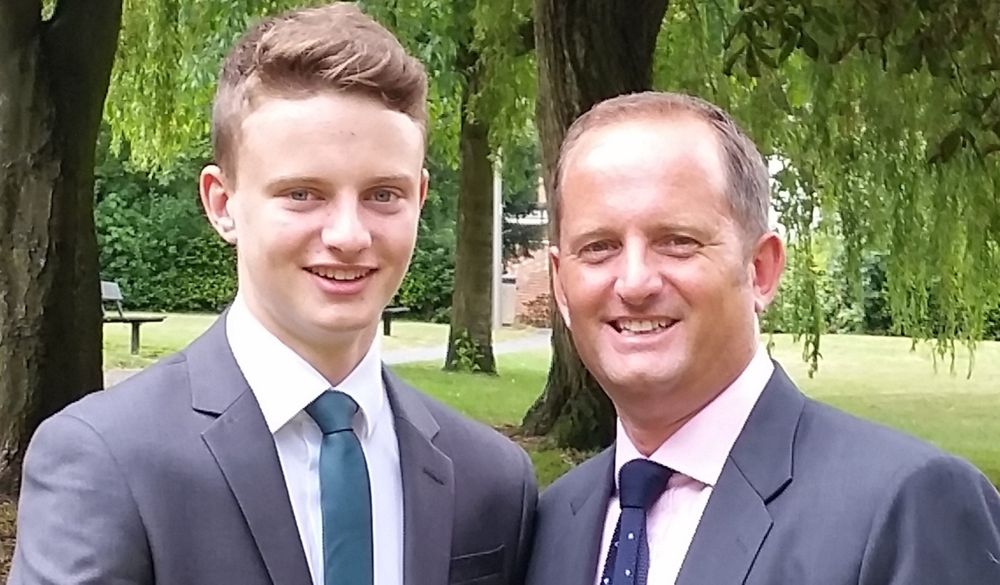 For self-confessed British & Irish Lions fanatic Peter Watson, the chance to experience a trip of a lifetime on Tour to New Zealand was simply too good to turn down – which is why he made a little piece of Lions Tour history.

The 47-year-old set his heart on being part of the greatest rugby tour on the planet three years ago and wasted no time in guaranteeing his place with Official Lions Supporter Tours, becoming the first fan from the British Isles to book his place ahead of the 2017 Tour.

“It’s a once in a lifetime opportunity to be part of the greatest rugby touring experience there is,” he said. “I have been fortunate enough to visit both South Africa and Australia on business and holiday, so having never been to New Zealand the idea of combining a visit with a Lions Tour really appealed.

Peter has spent the last 12 years heavily involved with Brentwood RFC in Essex and will travel to New Zealand with his son Tommy. He will be one of the thousands of Lions fans at all three Test matches and his base will be in and around Auckland.

“My son will be going to Sandhurst in 2018, so this is just a great opportunity to go on a rugby tour together before he joins the Army. The first Lions Tour he remembers well is the one in 2005 to New Zealand, so it was fitting we chose this one.

“It’s just one of those things I have always wanted to do. When you have seen all the DVDs, remember the great tours and have seen the ‘Sea of Red’ of fans, it’s just something I want to be a part of.”

The Lions will be roared on by a red legion of fans as four countries come together as one but Peter will always know he was the first Lions fan to book through Official Supporter Tours.

“New Zealand is a great country, I have some friends in Auckland who have already been looking at things to do but this was just the complete package – I want to enjoy the ‘craic’ of being on tour with fellow fans but to be guaranteed to see the three Test matches is the most important thing, hence booking early!” he said.

“I booked officially (through Lions Rugby Supporter Tours) because of the security of the tickets, the service was excellent and it was hassle free. To do it officially is the way to go.

“To be part of the ‘Sea of Red’ will be a great experience and when you have grown up with rugby, this really is the trip of a lifetime.”