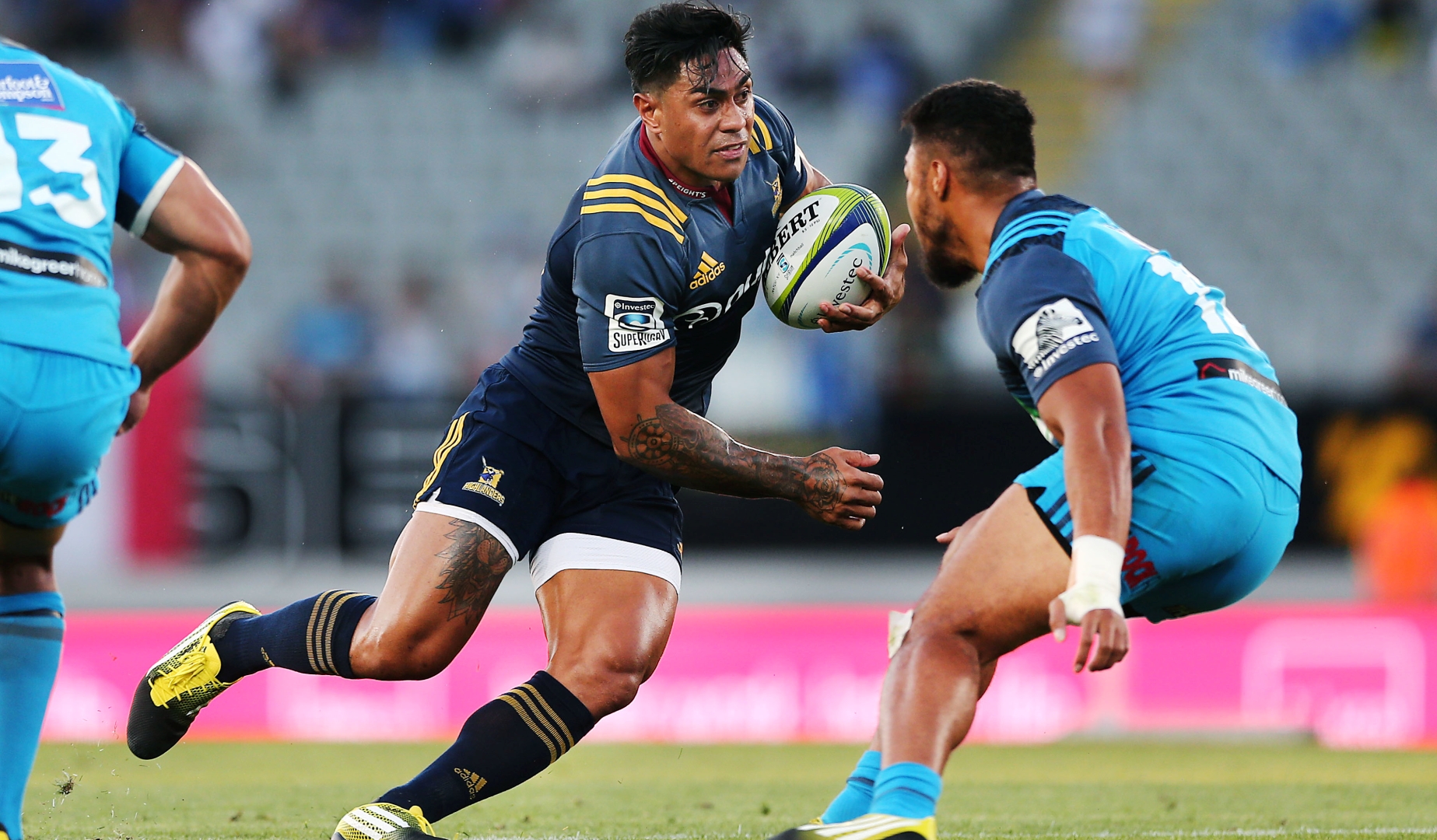 As we prepare for round four, we've picked out some of the key points from the weekend, particularly in New Zealand.

Midfield spots up for grabs

After the retirement of both Conrad Smith and Ma’a Nonu, the fight is on to secure those coveted All Black midfield spots.

That duo had the jerseys locked up for the best part of a decade but there have been some stand-out performers already in Super Rugby this season.

Chief amongst them have been Malakai Fekitoa for the Highlanders and George Moala for the Blues and the duo will be back in action this weekend for their respective franchises.

Throw in Ryan Crotty – a capped All Black already like his two rivals – who makes his return for the Crusaders in round four when they welcome the Kings and the All Blacks' succession plan looks in good order.

The Canes were always going to struggle to replace that totemic pairing of Nonu and Smith but youngsters Ngani Laumape and Vince Aso are given another chance against the Force this weekend.

And that is without counting the Chiefs duo Charlie Ngatai and Seta Tamanivalu who have started well – Steve Hansen will be keeping a close eye on his midfield options and you should be too.

Cruden needs to start teeing off

Staying with the Chiefs, and regular readers of our Super Rugby pieces will know that we have already flagged up the brilliant showings of Chiefs full-back Damian McKenzie this season.

His smart running lines and devilish footwork have been one of the highlights of the first three rounds of the season.

But on top of that, his goal-kicking has been near flawless, leaving All Black fly-half Aaron Cruden to focus on his playmaking.

Cruden is coming back from a serious knee injury and with McKenzie on fire the Chiefs will be reluctant to make a change.

However, with the competition to succeed Dan Carter as the new No.10 extremely high – the Cruden will be keen to get his hands back on the kicking tee when they head to Argentina to face the Jaguares.

The next Ioane off the conveyor belt

Last week we flagged up Akira Ioane as a man to watch with the 2017 Lions tour in mind, but this week it is the turn of his brother Rieko.

The younger Ioane only turns 19 tomorrow but, after starring on the Sevens tour for New Zealand, is now handed his Super Rugby chance by Blues head coach Tana Umaga.

Rene Ranger drops out of the squad to make room for the young winger who impressed in pre-season for the Blues.

Umaga’s side are hunting a first away win in the competition in nearly two years when they head to Queensland to take on the Reds and All Black lock Patrick Tuipulotu also returns.

Coles is back but no more Nehe

Dane Coles has cut a frustrated figure on the sidelines for the first three rounds of the regular season as the Hurricanes have made an inconsistent start.

But the 29-year-old All Blacks hooker – who started the World Cup final last year – is back from his calf injury and desperate to prove his undoubtedly world-class talents out on the pitch.

The news of Coles' return has been tempered by the fact that Nehe Milner-Skudder will miss the rest of the season.

His injury is a blow to all rugby fans, the jinking back has been superb for the last 12 months – establishing himself as a key cog for the All Blacks.

But James Marshall will now get his chance in the Canes back three and could be another to keep your eye on.

New faces out wide for Highlanders

The Highlanders stormed to Super Rugby glory last year and their pack – without an All Black amongst them – was the talk of the town.

This season however, it is the backline that includes some lesser-known names looking to make an impression.

Injuries to both Waisake Naholo and Patrick Osborne have opened the door for Matt Faddes and Ryan Tongia to come in and star.

Faddes grabbed a double last time out and retains his starting wing spot for their clash with the Waratahs in Sydney this weekend – a rematch of last’s year Super Rugby semi-final.