Martin Johnson: My Lions XV from Championship Round Five

I know from personal experience just how hard it is to win a Grand Slam so England deserve all the plaudits they are getting. [more] 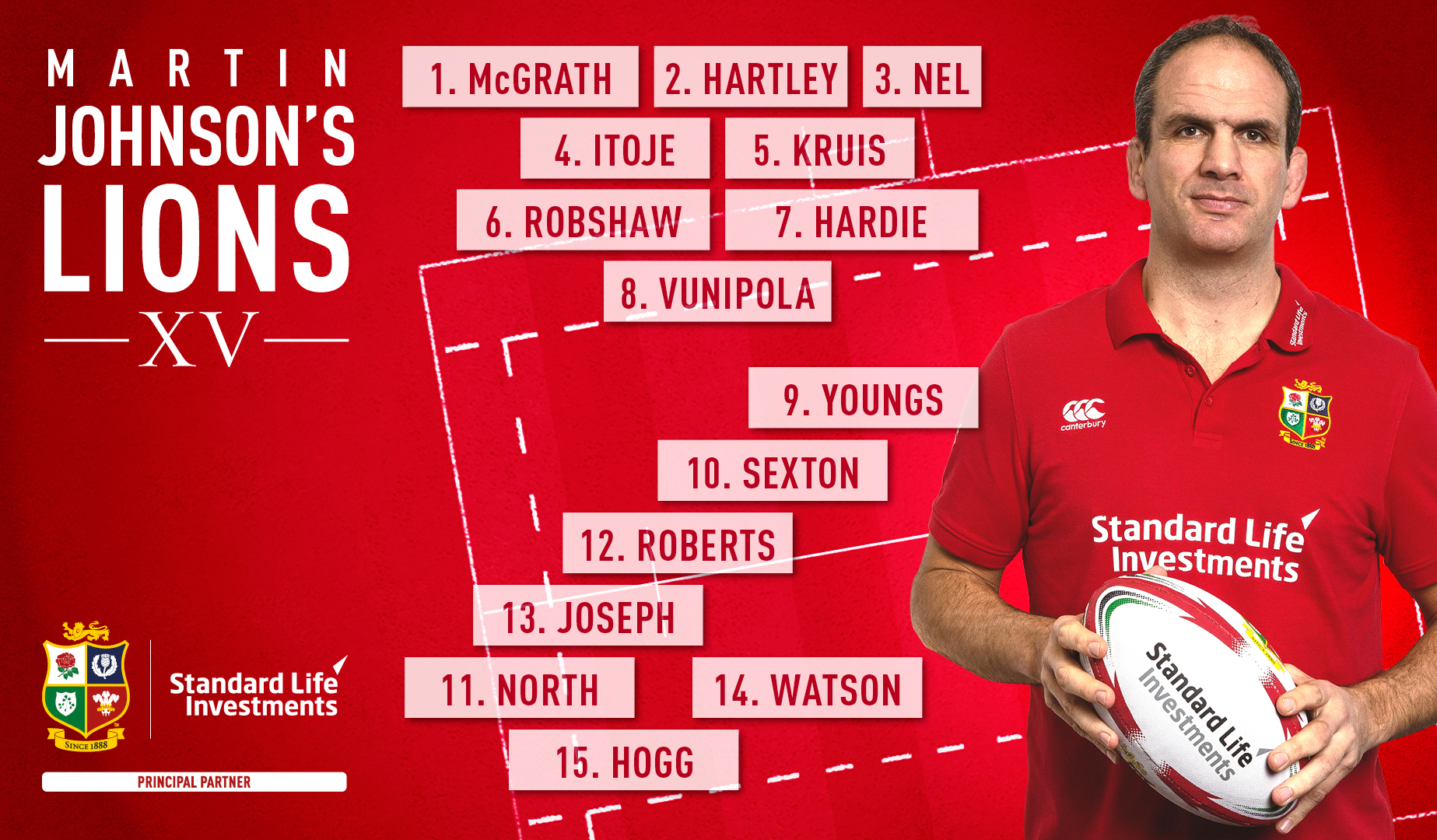 I know from personal experience just how hard it is to win a Grand Slam so England deserve all the plaudits they are getting.

The best team in the Championship often lose one game. I did that in my career countless times and the current England crop had won four out of five every year since 2011.

To go to Paris and do it – something that hasn’t been done by an England team in my lifetime – is all the more impressive.

Going to France is extremely tough, and anyone who thought otherwise needed their head examined. France were always going to turn up for this one. This Grand Slam is one heck of an achievement.

So for that reason England have the highest number of players in my Lions XV from the final round with eight.

After the disappointment of the World Cup the fans deserve this Grand Slam but now England, and the other Home Nations, need to go and win Tests in the Southern Hemisphere.

If you want to be considered a good team – let alone a great one – you need to do that.

Stuart has played really well this year and I think you have to say he is at the front of the queue for the Lions full-back jersey at the moment.

These two wingers are both fantastic finishers and more importantly, they have been playing very well of late. They are the in-form players.

When guys come into the England team and do well they get a bit of praise. But the best players then continue to get better. They don’t rest on their laurels. People forget that JJ has only been in the team a year. I think he is going to keep improving.

Owen Farrell has been superb this Championship and is the sort of player I would want to play with as he kicks his goals and can handle the big occasion. But Jamie Roberts brings a level of physicality that you need in your midfield. So while it is tough on Farrell – who has just won a Grand Slam – it’s hard to look past Roberts.

Jonathan Sexton has grown into the Championship and I think you have to say he is the form fly-half in the Northern Hemisphere still.

This might be harsh on Danny Care because they have both been excellent – pushing each other onwards and upwards. That is what you want in a positional battle. Ben has been there and done it now with five or six years of experience.

When you consider the likes of Conor Murray and Greig Laidlaw and the options Wales have this is a position of real strength for the Lions.

Loosehead – like scrum-half – is also an area with real depth. The two English guys Joe Marler and Mako Vunipola have done well and Rob Evans is on the rise for Wales.

But McGrath has impressed me and the fact that Ireland have not missed a beat without Cian Healy is a credit to him.

He has just captained a Grand Slam-winning side so how can you not have him? He has had his issues in the past but he has led England to the title and you can’t argue with that.

Dan Cole merits a mention here because he has been much maligned of late but remains, in my opinion, England’s most consistent player of the last five years. But WP Nel has been the cornerstone of an improved Scottish scrum and has impressed me every time I’ve seen him.

It’s an interesting time for the second row from a Lions perspective. Paul O’Connell has gone but Alun Wyn Jones is still there, while Ireland are excited about Iain Henderson and Scotland’s Richie Gray is working on his fundamentals.

But if you are picking at the moment for the Lions then it has to be the English pair of Maro Itoje and George Kruis.

I think Eddie Jones has handled Maro’s rise very well, first using him from the bench and then getting him into the starting line-up.

The guy is only 21 and is already being heralded as a savior of the game. Let’s let the kid play. I could see from watching him at club level that he was a fine athlete – at a level which we might not have seen in in the second row before. But I was worried he was more of an athlete than a rugby player. Does he have that natural instinct for rugby? Quite clearly we can say now that he does.

Hopefully he can be managed properly by club and country and England can have him not just for 2019 World Cup, but through 2023 to 2027. Having said all that about Maro, George Kruis has just quietly gone about his business and got better and better with every game.

They make a fantastic pairing – their lineout under the guidance of Steve Borthwick was very impressive and they are going to take some shifting between now and the Lions tour.

One of my highlights of the weekend was seeing Chris get the Grand Slam. It would have been easy for him to go away and worry about himself after the World Cup disaster.

He was dropped as captain, and told to change position and yet he hasn’t missed a beat and would deserve his spot in a Lions team at the moment.

James Haskell did very well this Championship but John Hardie has looked good for Scotland since his arrival on the international scene and gets the nod.

He is a modern-day Dean Richards in my book. He doesn’t look athletic and when he gets the ball he does not look like he is going very quickly, but he is unbelievably effective.

To have a player like that who can get you four or five metres over the gain line every time is invaluable. It makes everything else so much easier.

What do you think of Martin’s selection? Follow the Lions on Facebook,Twitter or Instagram and get involved in the debate!