It was a busy weekend of rugby action all over the world with European knock-out games, Super Rugby and the Hong Kong Sevens taking place. [more] 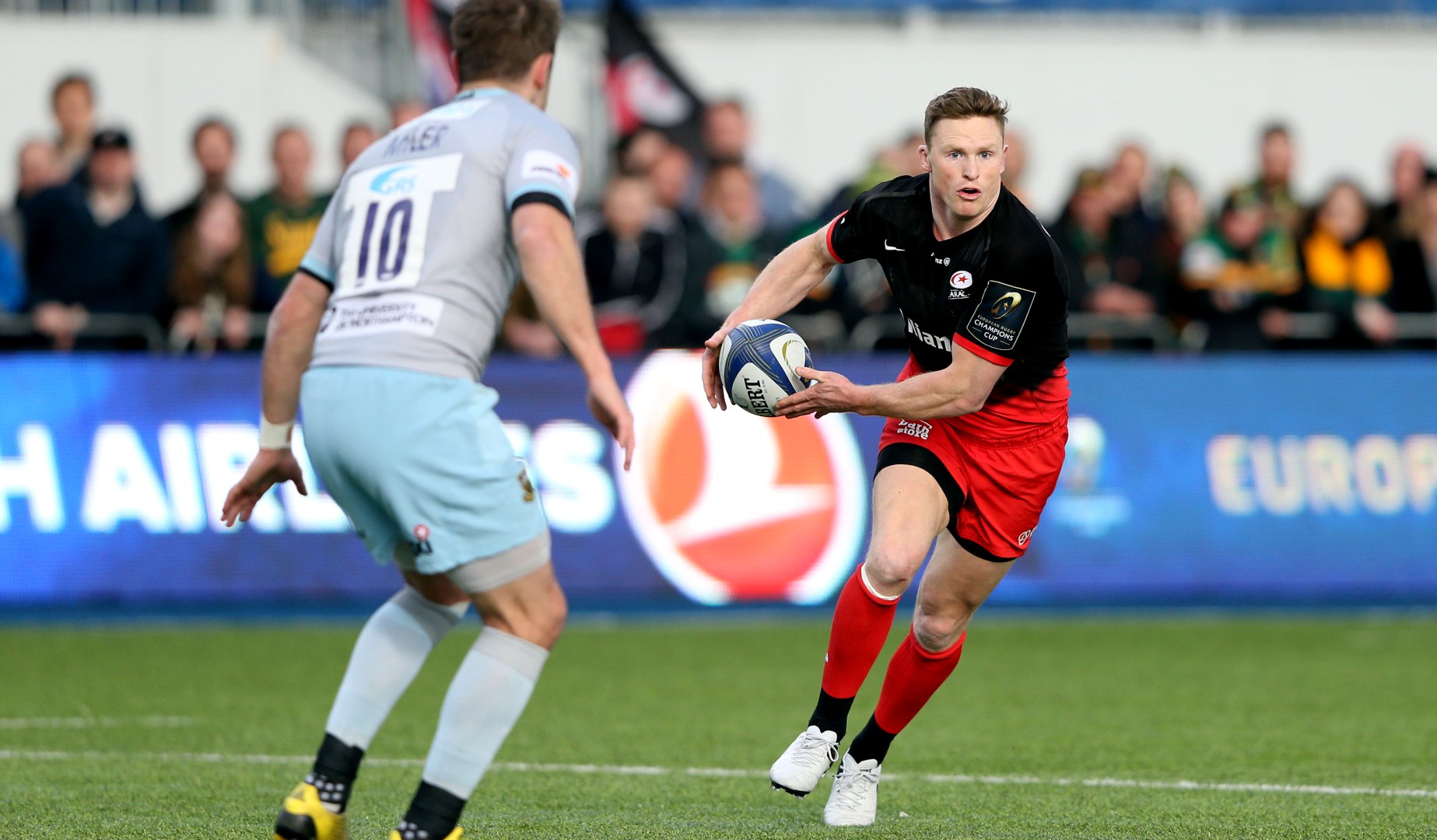 It was a busy weekend of rugby action all over the world with European knock-out games, Super Rugby and the Hong Kong Sevens taking place.

English clubs on the up

Three of the four semi-finalists in the European Champions Cup are from the English Premiership – the first time this has been achieved since the 2006/07 season.

Saracens will face Wasps in one semi-final while Leicester Tigers take on Racing 92 from France in the other.

Back in 2007 it ended up being an all-English final as Wasps beat Leicester Tigers and after the thrilling weekend’s action just gone, you wouldn’t bet against a repeat.

Wasps had fly-half Jimmy Gopperth to thank for their last-gasp win over Exeter Chiefs while the Tigers never looked troubled by Stade Français in their quarter-final cruise at Welford Road.

Saracens edged out domestic rivals Northampton Saints to set up a clash with Wasps while Racing will take on the Tigers after ending the challenge of three-time defending champions Toulon.

There was less good news for English clubs in the Challenge Cup as Harlequins were the only side to make the semi-finals but the PRO12 will also have one participant after Newport Gwent Dragons beat Gloucester.

Eddie Jones’ England won the Grand Slam last month for the first time in 13 years and with English clubs impressing in Europe as well – the Red Rose is certainly in full bloom.

Ashton and Healy wing into contention

There were a couple of British wingers – with Lions berths in 2017 in their sights – that caught the eye this weekend.

In the Champions Cup Chris Ashton looked back to his scintillating best as he crossed for the key second-half try that killed off Northampton’s chances in north London.

After spending the whole of England’s Grand Slam campaign on the sidelines the rugby league convert is in red-hot form with three tries in his last two outings.

With an Australia tour for England a major objective for Ashton, can he carry this form to the season’s end?

In the Challenge Cup, Connacht’s Matt Healy continued his fine scoring form – despite his side’s last-gasp defeat to Grenoble.

Healy is still awaiting his first Ireland cap but the PRO12’s top try scorer – who made more metres than any other player in action this weekend – cannot be far away.

Joe Schmidt will surely look to include him for Ireland’s trip to South Africa this summer and the Lions tour only a year away he could be a bolter for 2017.

Scotland remains the centre of attention

Henry Slade and Elliot Daly played out a superb midfield battle at the Ricoh Arena, Robbie Henshaw remains on top form for Connacht and Manu Tuilagi looks back to his best.

But if you were looking for the two stand-out centres in action this weekend – Scotland was the place to look.

Duncan Taylor starred in the Championship for Scotland this year – scoring two tries and earning a nomination for Player of the tournament.

And he was back to his old tricks for Saracens on Saturday evening as they came from behind to hold off Northampton.

Equally capable at 12 and 13, Taylor is fast becoming one of the first names on the Saracens teamsheet as their quest for domestic and European silverware continues apace.

Elsewhere, Glasgow Warriors won their seventh in a row in the PRO12 to cement their spot in the top four.

Peter Horne was the man of the match for the defending PRO12 champions as he crossed for two tries in the victory over Zebre.

Horne – equally capable at 10 or 12 – could dovetail nicely for Scotland with Taylor and that is without mentioning Mark Bennett and Alex Dunbar. Scotland have an embarrassment of riches in the centres currently.

New faces emerging in the back row

With James Haskell away with England and Nathan Hughes struggling with injury – it was not only George Smith who picked up the slack in Wasps’ back row in 2016.

Dai Young’s side have now won 12 of their last 13 in all competitions and testament to their squad depth has been the emergence of Thomas Young.

The Welsh flanker – who is the son of Dai – has been absolutely superb for Wasps and his appearance off the bench against Exeter on Saturday turned the game in their favour.

But while those four players offer very different skillsets, Young’s great strength lies in his adaptability and ability to cover all bases needed by a back rower.

Wales head to New Zealand this summer and Warren Gatland will certainly be weighing up the merits of including the 23-year-old.

While Wales appear to have struck gold, England will also be licking their lips at the form of Teimana Harrison.

Playing at No.8 for Northampton Saints, the 23-year-old, who was born in New Zealand but has an English father, put in a strong performance against Saracens.

And when asked whether Harrison should be considered for the England Saxons tour of South Africa this summer, Saints boss Jim Mallinder – who views Harrison as an international openside flanker,  said: “Tour to Australia, I’d say! He is definitely in the frame. He has been improving for a few years but I think we have seen a level of consistent performance from him this year to suggest that he go on and play at a higher level.”

News from Down Under

For an in depth take on the weekend’s Super Rugby action read what the Lions Scout had to say, but Julian Savea’s hat-trick on his return for the Hurricanes will inevitably take the headlines.

Throw in Sonny Bill Williams’ showings for the New Zealand Sevens side – who lost in the final in Hong Kong to Fiji – and it was a dramatic weekend south of the equator as well.