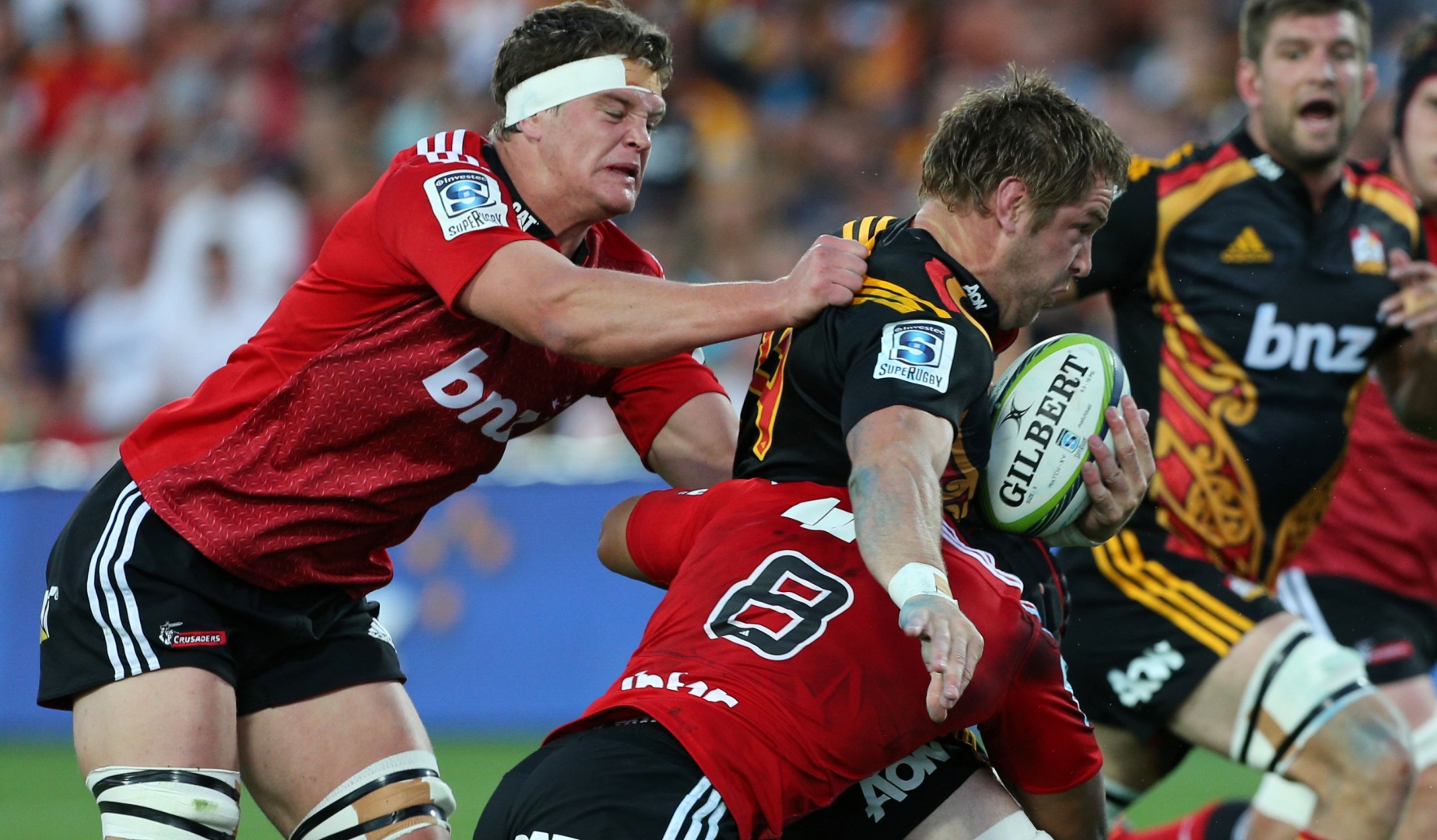 As we prepare for round nine, we've picked out some of the key points from the weekend ahead, particularly in New Zealand.

Chiefs looks to end their hoodoo

The pick of the round undoubtedly comes on Saturday in Wellington where table toppers the Chiefs head to the Hurricanes for an all-Kiwi clash.

The Chiefs have lost nine of their past ten games there and will need to be at their best against a reinvigorated Canes side that appear to be returning to the form that took them all the way to the final in 2015.

There are tasty match-ups all over the field but it’s hard to go beyond the fly-half battle.

Beauden Barrett looked back to his dynamic best last weekend for the Canes to re-open the fly-half debate for the All Blacks.

Most critics have him still behind Aaron Cruden for the jersey when Wales arrive for their three-Test summer tour in June but this Saturday the two contenders go head-to-head.

Cruden could return to goal-kicking duties for the free-scoring Chiefs and the Canes have their work cut out for them to contain the competition’s top try scorers.

Coming off a bye week the Chiefs have lost James Lowe to injury but should the game cut loose then the battle between Damian McKenzie and Julian Savea – not to menton Cory Jane – in the back three looks mouthwatering.

Great Scott – it’s all in the family

While Beauden Barrett has been the name on everyone’s lips, his younger brother Scott has been turning heads at the Crusaders this season also.

The second row has formed a fantastic pairing with Sam Whitelock for the Crusaders and on Sunday they will head to Canberra to take on their bunnies the Brumbies.

Clearly rugby runs in the blood – Kane Barrett the eldest brother also played for the Blues and Scott is the latest to see his name touted as potential All Black of the future.

He will get up close and personal with the competition this weekend in Brodie Retallick.

Also keep an eye out for the centre pairing of Kieron Fonotia and Ryan Crotty that appear to be hitting the high notes as well for the seven-time Super Rugby champions.

Round nine opens on Friday night with the Highlanders hosting the Sharks and the defending champions have been handed a double injury boost.

Full-back Ben Smith returns from concussion for the Otago-based side while flanker Elliot Dixon – so impressive in the opening rounds of the season – is also back from a head injury.

Waisake Naholo’s rumoured return looks set to be postponed but All Blacks full-back Smith will bring his usual class to proceedings.

The Sunwolves are still waiting for their first win as franchise and they did not get all that close last time out as the Cheetahs racked up over 90 points in Bloemfontein.

This weekend sees them take on fellow new boys the Jaguares who have only claimed one win so far in the competition.

Something has to give, could the Japanese side bounce back in spectacular style?