Lions Scout: What we found out in Super Rugby Round Nine 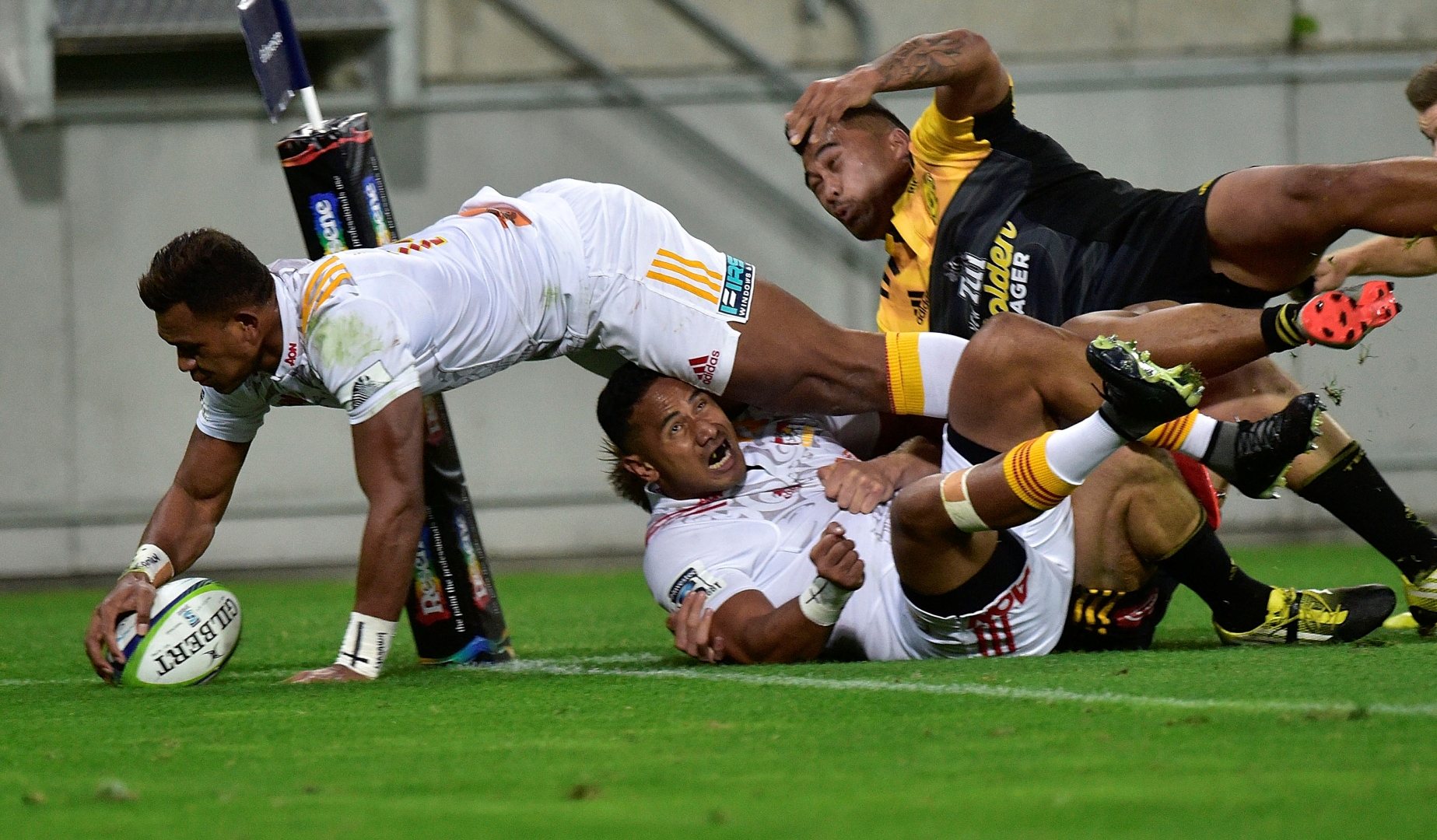 Chiefs and Hurricanes played out a ferociously fast, skill-laden game at the Westpac Stadium as the two heirs to Dan Carter’s No.10 jersey, Aaron Cruden and Beauden Barrett, went head to head – but it was gargantuan centre Tamanivalu who emerged with his All Blacks credentials looking in rude health.

The destructive back demonstrated the full array of his skills in Chiefs’ 28-27 win over the Hurricanes and Lions fans will be licking their lips at the prospect of Tamanivalu lining up against the best centres the Lions have to offer.

Tamanivalu scored twice – the first showed his raw power as he barged through several attempted tackles from 20 metres out to cancel out Cory Jane's opener, while his second had just about everything in spades.

He picked a sweet supporting line from the break of Andrew Horrell, accelerating superbly before slowing up and finding support in Toni Pulu, he then continued to support Pulu and when the winger was hauled down just short of the line, finished excellently.

The 23-year-old centre is showing all the hallmarks of an All Black and Malakai Fekitoa is surely looking over his shoulder.

While Dan Carter pulled the strings for Racing 92, guiding them closer to a first-ever European Champions Cup trophy and himself to an historic clean sweep of major trophies with a win against Leicester Tigers, the battle to fill his shirt continues.

And it must be a real headache for Steve Hansen and Wayne Smith – Cruden and Barrett were both exceptional and Hansen will have no worries about their ability to unpick defences at any level.

But Barrett’s goal-kicking cost Hurricanes a valuable win and it was Damian McKenzie who knocked over four crucial conversions for the Super Rugby leaders.

McKenzie’s otherwise exceptional all-round performance was marred by the attempted off-load which led to TJ Perenara’s score, but at 21 Hansen may well consider McKenzie his best long-term option at fly-half.

By the time the Lions come calling in 2017, the jersey could be sewn up.

Ardie Savea has got Lions in his sights:

Savea’s incredible physical talent means he is a natural sevens player – the ball-poaching instinct he possesses is arguably even more invaluable in the shortened format of the game, especially as he also has the pace and fitness to score from anywhere on the field.

It was completely understandable that Savea – like Sonny-Bill Williams and Liam Messam – decided an Olympic medal was enough reward to put his 15s potential on the back-burner, but the 22-year-old clearly now feels his battle for the No.7 shirt is too great to abandon.

Though on the surface combining the two is feasible, Savea would have effectively ended any chance he had of being the man to succeed Richie McCaw if he stuck with Sevens. No Test series against Wales, most probably no Autumn internationals, by which point Sam Cane would be an immovable object.

His commitment to 15s is both a worrying and exciting prospect for Lions fans. Savea has incredible talent and a battle with the likes of Sam Warburton or John Hardie would really get the juices flowing.

Momentum building for the Crusaders:

A superb all-round performance saw the Crusaders blow away the Brumbies 40-14 – including six tries – for a seventh consecutive win and their third on the bounce in Canberra.

Todd Blackadder’s side are only one point behind the Chiefs and he will surely be eyeing up another trophy in his final season at the helm.

Dave Rennie's side have made the headlines, but with the Crusaders quietly accumulating wins, the two leading New Zealand franchises look safe bets to challenge for the Super Rugby crown.

Twelve months of sporting upsets – from Japan at the Rugby World Cup, to Leicester City in the Premier League and Connacht in the PRO12 – had not been enough to inspire Sunwolves to a first Super Rugby win until they beat the Jaguares 36-28 in Tokyo.

The Japanese franchise were trounced 92-17 by the Cheetahs in Round 8 and Mark Hammett deserves praise for lifting morale in time to take advantage of what was undoubtedly their best shot at a Super Rugby triumph.

Harumichi Tatekawa’s late try and the boot of Tusi Pisi gave Sunwolves victory, but the Japanese franchise looked superb in attack throughout and neutral observers will no doubt have been buoyed by the performance.
With a 2019 World Cup in Japan rugby’s next major event after the 2017 Lions tour, a strong host is essential – Sunwolves’ success is a boon not just for Super Rugby but for the entire game.