CJ Stander scooped an historic double success at the annual IRUPA Awards after a stellar season for the Ireland and Munster back-row forward. [more] 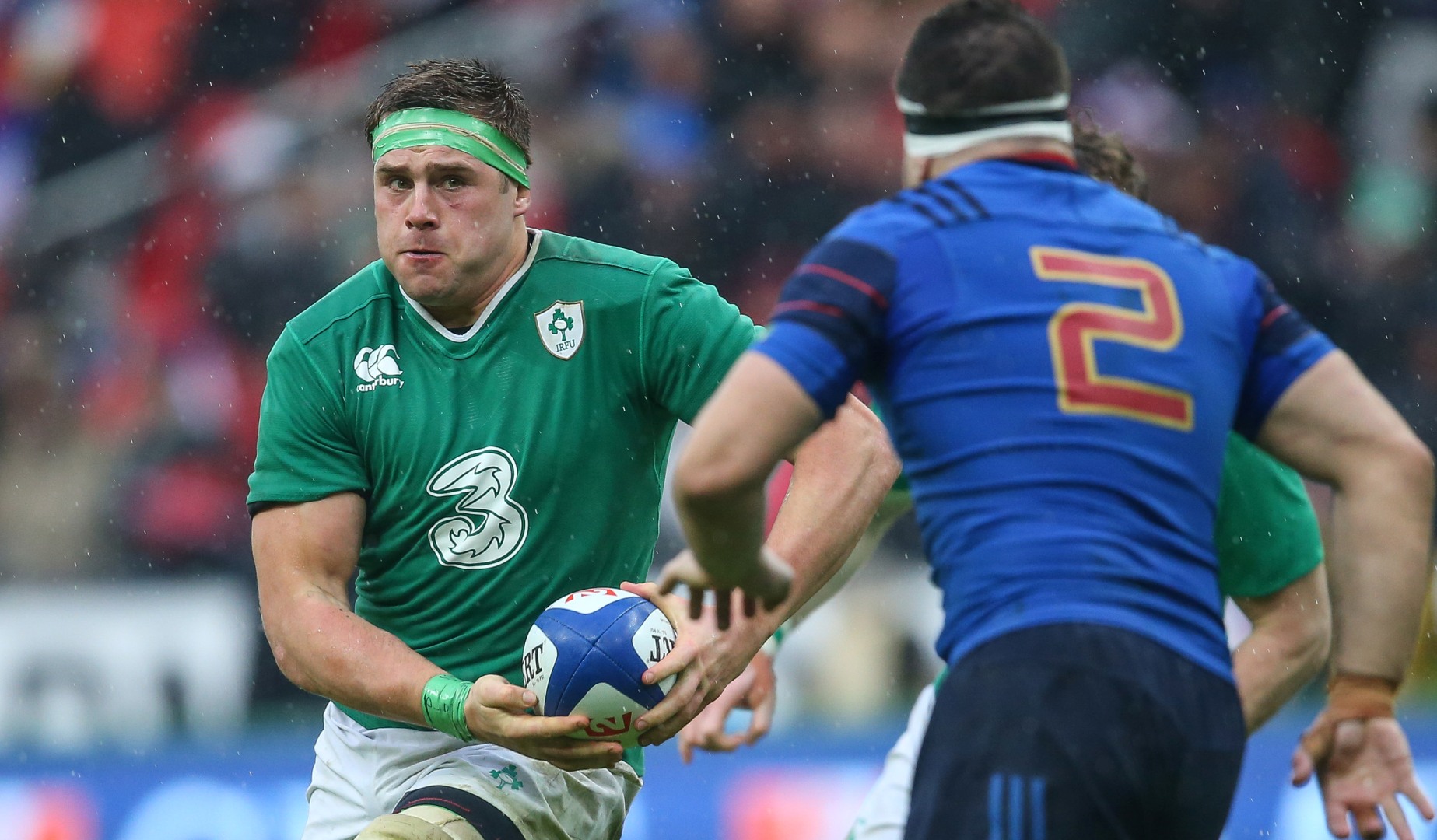 CJ Stander scooped an historic double success at the annual IRUPA Awards after a stellar season for the Ireland and Munster back-row forward.

Stander was named Players’ Player of the Year in the awards ceremony that took place on Wednesday night in Dublin.

And the South African-born star backed that up by claiming the Supporters’ Player of the Year gong as well, thus becoming the first player to take both trophies at the same awards in their 14-year history.

Stander is expected to be named in Joe Schmidt’s squad to tour South Africa this summer having played in every match in the Championship.

And after skippering club side Munster – who are still battling for a top six Pro12 spot – the 26-year-old could not hide his surprise.

“This is a big surprise. I’m delighted to get the award on a personal level. I wish I had achieved something with the team this year, but there’s always next year,” he said.

“I would have taken that (starting every game of the Championship) at the start of the season. When I got called up into the squad for the Six Nations I thought I’d be in the group and maybe on the bench or whatever.

“When Joe called me in for the first game, it was one of the best weeks of my life. Getting to start the next four games was great on a personal level because I worked hard and I had goals and wanted to achieve them. But now I have to get better. There are still a lot more goals I want to achieve in my career.”

Other winners on the night included Josh van der Flier who was named Nevin Spence Young Player of the Year.

The openside flanker made his debut for the men in green in their Championship clash with England and has impressed throughout the season in the blue of Leinster.

Elsewhere three-time British & Irish Lion Ronan O’Gara won a lifetime award as recognition for his historic achievements in the green of Ireland.

The fly-half won 128 caps for his country, and appeared in two Tests for the Lions, is his country’s all-time top points scorer and sits fourth overall in the history of international rugby union.