Five things we learned from the weekend

The regular season's conclusions across the Premiership and Pro12, England coach Eddie Jones called up players for a training camp while Super Rugby marched on - we boil the weekend down to five points from a British & Irish Lions perspective. [more] 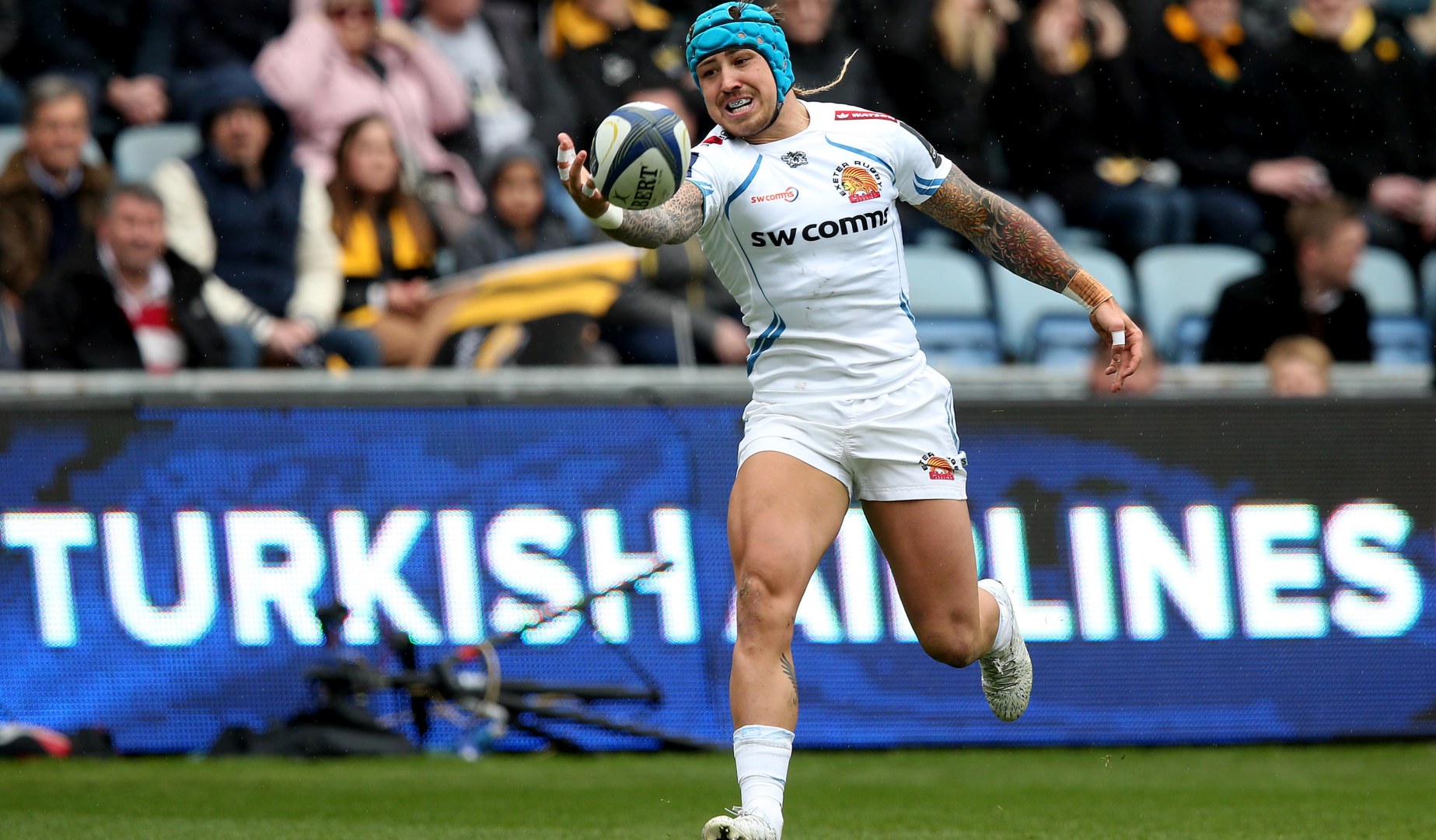 The regular season’s conclusions across the Premiership and Pro12, England coach Eddie Jones called up players for a training camp while Super Rugby marched on – we boil the weekend down to five points from a British & Irish Lions perspective.

Wasps were rightly showered with praise for their European and domestic performances alike earlier this season – now it is the turn of the Exeter Chiefs.

Rob Baxter has cultivated a team that will not only challenge for further international honours next year but for Lions recognition too, and the manner of their 62-24 victory over Harlequins just fans the flames.

England wing Jack Nowell – who Baxter described as playing on ‘one-and-a-half legs’ with a tweaked hamstring – raced in a hat-trick and he wasn’t the only one to impress.

Dave Ewers could be a bolter for England’s tour to Australia and he did his chances no harm with a try while centre Henry Slade, robbed of the majority of this season due to a leg break, pulled the strings all afternoon.

In the semi-finals Wasps will travel to Chiefs at Sandy Park – where they lost 24-3 just a week ago – while Leicester Tigers go to Saracens, who saw Chris Ashton become just the fourth player to score four Premiership hat-tricks in their win over Worcester Warriors.

Are you ready for Eddie?

England coach Eddie Jones has announced a three-day training squad to be held next week, and while the camp does not include any members from the four Premiership play-off teams, plenty of outsiders have the chance to put their hand up.

Northampton flanker Teimana Harrison, a revelation in the East Midlands this season, is one of eight uncapped players to have been called up to the camp.

Other fringe players who could well put the foot down and make the plane for Australia include Bath wing Semesa Rokoduguni – he’s scored an eye-popping ten tries in his last eight games – and soon-to-be Wasp Danny Cipriani.

England captain Dylan Hartley will also be present at the camp in Brighton after playing his first minutes for Northampton since going down injured in the Championship-winning clash with France two months ago.

“There are guys competing for the last-few spots on tour. This is not a stroll down Brighton beach.”https://t.co/cLjmi6svos

A certain you-know-who in English football will have eclipsed Connacht in the Sunday papers, but their achievements are every inch the equal after another landmark win in Galway.

The rugby world had been waiting all year long for Connacht to go off the boil; instead, the men from Galway ended a historic regular season by beating Pro12 reigning champions Glasgow Warriors.

The Warriors had been on a rampage in the league, stringing together eight victories in a row and needing one final win at Connacht to top the pile.

However, a team that welcomed back Lion Stuart Hogg to the starting XV received little change from the hosts, and after a second-half red card, were forced to surrender 14-7.

Not only then do Pat Lam’s side book a semi-final for the first time in their history, but clinch home advantage knowing that no Pro12 team has yet won a play-off match on the road. And their opponents in a fortnight’s time? The Warriors once again.

Ireland coach Joe Schmidt, who has already capped Connacht players such as Leinster-bound Robbie Henshaw and lock Ultan Dillane, will be watching closely with flyers Matt Healy and yesterday’s match-winner Tiernan O’Halloran in such scintillating form.

… but can anyone stop Ulster?

A flame-haired fly-half looks set to give Jonathan Sexton a run for his money ahead of Ireland’s tour to South Africa though in truth the entire Ulster team are doing themselves credit at the minute.

Paddy Jackson collected 21 points – a try, five conversions and two penalties – as Ulster stomped into the play-offs with a 46-26 victory over Ospreys.

With that the Ulsterman have now racked up 123 in their last three games, a run that included a 30-6 rout of play-off opponents Leinster.

It will likely be billed as a Jackson versus Sexton showdown, though with such a strong core of Ireland players thriving at Ulster, Schmidt will not just be focused on the No.10 battle at the RDS Arena a week on Friday.
Fit-again lock Iain Henderson, playing on the blindside yesterday, earned man-of-the-match for his hour-long shift while Ireland stalwarts Rory Best, Andrew Trimble and Chris Henry all dotted down.

We predicted – although it wasn’t such a bold one – that Waisake Naholo would make an impact upon his return to action, and he did just that with a try-double in the Highlanders’ 26-13 win over the Chiefs.

The All Blacks flyer – 25 today – had broken his leg in round one of Super Rugby but somehow lasted the entire 80 minutes in a display that will give Warren Gatland plenty to ponder ahead of Wales’ visit to New Zealand this summer.

"I was gone at 60 minutes, I was telling the physio that I'm starting to cramp and all that, started looking to the bench,” said Naholo after being pushed to the limit. “They said five minutes more, but that five minutes was long.”

That Chiefs loss means Crusaders go top of the Super Rugby standings following their 38-5 demolition of the Reds on Friday, which was their eighth victory in succession.

The Blues were left celebrating for an altogether different reason as they secured their first victory on the road for nearly two years, though the Hurricanes did not fare so well – sinking to a 32-15 defeat at the Sharks.