Changing Roles looks at the evolution of the game and the players who played it in Lions red from the earliest days of The British & Irish Lions to the present. [more] 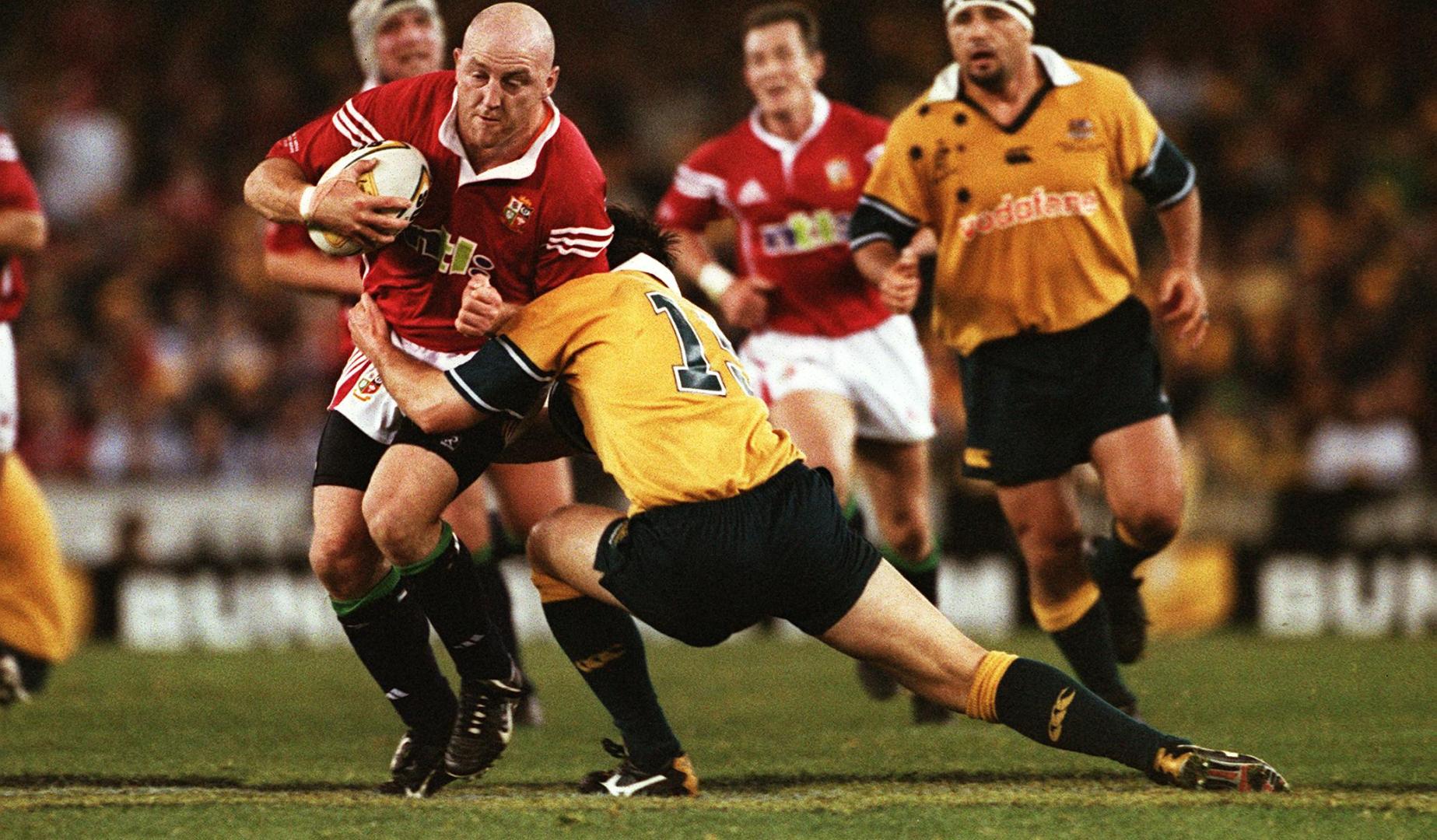 Changing Roles looks at the evolution of the game and the players who played it in Lions red from the earliest days of The British & Irish Lions to the present.

According to Keith Wood there’s no better position to play on a rugby field than hooker – and as a convert from fly-half, he should know.

Hookers are natural leaders and have supplied three Tour captains, coincidentally all three in New Zealand and all from Ireland.

Since 1930, regarded as the first tour of the modern era and also the period during which the rugby positions now commonly in use began to emerge, England and Wales have produced eight Test hookers apiece, with Ireland one behind on seven and two from Scotland.

Welshman Bryn Meredith leads the way with eight Test appearances which puts him one clear of Peter Wheeler and John Pullin. Meredith, in 1955, is also one of just three hookers to have scored a Test try for the Lions – the others are Ronnie Dawson four years later and Ken Kennedy in 1966.

And when it comes to size we’re a little more limited in what has been recorded but of those who were measured on tour, Steve Thompson and Matthew Rees are the tallest Test hookers, each at 6ft2, four inches taller than a quartet of Stan Hodgson, Jeff Young, Frank Laidlaw and Bobby Windsor.

As far as weights are concerned, there has been a huge shift. Hodgson, an Englishman who travelled in 1962 to South Africa weighed just 12st6, a whopping 5st9 lighter than Thompson 43 years later.

While those facts tell us some of the story about how the position has changed, some of the actors themselves give us a greater insight.

As Wood puts it: “Hooker is the greatest position to play – you get up from a scrum and invariably the ball has been hit up by 10-12.

“The hooker is the last one up from the scrum, you get to see the whole field so it’s a great position from which to work from.

“Hookers now need to be very good scrummagers and lineout throwers first and foremost – the lineout is a bit more defined than it used to be.

“Back in the day it was a bit crazy with people cutting across the line, climbing on top of each other, some lifting and others not. It was a real mixture.”

Wood cemented his place in Lions legend in 1997 and 2001, while in the 1970s it was the ‘Iron Duke’ Bobby Windsor who was a very different beast.

Part of the Viet Gwent front row from Pontypool, Windsor had to cope with hookers taking on extra responsibilities during his playing career – in particular that of throwing in.

“When I started playing it was still the wingers who threw the ball in,” he explained.

“My role was still to win the ball in the scrum, although I was different to a lot of hookers. I wasn’t very good at striking the ball, I was more of a bull, the same size as props.

“There were other guys who were much better at winning the ball where I would use my strength.

“Then we had to start throwing the ball in. I didn’t enjoy that responsibility. It would never be the jumper’s fault when we lost the ball.

“As I always used to say, if the other guy could catch it, what was my lock’s excuse? But they wouldn’t listen.”

Kicking things off in our look at Test hookers, literally, is Welshman Dai Parker.

A prop for Wales, he became the first recognised hooker to play for the Lions when he was used to counteract New Zealand’s 2-3-2 scrum – a formation which deployed two hookers and eventually led to a change to the game’s Laws.

Parker even managed a penalty in the fourth Test, levelling the scores at 3-3 with a kick recorded by the Otago Daily News as having been, "a splendid goal from five yards inside New Zealand’s halfway".

Irishman Karl Mullen was tour captain for the 1950 tour of New Zealand and Australia, leading the last group to travel by boat and the first Tour since 1938.

Unfortunately for Mullen he was injured before the third Test, with Welshman Dai Davies stepping into his shoes.

Remembered as a superb attacking side that might have given the famous ’71 team a run for its money, the Test series featured a draw and three narrow defeats.

Nine years on from the last tour to New Zealand, another Irish hooker was chosen as captain, with Ronnie Dawson taking on the task this time around.

Few have made a bigger impact on the Lions: Dawson captained the Test team on a record six occasions, would go on to coach the team in 1968 and also acted as a selector. A born leader, he was the skipper of one of the most attacking Lions sides of all time.

Again, a story of what might have been with three narrow defeats in the Tests.

Overall, the attacking play again stood out and a record 842 points in 33 games were racked up on the tour.

As Keith Wood explains, Dawson was very much a hooker of his time, but what a player!

Wood explains: “The law changes make a phenomenal difference to what a player is and looks like. If you look at Ronnie Dawson in 1959 who played with my father (Gordon).

“He is the personification of a gent, but he is a lithe small man. There is no way in the world that he would equate to what a modern hooker is.

“But his skill was the ability to strike against the head, there wasn’t the concentrated amount of driving in the scrum that there is now and has been for the last 20 years.”

The next trip to New Zealand again saw two players split the load in the Tests, with Irishman Ken Kennedy playing in the first and fourth Tests, while Scot Frank Laidlaw took on the role in the second and third.

Like some of his predecessors, Kennedy was in the medical profession when not playing rugby, and would go onto become a leading back specialist working with, among others, cricketing legend Sachin Tendulkar.

In an era where scrums against the head were far more common, Laidlaw was one of the very best at securing his own ball.

As the great Scottish journalist Norman Mair once put it: “Laidlaw regarded the loss of his own ball as he would a family bereavement.”

Pullin was the starting hooker in all four Tests as the Lions recorded a famous 2-1 series victory.

The Bristol man had already toured with the Lions to South Africa in 1968, and lined up alongside Ian McLauchlan and Sean Lynch in one of the all-time great Lions front rows.

A similar build to the modern day hooker, if a little smaller, Pullin ranks as one of the greatest to wear England’s No.2 jersey, and would go on to lead them to wins over South Africa and New Zealand.

He was also the only non-Welshman to play a part in Gareth Edwards famous try for the Barbarians in 1973.

Six years on from that historic tour came one of the toughest calls of the lot when it came to the hooker position, as Wales’ Bobby Windsor and England’s Peter Wheeler travelled to New Zealand neck-and-neck for the jersey.

Windsor, who had been part of the legendary Lions front row that dominated the Springboks in 1974, got the nod for the first Test.

He had shown all his nous three years earlier against South Africa, trying an innovative tactic to get the edge in the scrum.

“We knew against the South Africans that you would need to get very low to be able to do them in the scrum, so I started striking the ball with my head instead of my foot,” explained Windsor.

“It worked and we got the better of them all tour, but they changed the laws after that to stop anyone doing it again!”

Three years on Leicester stalwart Wheeler, who would play a key role in England’s resurgence, came in for the next three Tests against the All Blacks.

Throwing the ball in was most definitely a part of the European hooker’s role by this stage, with a one-handed ‘shot-put’ style typical.

On the New Zealand side, wings Grant Batty, who retired after the first Test, Bryan Williams, with a side-on straight arm throw, and Brian Ford were still doing the job.

The last hooker to captain the Lions was another Irishman, Ciaran Fitzgerald.

Selected by coach Jim Telfer and team manager Willie John McBride and the skipper of a very strong Ireland side, Fitzgerald struggled with his lineout throwing on the tour.

A member of the Irish army, Fitzgerald was also a very talented sportsman in other disciplines, including boxing and hurling.

After the tour, he went on to captain the Irish side that won the Triple Crown in 1985.

Ten years on from their last tour to New Zealand the Lions returned for the last tour before the advent of professionalism.

Moore, the confrontational English hooker, went onto become England’s most capped No.2 of all time, and played in the second and third Tests on what was his second Tour.

Keith Wood was the first hooker of the professional era for the Lions, starting on the 1997 tour to South Africa, and again taking on the role four years later in Australia.

If the role of a hooker has evolved into more than just throwing in the lineout and hooking in the scrum, then Wood was definitely at the forefront of that transformation.

A back in a forwards body, as Gregor Townsend put it: “He used to take quick kick-offs to himself, produce quick passes. It was great to be in the same team with a forward who passes the ball.”

It’s no surprise that Wood played as much like a back as a forward, given that he started life as a fly-half.

“I actually think there is an awful lot made of the changing role. A lot of the time it is nothing to do the role and more to do with the ability and athleticism of the individual player," he said.

“I was an out-half who moved into the scrum so I wanted to get my hands on the ball so I was going to look for it and I was fast.

“So I played differently from other guys – but it suited me down to the ground.

With his iconic mullet, Irishman Shane Byrne would have fit in on the earlier tours, while Steve Thompson was part of the England team that had won the World Cup two years previously.

As the game entered professionalism, so the player’s role had changed. No danger of either of this pair emulating Dai Parker with a penalty kick.

Scrummaging, rather than hooking, was the key although lineout throwing was as important as ever, even if this was the first tour to New Zealand on which players could legally be lifted.

Thompson, in particular, stood out as a much bigger player than some of his predecessors, weighing in at nearly four stone more than the likes of Bobby Windsor.