It's finals time in England and the Pro12 while the international season kicks off in earnest with a huge England v Wales clash. With that in mind and our Lions caps on, we've picked out five things to keep an eye on this weekend. [more] 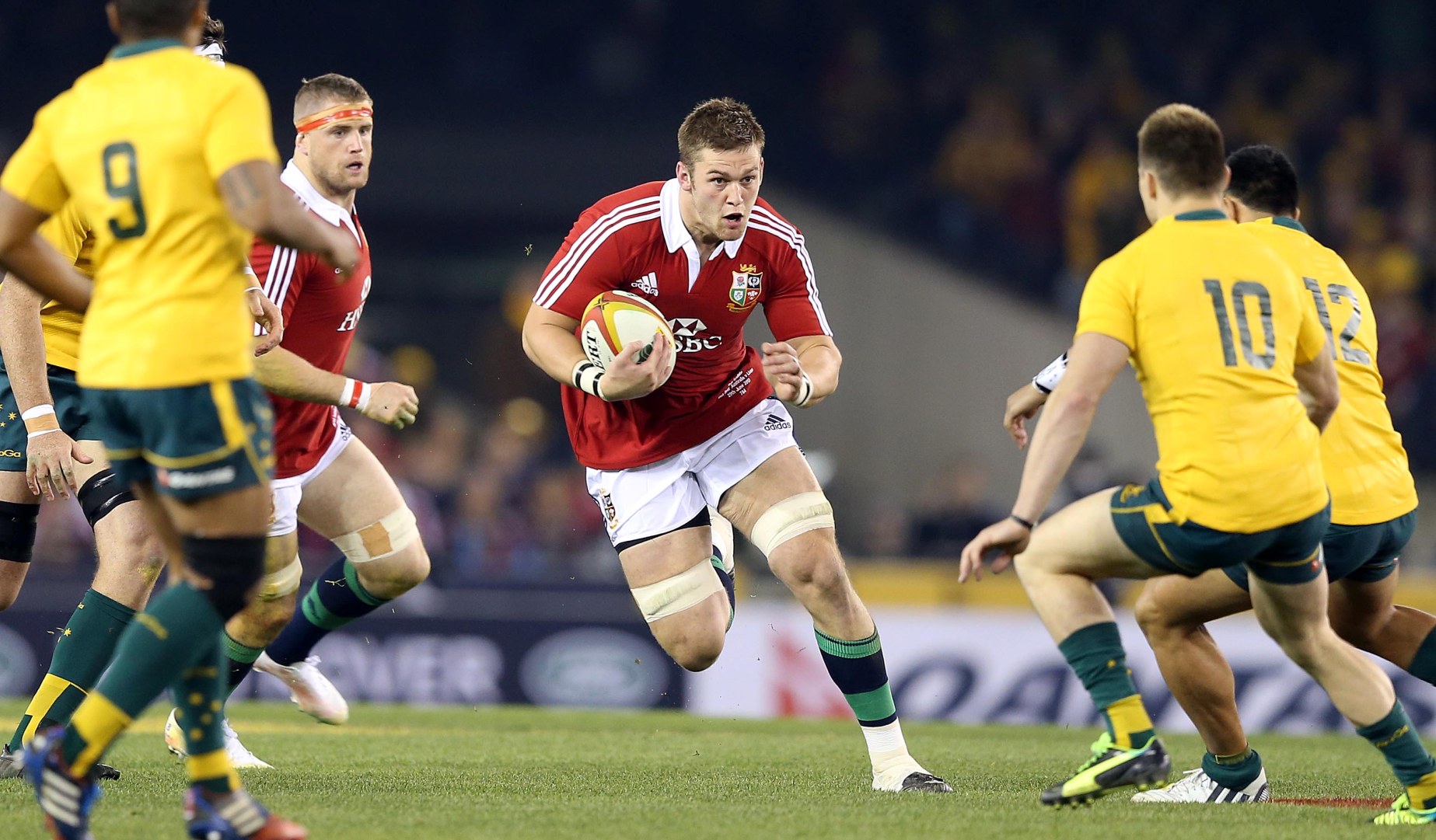 It’s finals time in England and the Pro12 while the international season kicks off in earnest with a huge England v Wales clash. With that in mind and our Lions caps on, we’ve picked out five things to keep an eye on this weekend.

Born in Opitiki and an alumnus of Rotorua Boys’ High School, the alma mater of All Black Liam Messam and England skipper Dylan Hartley among others, Teimana Harrison will make his international debut on Sunday.

England welcome Wales to Twickenham without their Saracens and Exeter Chiefs players, but Eddie Jones has gone with an intriguing selection, and Harrison’s inclusion catches the eye.

The Northampton back rower, whose father was born in Derbyshire, has been a revelation this season, and is capable of playing across the back row for Saints.

His form earned a call-up for the tour party to Australia, and he will get his first crack on home soil after being named at blindside flanker for the clash with Wales.

With Chris Robshaw rested and Billy Vunipola on club duty, it’s something of a new-look back row as Jack Clifford comes in at No.8, showing the options available to Jones.


Lydiate gets skipper duties once again as Jones returns

Sam Warburton is still struggling with a shoulder injury so has not been risked by Warren Gatland, and in his absence Dan Lydiate will lead the team once more.

The industrious flanker took on the role for the final game of the Championship against Italy, and Wales’ performance certainly didn’t suffer in a 67-14 victory.

He will start in the No.7 jersey, alongside Gloucester’s Ross Moriarty, with Taulupe Faletau in his usual slot at No.8.

That should make for a great match-up against the English back row of Harrison, Haskell and Clifford, and it’s a fair bet the winner of that battle will come out on top in the final reckoning.

The other great news for Gatland is the fitness of Alun Wyn Jones, who has not featured at club or international level since mid-March.

His return will be a major boost and adds plenty of experience to the Welsh engine room for the clash.


Irish battle in the Scottish capital

When it comes to the PRO12, home semi-finals are a huge advantage, and so it proved once again as top two seeds Connacht and Leinster made it to the final in Edinburgh.

BT Murrayfield will host the inter-provincial clash, and there are some tantalizing battles in store.

One of the most intriguing comes in midfield where Robbie Henshaw will go up against his future employers, hoping to sign off in style at Connacht.

His combination with Bundee Aki has been vital for Connacht this season and Leinster will have to slow them down if they are to reclaim the title they won two years ago.

Leinster will put their faith in Ben Te’o, soon to travel to Australia with England, and the highly-promising Garry Ringrose.

The pair have impressed this season but this may be their biggest test yet.

Whatever happens, it should be a cracker of an occasion in Edinburgh.

At club level Saracens have been the team to beat this season, winning a maiden European title while finishing top of the tree in the Premiership.

They then saw off Leicester in emphatic fashion last weekend in the Premiership semi-finals to book a return to Twickenham, a year after they beat Bath for their second English title.

Looking to prevent them from completing the double will be Exeter Chiefs, appearing in their first Premiership final.

It’s been a remarkable tale for the Devon club, who were promoted from the Championship in 2010 and have improved year on year.

They saw off Wasps in the semi-finals at a sodden Sandy Park, but come into the clash with Saracens as underdogs.

That won’t worry Rob Baxter and his players though and with the likes of Dave Ewers and Don Armand, they have a Zimbabwean-born back row pair who provide carrying and work rate in equal measure.

They will have certainly have their hands full with Billy Vunipola in the form of his life for Saracens, while the second row duo of Maro Itoje and George Kruis are like an extra pair of flankers for the European champs.

However with a little touch of magic from in-form winger Jack Nowell, Exeter will believe they can topple Sarries.

Don't worry @ExeterChiefs fans, I've got the boys and we are off?? pic.twitter.com/x30YTWKQva

Historically in New Zealand rugby Auckland and Canterbury have been the two most successful teams at National Provincial level, while they have also scooped up ten Super Rugby titles between them.

This season the Crusaders sit second in the table, while the Blues are a little off the pace in the New Zealand conference, albeit with a creditable six wins from 11 games.

They face off at Eden Park on Saturday with the Crusaders aiming to keep pace at the top of the New Zealand conference.

There are plenty of match-ups to watch out for, but particularly interesting could be the two full-backs, with Melani Nanai proving one of the Blues’ most dangerous weapons while Israel Dagg has returned to some of his best form for the Crusaders.