The fairytale had a happy ending as Connacht won their first PRO12 title with a brilliant display against Leinster in front of a record crowd at BT Murrayfield in Edinburgh. [more] 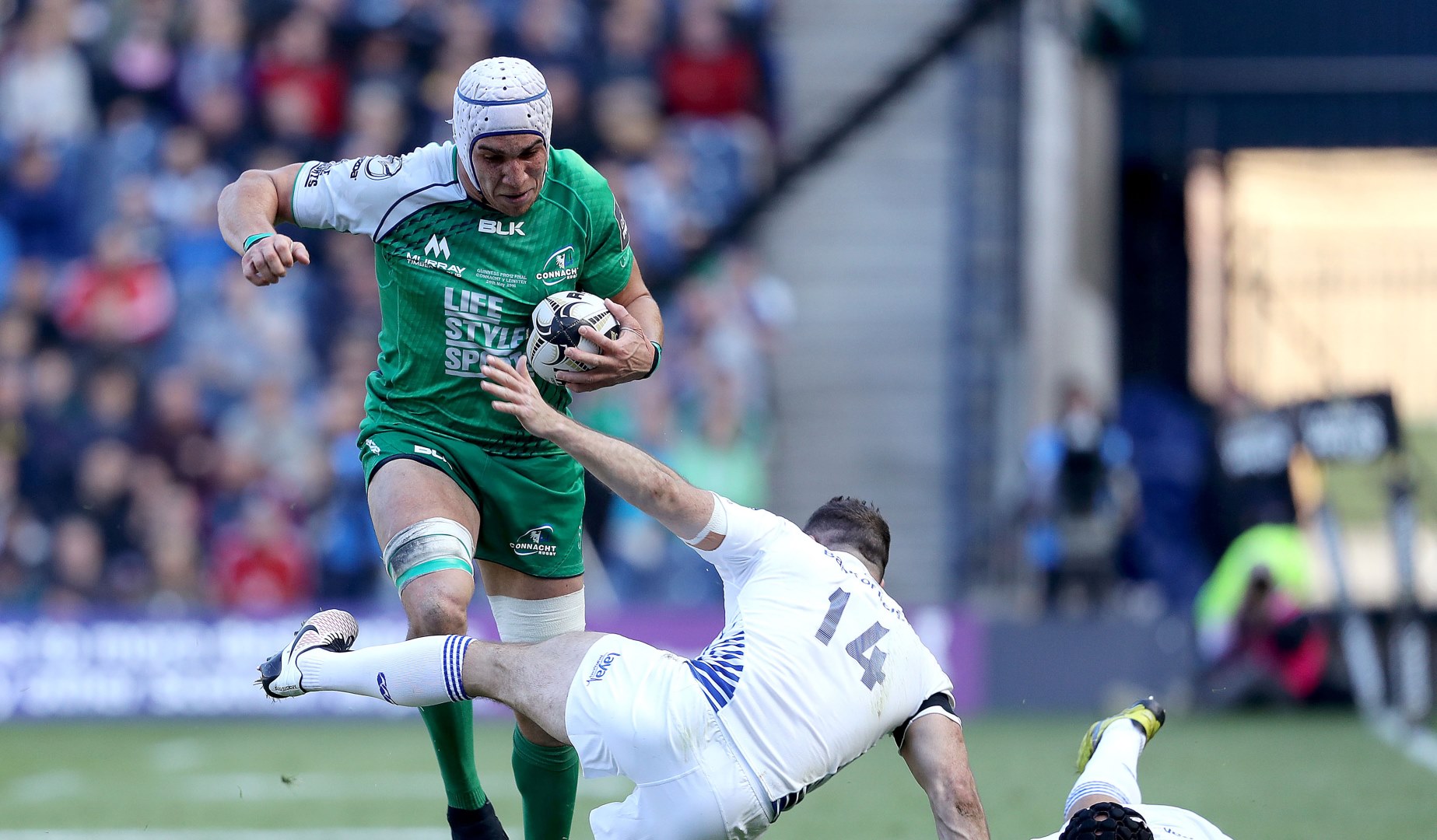 The fairytale had a happy ending as Connacht won their first PRO12 title with a brilliant display against Leinster in front of a record crowd at BT Murrayfield in Edinburgh.

With 34,550 fans in attendance Connacht scored three tries on their way to a 20-10 success in the sunshine in the Scottish capital.

Connacht might have a smaller international contingent than their opponents on the day, but one man who certainly did his Ireland chances no harm was Ultan Dillane.

The giant lock was everywhere for the hour he was on the pitch making eight tackles, six carries, and one massive charge through Dave Kearney.

It was a team performance, but that one run clearly inspired the Connacht team in a whirlwind opening 40 minutes.

Formed in 1885, this will go down as the greatest day in Connacht history as they thoroughly deserved their first Guinness PRO12 title.

Coming into the season they were huge underdogs to claim the title, but under the guidance of Pat Lam and thanks to some magnificent performances, they were well worth their crown.


In the year of the underdog Connacht coped with being put under huge pressure in the first ten minutes to score three tries and power to victory.

Fittingly it was skipper John Muldoon who was named man of the match. His tireless display typified the Connacht mentality.

Niyi Adeolokun missed out on Ireland’s squad for their summer tour to South Africa, but the Connacht flyer was unstoppable as they raced into a 15-0 half-time lead.

Having been scragged by Jack McGrath just as he looked set to score one try, he made up for it in brilliant fashion soon after, collecting the ball out wide, chipping over Luke Fitzgerald and having too much pace for Eoin Reddan as he crossed.


It was the highlight of his performance, but all game he proved elusive, with six defenders beaten on his two clean breaks, and 89 metres made with ball in hand in all.

On this form Joe Schmidt will be keeping a close eye on the Nigerian-born 25-year-old.

Sexton shows the fight of a champion

It was a tough afternoon for Leinster, and particularly Johnny Sexton, who was battered and bruised in a very physical first half.

As the game looked to be slipping away, he showed all his grit with one moment in particular standing out above the rest.

Tom McCartney broke through for Connacht and looked set to score what would surely have been the crucial try.

From nowhere Sexton sprinted back, tackled the winger and held him up over the line with the help of Reddan.

While it would ultimately prove to be in vain, that heart of a champion was telling from the 2013 British & Irish Lions fly-half.

At half-time in the game it was the chance for Scotland’s victorious Sevens outfit, champions in London a week ago, to take a bow.

They paraded around the BT Murrayfield pitch to great acclaim from the Scottish crowd after their maiden win on the World Rugby Sevens circuit.

Skipper Scott Wight and his team made history with their dramatic win over South Africa at Twickenham, and the Edinburgh crowd had clearly been paying attention as they cheered them around the ground.