With their domestic seasons done and dusted, our four nations have migrated south for the summer - and with less than a year to go until the 2017 British & Irish Lions tour we have our eyes on all the action. [more] 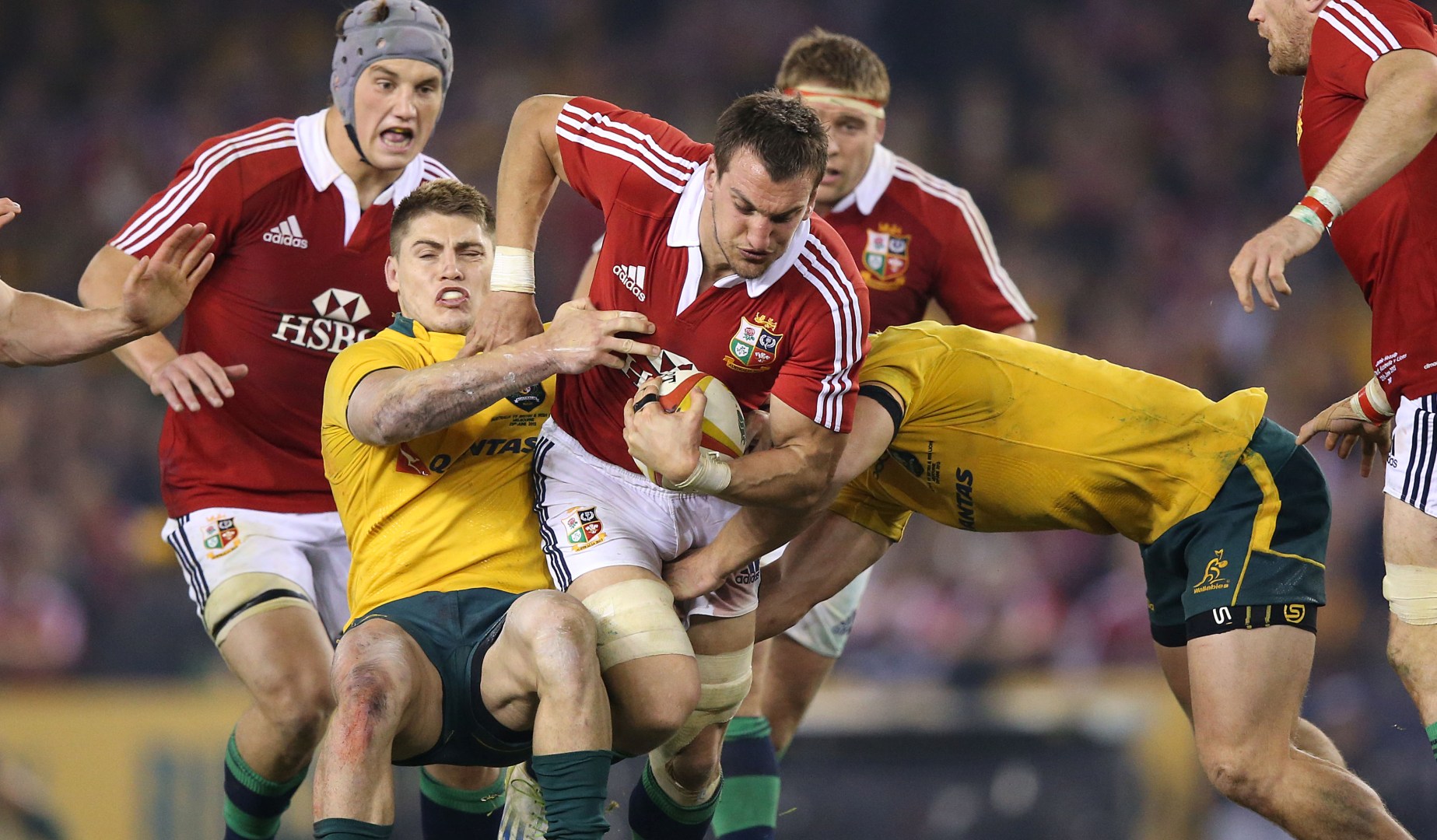 With their domestic seasons done and dusted, our four nations have migrated south for the summer – and with less than a year to go until the 2017 British & Irish Lions tour we have our eyes on all the action.

Robert Jones started all three British & Irish Lions Tests against Australia in 1989 and as well as running the rule over the finest scrum-halves who have ever toured for our Changing Roles feature, he dissected the scale of Wales’ challenge in New Zealand this June and what awaits for the Lions next summer.

Despite the player exodus after the All Blacks’ second consecutive World Cup win, Jones believes Steve Hansen’s next generation of Kiwi stars could become more formidable than the last.

“I just think that the quality and depth that New Zealand have, the ability they keep showing to change what they do consistently is what sets them apart,” the former Wales cap-record holder said.

“They are never satisfied with success. They always want to be better and they always evolve as a team to make sure that happens.

“There is an enormous amount of depth and there are a lot of players who will be desperate to prove that they are good enough to play for the All Blacks for many years to come.

“Steve Hansen has developed a great mindset among New Zealand players generally, they always seem to take the game to a different level and evolve as a team – if they are successful in playing in a certain way, they are more than happy to change to make sure they continue with that success.”

Former Lions captain Sam Warburton has recovered from a shoulder injury to lead Wales as they look to claim a first win over the All Blacks since 1953.

Record Wales cap holder Gethin Jenkins and Ken Owens are awarded rare starts as Warren Gatland looks to squeeze every ounce of experience into his side in the absence of Dan Lydiate, with Bradley Davies in the second-row and Ross Moriarty on the blindside.

"You've just got to chop them low"

Rhys Webb has made a sterling return to form since missing out on the World Cup through injury and Jones is backing him to make an impression in the Land of the Long White Cloud.

“I think there is no doubt that Rhys Webb is Wales’ number one choice at the moment,” he said.

“Rhys has a good partnership and understanding with Dan Biggar and I think that is important, he plays with a huge amount of confidence, which allows him to bounce back if he makes the odd error. He just puts it behind him.

“His kicking game, his running game, his general game, his control, his partnership with Dan Biggar probably set him apart at the moment.”

Eddie Jones has kept faith in the pack that sealed a first Grand Slam in 13 years in the final Championship game against the French in Paris, resisting the clamour to shift Maro Itoje across to six to make room for Joe Launchbury.

Owen Farrell is rewarded for his superb domestic and European double winning season with Saracens by regaining the stand-off shirt as George Ford drops to the bench, while Luther Burrell makes the most of Ben Te’o’s ‘muscle soreness’ and Manu Tuilagi’s continued absence to start at 12.

Jack Nowell – who has scored eight tries in 15 England appearances – only makes the bench as Jones favours Marland Yarde on the left wing.

“We can't do what's been done for previous English teams, we've got to have a different mindset, a different way of how we play the game against Australia to change history,” said Jones.

Paddy Jackson starts at outside-half in the absence of Lion Jonathan Sexton as Ireland go in search of a first-ever win against the Springboks in South Africa.

Joe Schmidt has also included South African born Jared Payne at full-back for the very first time – his other 14 caps have all been won in the centre – with Robbie Henshaw moving to outside centre and Luke Marshall returning to start at 12 for the first time in two years.

“I’ve had a chance to step back and see how Joe (Schmidt) and Johnny (Sexton) orchestrate things. I’ve been waiting for a chance and now I’ve got it. I’m really looking forward to it, it’s exciting for me,” said Jackson.”

Head to head: Where are the key battlegrounds?

Billy Vunipola jokes that he is a prop that got stuck at No.8, David Pocock is a pure openside flanker by trade. But for two men playing out of position, they do a pretty good job.

Vunipola was England’s star man during the Grand Slam win and Pocock was arguably the player of the World Cup.

Expect England to fly if Big Billy can get them on the front foot, but if Pocock can start to snaffle turnover ball then they could be in trouble.

After six weeks on the sidelines with a shoulder injury Warburton’s fitness will be tested, but with Dan Lydiate absent, his presence is more crucial than ever.

Richie McCaw’s heir apparent Sam Cane already has 31 All Blacks caps and wants that number seven jersey sewn on, but Ardie Savea’s presence in the squad is ominous for the Waikato Chief.

Both Cane and Warburton have points to prove and if either can steal a march at the breakdown they can go a long way to deciding the game’s outcome.

Iain Henderson looked a class act for Ireland in the World Cup – his set-piece was strong and he always carries with real venom.

Eben Etzebeth is the archetypal South African enforcer. Bakkies Botha’s spirit lives on in the 24-year-old Stormer who has already accrued 44 caps.

Both are incredibly important in providing go-forward and set-piece stability for their side and if the two collide, expect to hear the thud all the way from Cape Town.

Despite the well-documented loss of McCaw, Dan Carter, Ma’a Nonu, Conrad Smith and Keven Mealamu, Hansen’s side can still turn out a squad brimming with talent and over 700 Test caps.

Ben Smith, Kieran Read, Aaron Smith, Brodie Retallick, Julian Savea – when fit – and Dane Coles can all put down a firm claim to being the best player on the planet in their position.

Judging by Super Rugby this season, the All Black conveyor belt looks to have turned out a few more. Malakai Fekitoa has been exceptional and will look to establish himself as first-choice centre after waiting patiently behind Smith and Nonu.

Ryan Crotty has a shade of Smith about him and is versatile enough to play stand-off as well as inside and outside centre. Seta Tamanivalu is poised to make his debut from the bench and is a big, powerful centre who could yet follow Nonu’s route to stardom.

To lose McCaw and still have Cane and uncapped Ardie Savea at your disposal is indicative of the depth present in All Black rugby – something which Jones considers the key factor in their continued success.

“A couple of months ago, I thought Wales had a chance – we don’t beat New Zealand very often, we haven’t beaten them for 63 years, but I just felt with the All Blacks having lost some inspirational figures, we might get a Test win out there,” he said.

“We are playing a team in their own backyard who are now rebuilding, but the players are desperately keen to prove a point, and I think that makes them difficult opposition.”