With less than a year until the British & Irish Lions tour New Zealand, Ireland have struck another blow for the northern hemisphere with an historic first-ever win in South Africa on Saturday. [more] 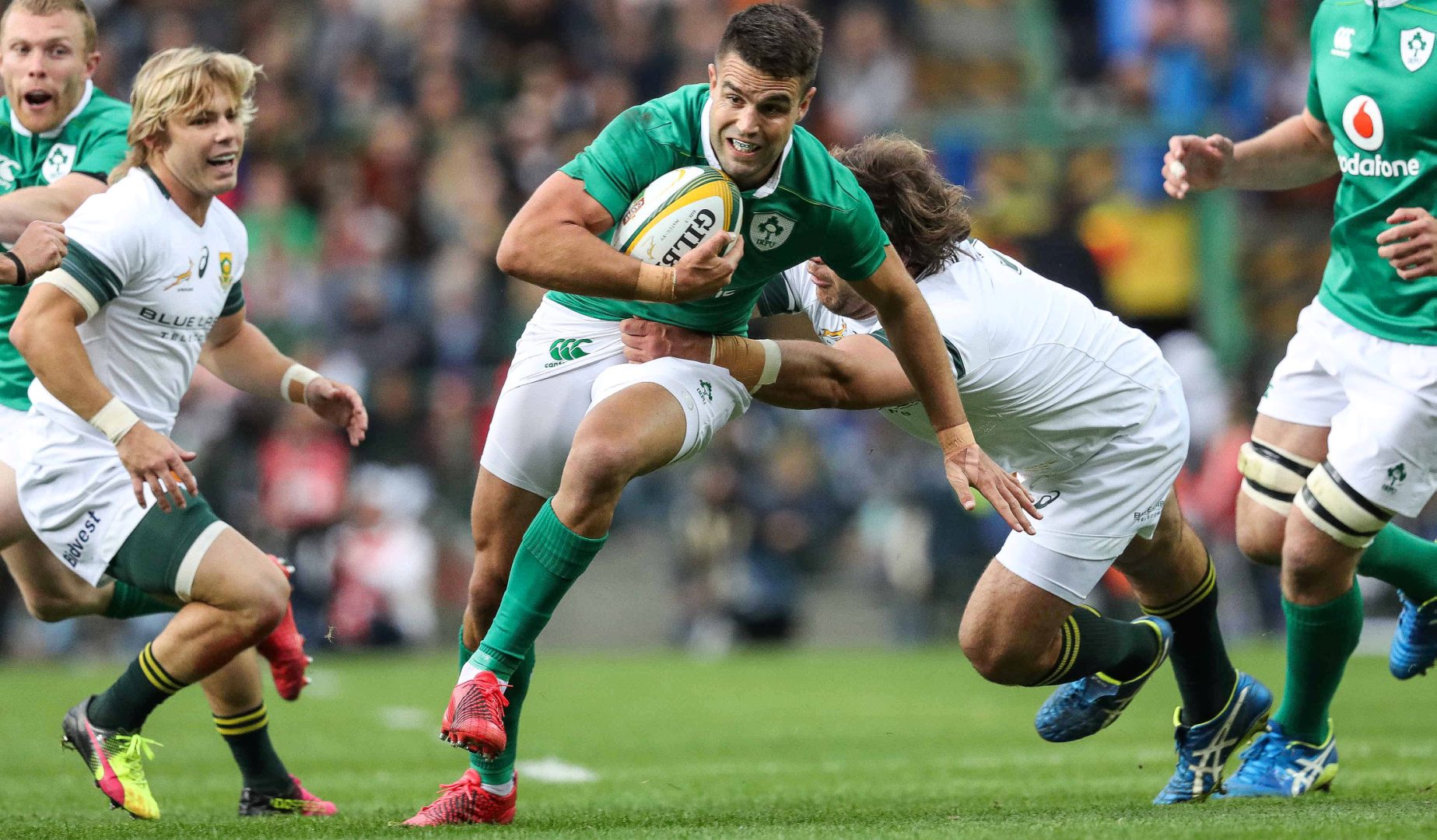 With less than a year until the British & Irish Lions tour New Zealand, Ireland have struck another blow for the northern hemisphere with an historic first-ever win in South Africa on Saturday.

Following England’s famous victory over Australia in Brisbane earlier today and Wales’ heroic efforts in narrow defeat to New Zealand it was Ireland who delivered the coup de grace at Newlands.

Despite losing CJ Stander to a red card in the first half, the 14 men in green produced an immense defensive effort aligned to tries from Conor Murray and Jared Payne while Paddy Jackson held his nerve from the kicking tee.

Throw in Ireland Under-20s magnificent win over New Zealand earlier today in Manchester and the future of Irish rugby looks to be in safe hands. Here’s five things we learned:

Quite a first match for Andy Farrell – defence coach of the 2013 Lions – to get his feet under the desk with Ireland.

The former England coach has not had a huge amount of time to work with his new charges but the Irish defence – despite being robbed of some of their biggest names like Lions Jonathan Sexton and Sean O'Brien through injury – was just magnificent in the face of a Springbok bombardment in the second half.

With Stander shown red and Robbie Henshaw also getting a yellow card, the men in green were always going to be up against it.

But they refused to buckle – despite Springbok tries from Lwazi Mvovo and Pieter-Steph du Toit that brought South Africa close – and held on for a magnificent success.

They have set the benchmark for their defensive efforts moving forward and Farrell will be desperate for them to maintain those standards throughout the three-Test series.


Jackson steps out of the shadows

Sexton has made the Ireland No.10 shirt his own in recent years but injury opened the door for Paddy Jackson on this tour.

And the 24-year-old has grabbed his opportunity with both hands after a superb showing in Cape Town.

He slotted a first-half drop goal to keep Ireland’s scoreboard ticking over and two late penalties just kept the Boks at bay.

His game management and defence were impressive as well and after a strong finish to the season with Ulster, the stand-off has clearly carried his form onto the international scene.

With two more Tests to come, by the end of this month Jackson and Sexton could be in a real tug of war for the jersey – a fine headache for Joe Schmidt to have.

An emotional night for Toner

In addition to the aforementioned Jackson there were numerous stand-outs on an historic night for Ireland.

Every single player deserves credit but British & Irish Lion Conor Murray was superb – he scored an important try, tackled everything that moved and even did a passable impression of a flanker with a couple of magnificent breakdown turnovers.

Iain Henderson also got through a mountain of work while Luke Marshall – in his first international since 2014 – looked right at home in midfield as his clever kick created Jared Payne's first-half score.

But a big mention to man of the match Devin Toner, the towering lock was ubiquitous and dedicated his award after the final whistle to his father who died a fortnight ago unexpectedly.

For a first game in charge this will have been tough to take for Springbok head coach Allister Coetzee.

Put simply, his side made too many mistakes and failed to make their possession, territory and numerical advantage count.

Debutants like Faf de Klerk got invaluable experience and there are two more Tests this summer to seek revenge over Ireland.

And the former Stormers head coach will be telling his side the only way is up from here with a series still to play for – the Boks will bounce back, you can be sure of that.

The future is green

In other good news for the men in green, their Under-20 side beat the defending champion Baby Blacks on an historic afternoon at the Manchester City Academy System.

Max Deegan got the historic match-clinching try as the Ireland U-20s became the first Irish men’s rugby side ever to beat New Zealand in any age group.


Nigel Carolan’s side beat Grand Slam winners Wales earlier this week but were not fancied against a New Zealand side that had hammered Georgia 55-0 and scored nine tries in mid-week.

But Ireland fought superbly and built on a 20-14 half-time lead to leave them on the verge of the semi-finals, if they can beat Georgia on Tuesday.

Ireland News
Previous story On This Day: Bentley runs rings round Gauteng in 1997
Next story Lions Angles: Review of the Weekend