With less than a year to go until the British & Irish Lions tour New Zealand, England held on to claim a superb southern hemisphere scalp in Brisbane on Saturday. [more] 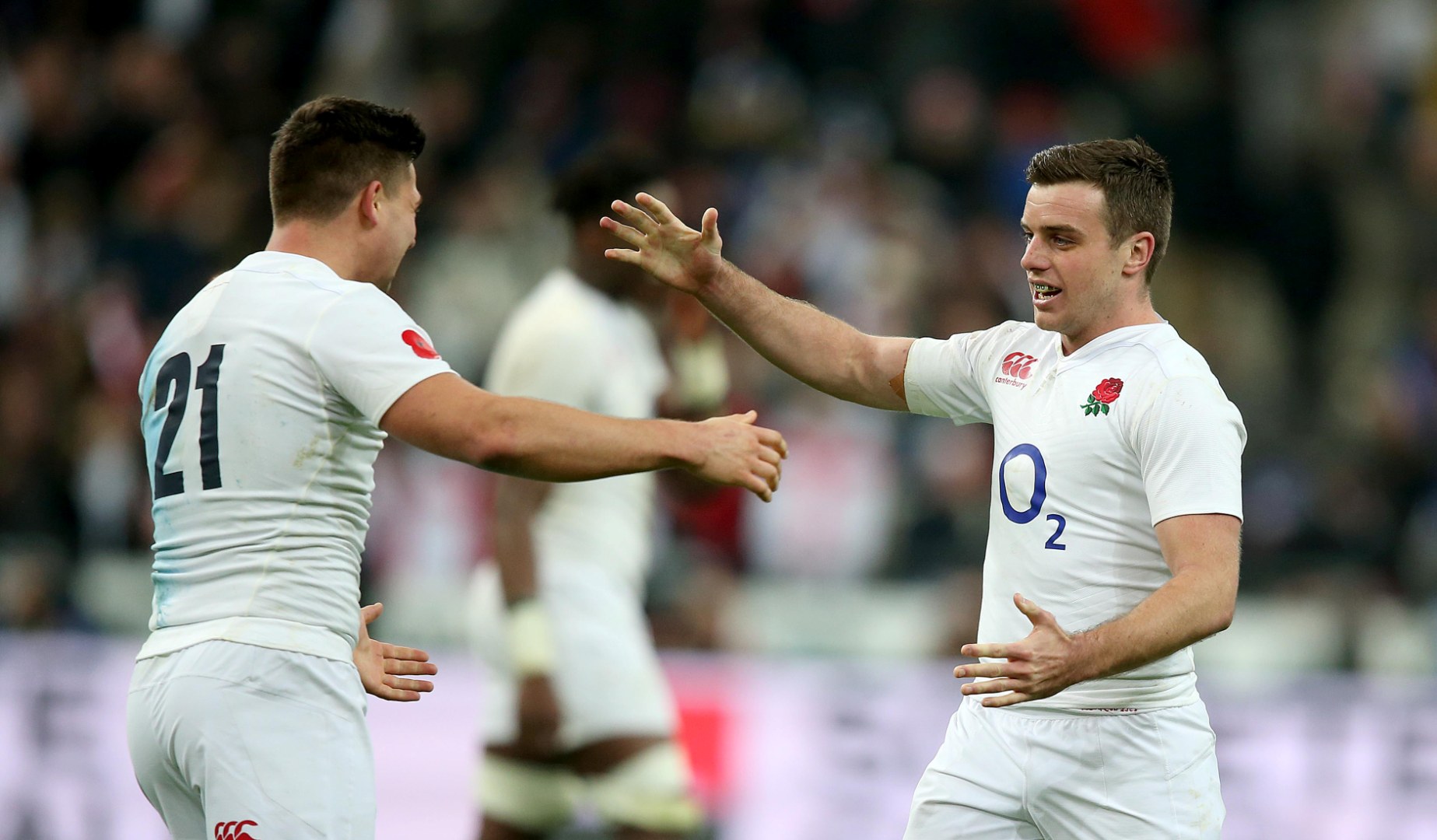 With less than a year to go until the British & Irish Lions tour New Zealand, England held on to claim a superb southern hemisphere scalp in Brisbane on Saturday.

Wales ran world champions New Zealand so close in Auckland this morning and Eddie Jones’ side then produced a stunning comeback to claim their first win on Australian soil in six years.

The Wallabies outscored the Red Rose four tries to three and were pushing hard in the final moments but Jack Nowell’s late score sealed victory and claimed a measure of revenge for England’s World Cup defeat to the same opponents last year.

Here are five things we learned from an enthralling clash at the Suncorp Stadium:

Only two weeks ago George Ford was having a torrid time against Wales, particularly from the kicking tee, and he seemed to be carrying the weight of the world on his shoulders.

British & Irish Lion Owen Farrell was moved from inside centre to the No.10 shirt for the Suncorp clash and Ford looked like he might be kicking his heels on the bench for some time.

But after a slow start to the first test that saw Australia score two tries, Luther Burrell was taken off and the Ford and Farrell axis at 10-12 returned.

And Ford was soon back to his magnificent best, pulling the strings in fine fashion.

A superb long pass off his left hand released Marland Yarde for England’s second try and he followed that up with a sublime dink in behind in the final minute of the game to release Nowell.

Ford’s purring again and with Farrell alongside him kicking goals for fun – the Saracen finished with 24 points – England are not short of playmakers.

How good was @jameshaskell today. What a machine ?? what a record for @maroitoje too. Started 24 games this season, won 24!! #Champion ?


Haskell’s getting better with age

The Australian back-row of David Pocock, Michael Hooper – who scored two tries – and Scott Fardy are as good as it gets in world rugby.

But on Saturday honours went to James Haskell who made a staggering 18 tackles as England’s forward pack rolled up their sleeves and fought fire with fire up front.

The Wasps man – whose searing break set up Yarde’s try – finished as the man of the match for his efforts and with Chris Robshaw and Billy Vunipola England have found a good balance in the back row.

The likes of Jack Clifford and Teimana Harrison are pushing hard but Haskell is a man on a mission and England have Melbourne and the second Test in their sights.

Sympathy to Luther Burrell who was superb against Wales a fortnight ago but Eddie Jones is a man not afraid to make the big call and after Australia made early inroads a tactical change was needed.

That unfortunately meant Burrell was taken off before the half-hour mark but the gutsy call paid dividends as England turned a 10-0 hole into a 39-28 victory.

Jones’ role in England’s role reversal since the World Cup disappointment cannot be overstated and along with his coaching team of Paul Gustard, Steve Borthwick and Neal Hatley they have worked wonders.

England's set of forwards pack a real punch now and they more than matched the Wallabies up front to milk penalties that Farrell slotted time after time.

Lions fans will not need reminding about Israel Folau’s brilliance after his stunning showings against the tourists in 2013.

And the full-back was back to his very best for the Wallabies on Saturday in Brisbane – the same stadium he scored two tries in the first Test against the Lions.

Folau carried for 94m, beat four defenders and made three clean breaks and scored a try as the England back line struggled to contain him.

A mention too for fly-half Bernard Foley who – while wayward from the kicking tee – was magnificent with ball in hand as his passing unpicked England both before and after half-time.

England’s defence shipped four tries so there is work still to be done if they are to go home with a series victory over the three Tests.

The Northern Hemisphere strikes back

England had only won in Australia three times in their history before Saturday but they were superb in Brisbane to claim a spot in the record books.

Under Stuart Lancaster England managed a draw against South Africa in 2012 but could not beat New Zealand over three Tests in 2014.

But the progress is clear to see, Wales  pushed New Zealand so hard this morning and will be hoping of putting it right in the second Tests next weekend.

But Saturday is not over yet and attention now switches to Ireland as they aim for a first-ever win on South African soil.

News
Previous story On This Day: Bentley runs rings round Gauteng in 1997
Next story Lions Angles: Review of the Weekend