England and Ireland starlets through to semi-finals

Future British & Irish Lions could be competing in the World Rugby Under 20 Championship this summer - see how our four nations got on after the group stages wrapped up on Wednesday. [more] 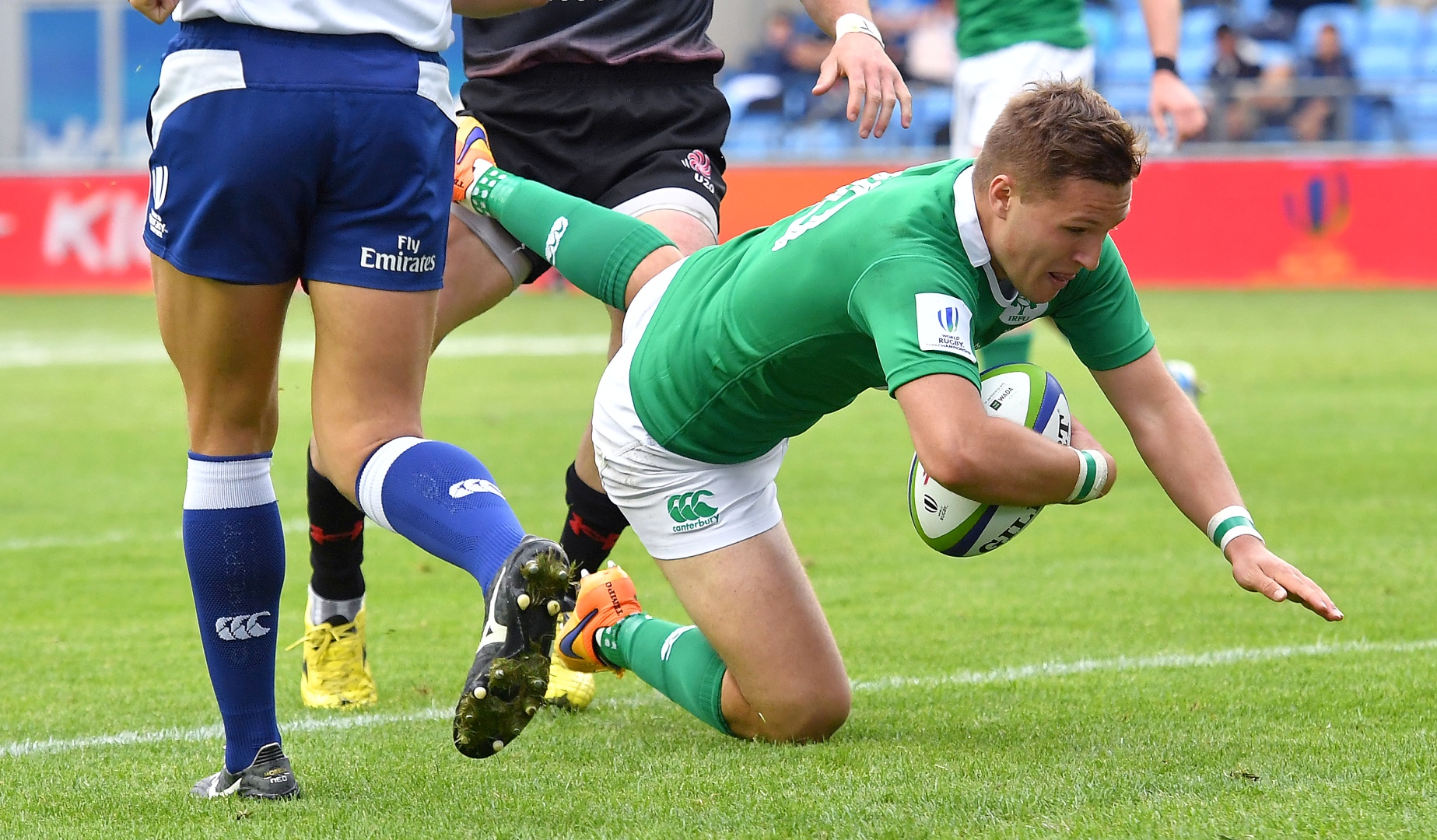 Future British & Irish Lions could be competing in the World Rugby Under 20 Championship this summer – see how our four nations got on after the group stages wrapped up on Wednesday.

It was joy for England and Ireland as they sealed semi-final spots against South Africa and Argentina respectively, while Wales went so close to toppling reigning champions New Zealand and Scotland saw off Italy.

Harlequins flyer Joe Marchant scored the try that turned the game on its head and helped send England into a semi-final against South Africa.

England were caught cold by Australia at the AJ Bell Stadium and trailed seven points at half-time, only for Marchant to race onto Northampton Saint Harry Mallinder's kick shortly after the resumption.

And in a thoroughly professional second half, England did not concede a point while Mallinder added a further six points with his boot to secure the win.

"We went into half-time behind, but there was no panic in the dressing room, the leaders spoke and we knew what we needed to do,” said coach Martin Haag. “It was always going to be tough against Australia, they are a great team.”

Joe Marchant gets on the end of a superb chip & chase to score for England?
Next up…SOUTH AFRICA??#WorldRugbyU20s pic.twitter.com/CPjwBY6uH2

After breathtaking wins over Wales and New Zealand, Ireland also suffered a slow start before coming back to beat Georgia and set up a semi-final clash with Argentina.

Georgia had taken a surprise lead but flanker Ilia Spanderashvili was sent off following an altercation moments later to leave the door open for Ireland.

They were 20-7 up at half-time as Ulster fly-half Johnny McPhillips collected a try, two penalties and two conversions after winger Hugo Keenan had raced over for Ireland’s first score.

Andrew Porter and Brett Connon bagged the try-bonus point in the second half to round off a memorable group stage for the boys in green.

Some win again by the @IrishRugby u20 side! Topped off with a front row try at the death! Adda boy!

But the night brought more heartbreak for Wales, as their last-gasp loss to New Zealand took the semi-finals out of reach.

Wales had also lost by one point to Ireland on the opening night but this one stung the greatest, as they led at the half 14-10 thanks to nine points from Scarlets fly-half Dan Jones and a try from Ospreys’ Joe Thomas.

Jones’ boot stretched their lead out to seven early in the second half only for the Baby Blacks – who also missed out on the semis – to come back and seal a 18-17 win with a 79th-minute Jordie Barrett penalty.

Scotland may have missed the semis but rounded off the group with a stirring fightback against Italy, who led 7-5 at the half.

Edinburgh’s Blair Kinghorn, Harlequin Robbie Nairn and Ally Miller raced over in a dominant second half to tie up the victory by 27-19.