Lions Angles: How the four home nations line-up this Saturday

Scotland join the party this weekend as the four home nations do battle again in the summer Test series. [more] 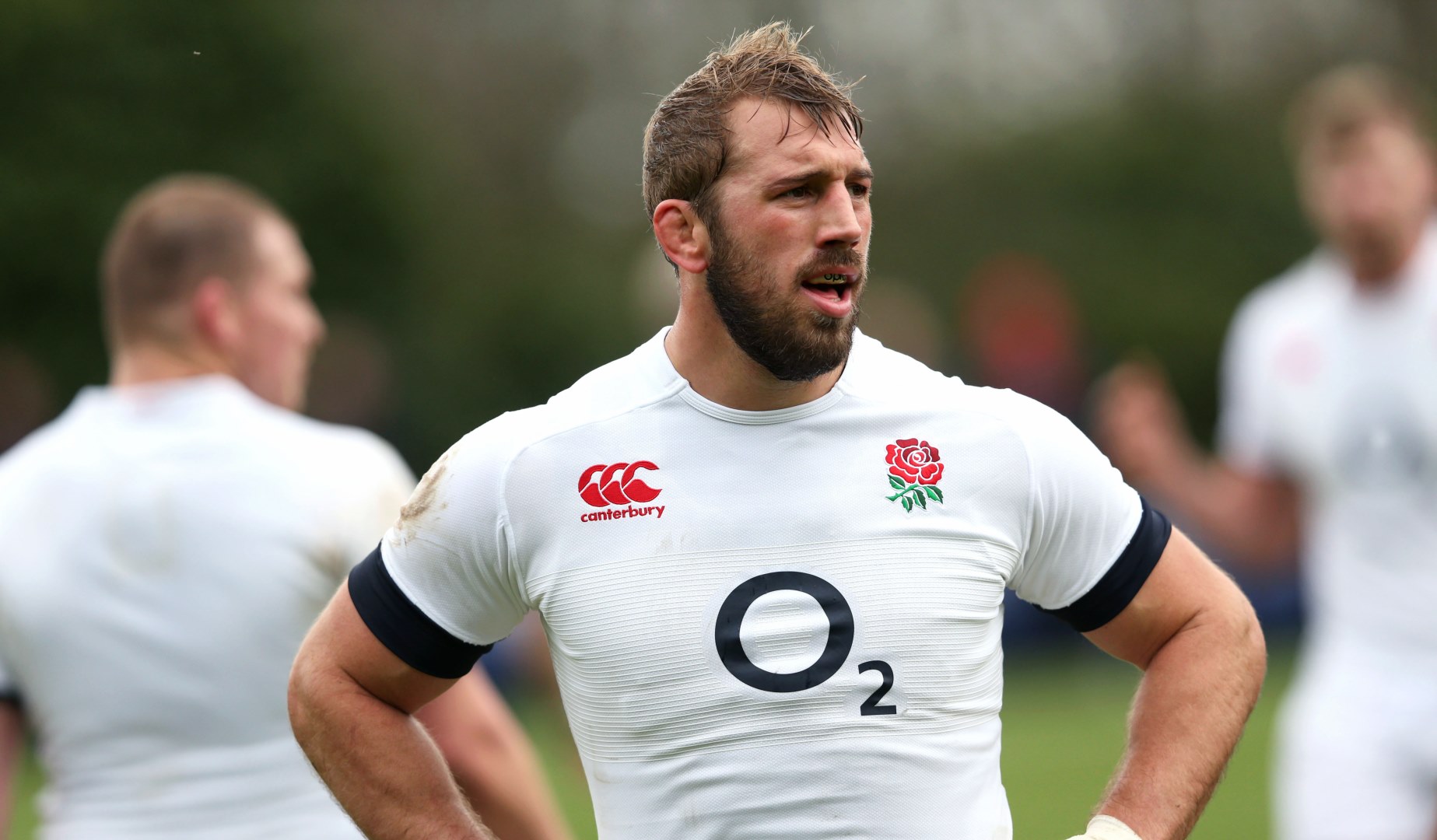 Scotland join the party this weekend as the four home nations do battle again in the summer Test series.

After a dramatic opening Saturday that saw England beat Australia and Ireland claim a first-ever win in South Africa – those two sides have historic series wins in their sights.

Meanwhile, Wales are looking to make amends against the All Blacks after their narrow defeat at Eden Park while Scotland kick off a two-Test series in Japan.

The British & Irish Lions Tour to New Zealand is now less than a year away and all eyes head to the southern hemisphere. Here are how the teams compare:

The headline inclusion here is Rhys Patchell, the 23-year-old was enjoying his off-season last weekend before being called up by Wales and now parachuted straight into the starting line-up.

Equally capable at fly-half, Patchell will need to be at his best in Wellington against the world champion All Blacks.

Elsewhere, Mike Brown holds onto the England No.15 jersey, Jared Payne will look to continuing his try-scoring form from Ireland’s first Test and 2013 British & Irish Lion Stuart Hogg will be hoping to continue from where he left off for Scotland in the Championship.

Liam Williams shifts to the wing from full-back for Wales after 2013 Lion George North’s injury while England’s Anthony Watson will look to build on what was a quiet first Test performance in Brisbane.

Tommy Seymour continues for Scotland while Andrew Trimble will be hoping Ireland can keep 15 men on the field so he can star at wing – rather than as a makeshift flanker where he spent a lot of Ireland’s first Test win over the Springboks.

Duncan Taylor – a domestic and European double winner with Saracens last month – will look to continue his meteoric year for Scotland.

Elsewhere, 2013 Lion Jonathan Davies, Jonathan Joseph and Robbie Henshaw all retain the No.13 jersey after strong showings in their respective first Tests.

Owen Farrell slides from fly-half to inside centre for England to accommodate his childhood friend George Ford while Stuart Olding gets the nod for Ireland over the unfortunate Luke Marshall who impressed in Johannesburg last weekend.

For Scotland Matt Scott deputises for the injured Alex Dunbar and Lion Jamie Roberts gets another go at the All Blacks.

Some young bolters have been given the chance to shine on the left wing this weekend – most notably Damien Hoyland who will make his first start for Scotland.

Craig Gilroy’s impressive season with Ulster earns him an international recall for Ireland while Jack Nowell’s late try off the bench in the first Test for England earns him a promotion.

Hallam Amos keeps the No.11 jersey for Wales and will be keen to make up for the injured North’s absence.

George Ford came off the bench in the first half to inspire England in Brisbane and gets the No.10 jersey back for Melbourne while Dan Biggar gets another go for Wales.

The two Jacksons – Ruaridh and Paddy – will pull the strings for Scotland and Ireland respectively. Ruaridh making his first start for Scotland at fly-half since 2013 and Paddy looking to build on a supreme showing at Ellis Park.

Two former Lions in Ben Youngs and Conor Murray will be hoping to guide their countries to historic series wins on Saturday.

Rhys Webb – a try scorer at Eden Park – will look to continue that form against the All Blacks for Wales while Scotland skipper Greig Laidlaw provides the steady hand on the tiller.

Lion Gethin Jenkins made a superb return to Warren Gatland’s starting XV last weekend against the All Blacks, making several key tackles and challenging at the breakdown, while Mako Vunipola combined his usual dynamic ball-carrying performance with a superb set-piece performance.

Jack McGrath excelled in Ireland’s spectacular 14-man win over South Africa at Newlands and stood up well in a weakened scrum. Alasdair Dickinson continues in an all-Edinburgh front-row against Japan.

Ken Owens started in place of Scott Baldwin and was a livewire around the park while he connected well with Alun Wyn Jones at lineout time.

Dylan Hartley led superbly and other than a few lineout wobbles was exceptional in leading England to just their fourth win on Australian soil, but Lion Rory Best probably deserves an award for leading 14-man Ireland to the unlikeliest of wins in South Africa.

Stuart McInally gets a rare Scotland start in place of former Test Lion Ross Ford, who is absent with a calf injury.

Dan Cole was part of a dominant English front-row in Brisbane, while Samson Lee stood up well against the Kiwis last week and he will need to be at his potent best in the scrum if Wales are to clinch a first win in New Zealand.

Leinster’s Tadhg Furlong gets the nod to start ahead of veteran Mike Ross for Ireland and Scotland’s standout tighthead WP Nel will look to pick up where he left off against the Japanese in the 45-10 Rugby World Cup win.

Luke Charteris is rewarded for a battling performance against the Chiefs mid-week and comes in for Bradley Davies.

Maro Itoje continued his meteoric ascension with another assured performance for England against the Wallabies and Devin Toner will be hoping for more of the same against the Springboks at Ellis Park.

Castres’ season finished just in the nick of time for Richie Gray to start for the 15th time with brother Jonny against Japan at Toyota City Stadium.

Centurion Jones was immense against the All Blacks, acting as a first receiver to create Taulupe Faletau’s first score and if Wales want to topple the Kiwis, they will need Alun Wyn at his very best.

Kruis and Itoje are in fine form and will continue their remarkable partnership in the second Test, Quinn Roux will be hoping he can make a similar impact on his Ireland debut.

Gray the younger returns for Scotland for the first time since their landmark Championship win over France earlier this year.

Ross Moriarty ran himself into the ground as Wales strove for their first ever win on Kiwi soil and though they came up short, he will be hoping for another big performance and Vern Cotter will be hoping for similar endeavour from John Barclay when he starts at six against Japan.

Chris Robshaw was intense and industrious in England’s win and the former captain will win his 50th Test cap against the Wallabies in Melbourne.

Iain Henderson is another whose reputation just keeps growing and he starts in the less familiar position of blindside flank, but has the pace and carrying ability to excel.

Sam Warburton showed no signs of ring rust last week, turning in a superb shift after six weeks on the sidelines with a shoulder injury and fought well at the breakdown with Sam Cane.

John Hardie continues for Scotland at No.7 but James Haskell won himself a legion of admirers for his man of the match performance against Australia. He was everywhere – carried like a man possessed and was relentless in defence. Rhys Ruddock comes in to start for Ireland.

2013 Test Lion Taulupe Faletau was exceptional against New Zealand. He has deft handling skills for a big man and repeatedly showed his pace, power and expertise – he fully deserved his try.

By his own standards, Billy Vunipola had one of his quieter England games. He was well-marked by Australia and freed up space for the likes of Haskell to make good yards. As always he will be critical for England.

Ryan Wilson is preferred to David Denton as the No.8 for Scotland while Jamie Heaslip was invaluable for the Irish at Newlands and is one of Joe Schmidt’s key deputies.

Other eye-catching replacements include Sean Reidy and Tiernan O’Halloran who could make their Ireland debuts if they come off the bench.

Ellis Jenkins has shaken off a knock from his debut at Eden Park for Wales while Lion Sean Maitland settles for a bench spot for Scotland.