Ireland have the chance to secure a first Test series win in South Africa, England can repeat the feat on Australian soil, Wales will look to turn a hugely promising first-half into a Test triumph against the All Blacks and Scotland aim to extend their unbeaten Test record against Japan. With less than a year to go until the 2017 British & Irish Lions tour we have our eyes on all the action. [more] 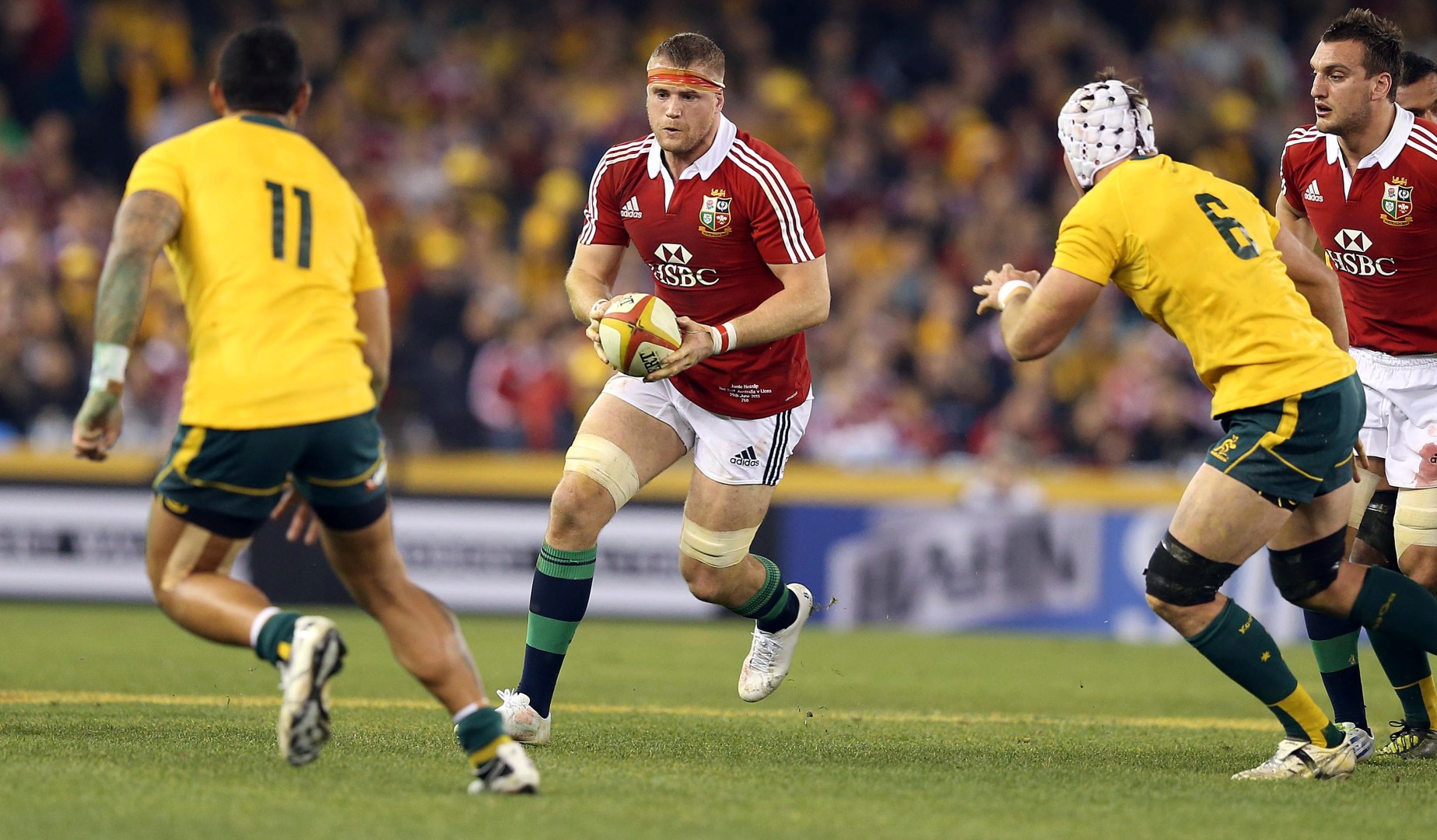 Ireland have the chance to secure a first Test series win in South Africa, England can repeat the feat on Australian soil, Wales will look to turn a hugely promising first-half into a Test triumph against the All Blacks and Scotland aim to extend their unbeaten Test record against Japan. With less than a year to go until the 2017 British & Irish Lions tour we have our eyes on all the action.

Wales gave the All Blacks a fright, but as England found out in 2014, getting over the line is a different proposition and one that only gets harder as the series wears on.

Warren Gatland’s men face a gargantuan task in Wellington – where the Lions play their second Test on July 1 next year – but having led the All Blacks 21-18 at half-time, they know they have the players to trouble Steve Hansen’s side.

Liam Williams was exceptional at Ellis Park, Taulupe Faletau bested Kieran Read for the first 40 minutes, Sam Warburton emerged unscathed from his first game in six weeks and Ross Moriarty continues to prove himself a more than able replacement for the injured Lion Dan Lydiate.

George North limped out of the tour with a hamstring injury, but his replacement Rhys Patchell has had a superb season and brings a third kicking option.

Luke Charteris is in strong form and starts ahead of Bradley Davies, with Gatland demanding an 80-minute performance.

Gatland said: "We've spoken about momentum, about taking the game to New Zealand and wanting to put them under pressure.

“We have to keep playing for 80 minutes and take risks for those 80 minutes – you have got to be positive against the best teams.”

Eddie Jones’ men go in search of history at AAMI Park on Saturday. A first ever Test-series win on Australian soil and second spot in the world rankings await if Dylan Hartley can lead his men to victory again.

A reinvigorated George Ford and Jack Nowell are rewarded with starting berths as the fearless Jones tinkers with his winning side form a week ago.


Michael Cheika is not the sort of coach to take defeat lying down and in Israel Folau and Bernard Foley, they have players capable of turning any game on its head, so Jones is urging his men to up their standards yet again.

"Physically, this week they've been at their best so we're anticipating an even better performance,” he said.

"We need to get better this week in the set piece. Our scrum was good last week but we really want to dominate and our line-out – both locks last week were off the pace and not at their absolute best.”

Vern Cotter has handed a debut to Edinburgh winger Damien Hoyland and a first start at fly-half since 2013 for Ruaridh Jackson.

The New Zealander has been hampered by injuries and makes five changes to the side that finished the 2016 Championship, but he will nevertheless be hopeful that Scotland can continue their unbeaten Test record against the Japanese.

VIDEO | Today we’re at the Toyota Stadium with the team, chat with Captain Greig Laidlaw plus take a little tour! https://t.co/cAGR2lXIn9

The Brave Blossoms are  without totemic captain Michael Leitch, scrum-half Fumiaki Tanaka and Toulon-bound Ayumu Goromaru on Saturday, but despite their notable absentees, Cotter is wary of the hosts.

"We picked a strong squad who will run out against a Japanese team on a revenge mission, following our win in the Rugby World Cup," he said.

Fergus Slattery has twice been a winning Lion. In 1971, aged 22, he toured New Zealand with the Lions and though he made no Test starts in the 2-1 series win, he started every Test as the ‘Invincibles’ went unbeaten in South Africa three years later.

Speaking to Lionsrugby.com, Slattery was full of praise for Joe Schmidt’s men after their 26-20 triumph at Newlands, but he insisted that after overcoming that huge obstacle, nothing less than a series win would suffice.

“Saturday was probably the greatest day in Irish rugby history – with the U20s beating the Baby Blacks and then that happening – it was fantastic,” he said.

“In 1981 we came so close in both Tests, in fact after the second Test that we should never have lost, the Springbok captain actually came up to me after the final whistle, shook my hand and apologised.

“So I know just how hard it is to win in South Africa – we were as close as you can be to winning without doing it.

“That will be a massive release for the next sides that tour their now – the monkey is off their backs.

“And for the second Test as well, these are young guys who now know they can beat the Springboks and that is massive thing – it has levelled the playing field.”

New Springbok coach Allister Coetzee would have wanted a winning start to his tenure and has largely kept faith in the side that fell to a maiden home loss to Ireland.

Elton Jantjies starts his first game at fly-half for the Boks, while they have also lost lock Lood de Jager to injury.

Though Slattery expects victory, he admitted he does not mind waiting till the third Test for history.

He said: “It is incredible really, but winning the series now would be the icing on the cake and a phenomenal achievement.

“I would be disappointed now if they cannot finish it off, either in the second or the third Test – I don’t mind which!”

Head to head: Where are the key battlegrounds?

Liam Williams was at his absolute best against the All Blacks at Eden Park – assured under the high-ball and slicing through the Kiwi line on numerous occasions in attack.

Waisake Naholo was devastating in attack, scoring twice, but Williams too was sensational and if can keep a lid on the Highlanders winger while continuing to excel in attack, it could prove profitable for the Welsh.

Bernard Foley was instrumental in sending England out of their home Rugby World Cup and threatened to be the scourge again for the first half an hour in Brisbane before George Ford managed to take control for the Red Rose.

Ford has won two of the three games he has played against Australia and did not start in the World Cup loss, if he thrives, expect England to follow.

Former back-rower Stuart McInally starts in place of the injured Ross Ford and is up against experienced Sunwolves hooker Shota Horie.

McInally has worked hard on his throwing, but he is not as experienced at the line-out as Ford and must find his range quickly on in just his second start against a well-drilled Japanese side.

Francois Louw is one of the world’s best at snaffling turnover ball. CJ Stander’s replacement Rhys Ruddock may not be an openside by trade, but he is a special athlete and Schmidt will need him at his absolute peak if the Irish are to succeed.

A South African backlash is seemingly inevitable, if Ruddock can get the upper hand at ruck-time, he could temper that retort and establish a foothold from which Ireland can launch their attack on history.

Israel Dagg returns from international exile to make his 50th Test appearance at the expense of Julian Savea, while Sam Whitelock returns for a remarkable 74th cap at just 27 years of age.

Naholo stole the show last weekend and with Savea gone, he could be the main man once again. Patrick Tuipulotu and Ardie Savea both excelled from the bench last week and with the All Black replacements proving so critical last weekend, expect more of the same at Westpac.

Ryan Crotty and Malakai Fekitoa were solid last time out, but with big Seta Tamanivalu in reserve, they will be looking to further press their long-term claim to the centre jerseys.